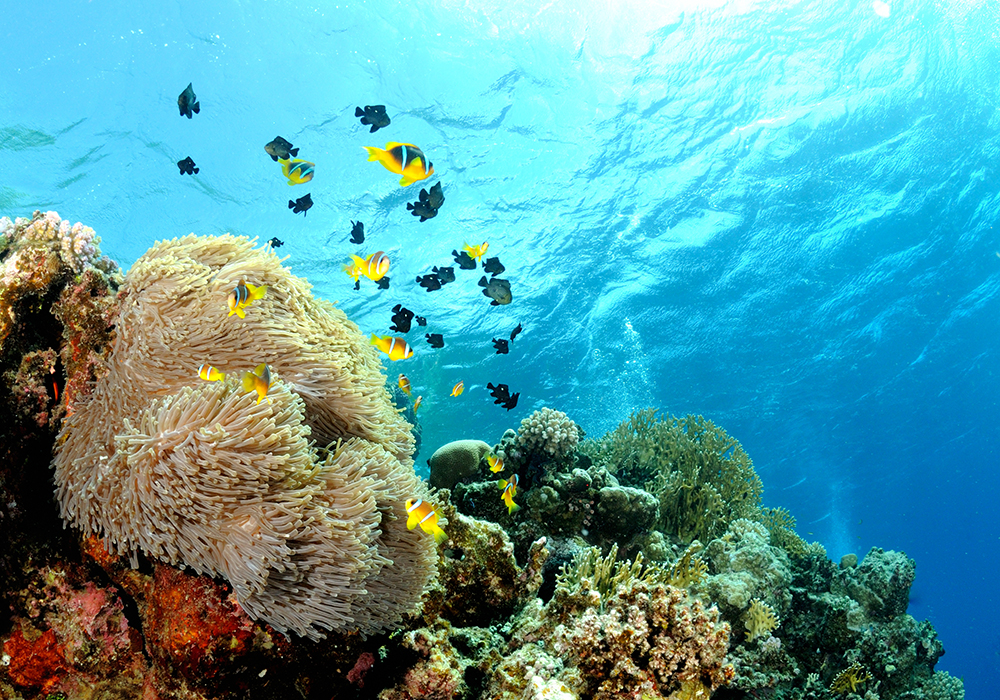 I came across this anemone on a well-known dive site in the northern Red Sea; it’s a great looking animal and possibly one of the busiest I’ve ever seen.

Folks familiar with anemones will recognize it as the magnificent anemone, Heteractis magnifica.  This is a widespread species, found not just in the Red Sea, but across to the western Pacific, so across its range there’s quite a few species of clownfish that call it home.  These attractive fish are Amphiprion bicinctus, a species found in the western Indian Ocean, Red Sea, and the Chagos Archipelago.  I must admit to not knowing they were found as far south as Chagos, but I think fishbase.org should be trusted. 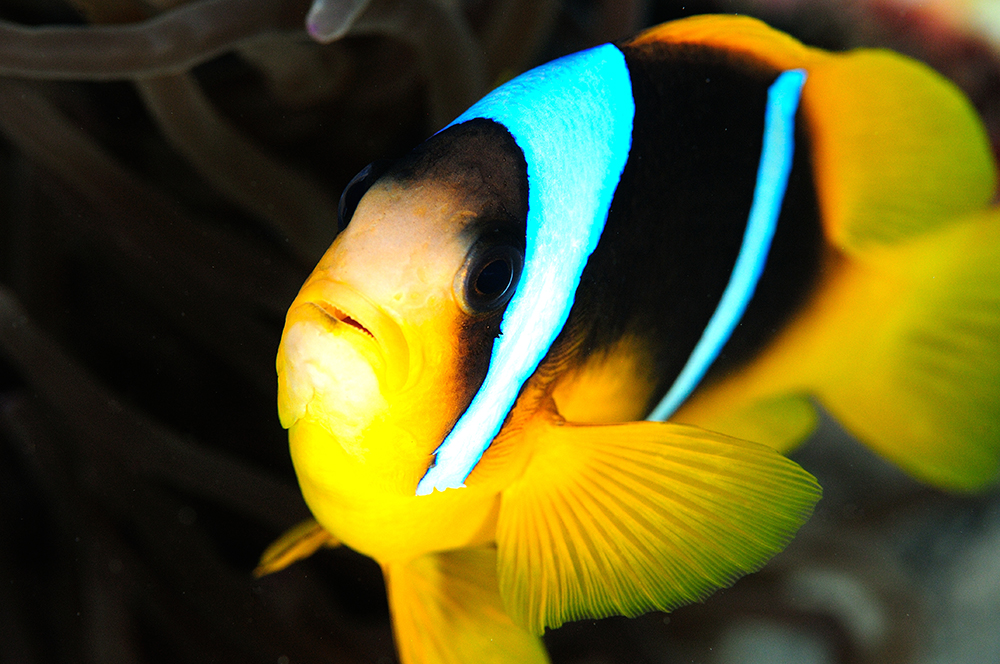 Darker colouring (and size) on this A. bicinctus marks it as an adult

If you have a look at the main image, or the one below, you can count well over a dozen clowns of various ages, and in the bottom image I think there are at least fifteen. 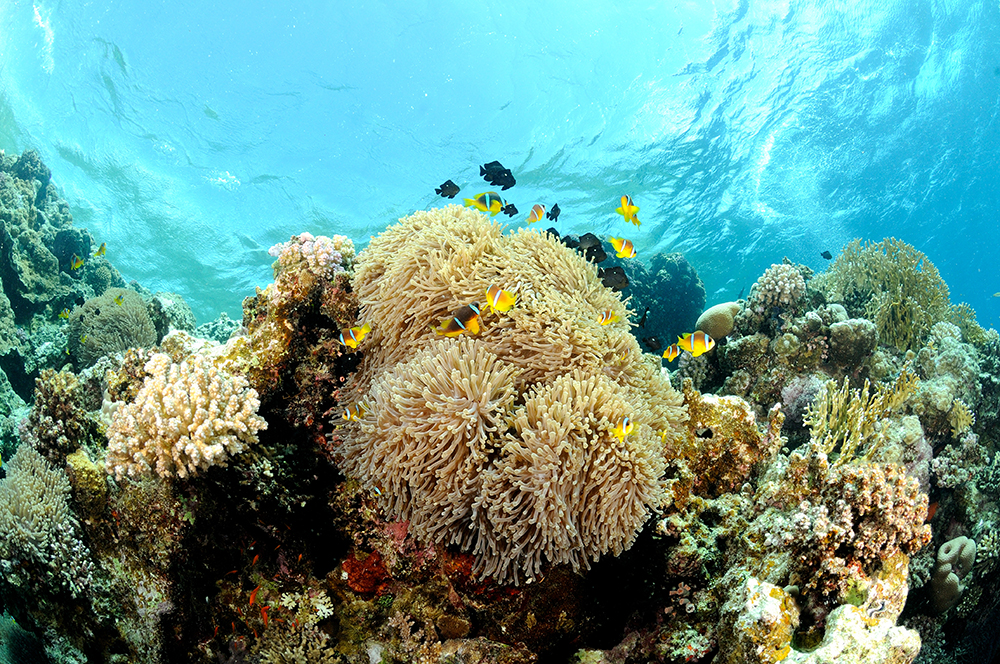 The other fish present is, of course, the domino damsel, Dascyllus trimaculatus, a fish that is still occasionally seen in the aquarium trade, despite its unsuitability.  It might start off small and cute, but it quickly grows and turns into a territorial bully.  When younger though, they spend a lot of time sheltering in and around anemones. 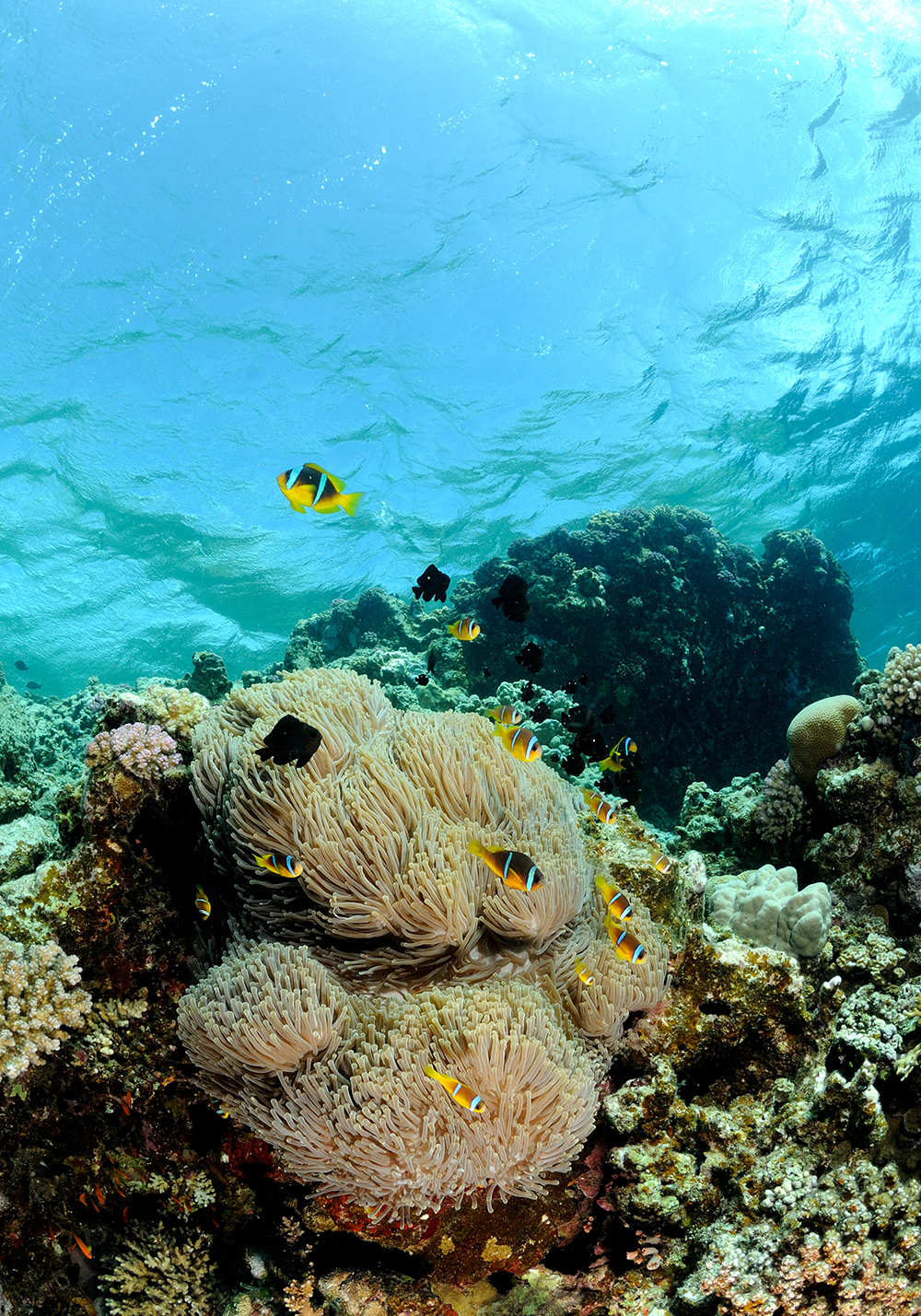