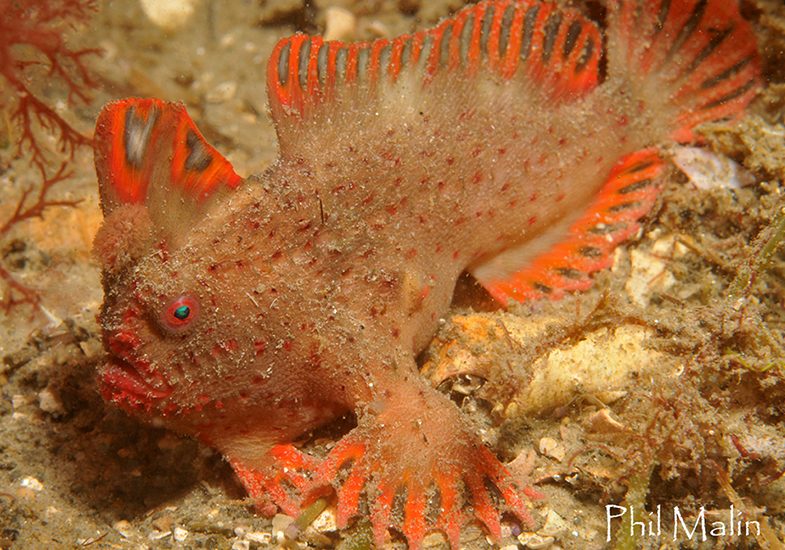 The Red Handfish (Thymichthys politus) is one of the world’s rarest fish. Thanks to a lucky discovery the known population has just doubled in size. A new group of these fish were just recently discovered off the coast of Tasmania, Australia.

The newly discovered colony of rare Red Handfish could optimistically double their total population to 80 individuals. The Red Handfish gets its name from the hand-shaped pectoral fins which are used for walking on the seafloor. The fish doesn’t really swim – it walks slowly along the seafloor in search of prey.

Until recently, researchers said they were aware of only one colony of this critically endangered animal, with around 20 to 40 fish. It only makes sense that MORE