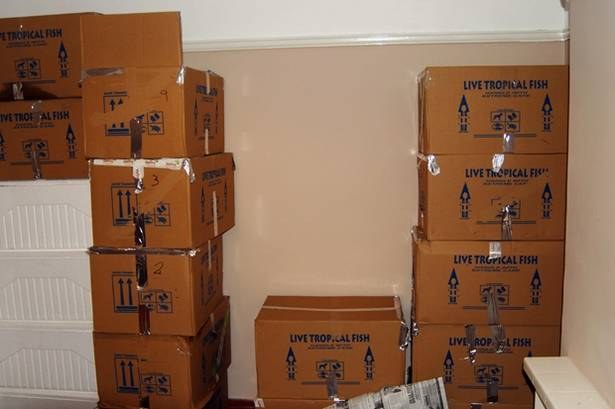 Olaf Urlik (33) and Norbert Jarzabek (32) were sentenced to 11 years in jail for attempting to smuggle an estimated £1.6m/$2.5m worth of Colombian cocaine into the UK.  The cocaine was first dissolved in fluid then bagged.  These bags were then placed inside larger bags containing live tropical fish.

A shipment of 25 boxes of nearly 550 tropical fish arrived at Heathrow Airport on July 9, 2011.  These boxes were labelled “Live Tropical Fish, Handle With Extreme Care,” but 10 boxes also contained 17kg (37lb) of dissolved cocaine.  The shipment was left at the airport for 2 days before it was claimed by the two men.  Immediately after, law enforcement arrested the two men at their Nottingham flat

Only 34 fish survived and are currently being cared for by the London Zoo. According to the Serious Organised Crime Agency (SOCA), Urlik and Jarzabek left over 16,000 fish to die on previous trial runs.