The effects of UV radiation on the health of Porites furcata 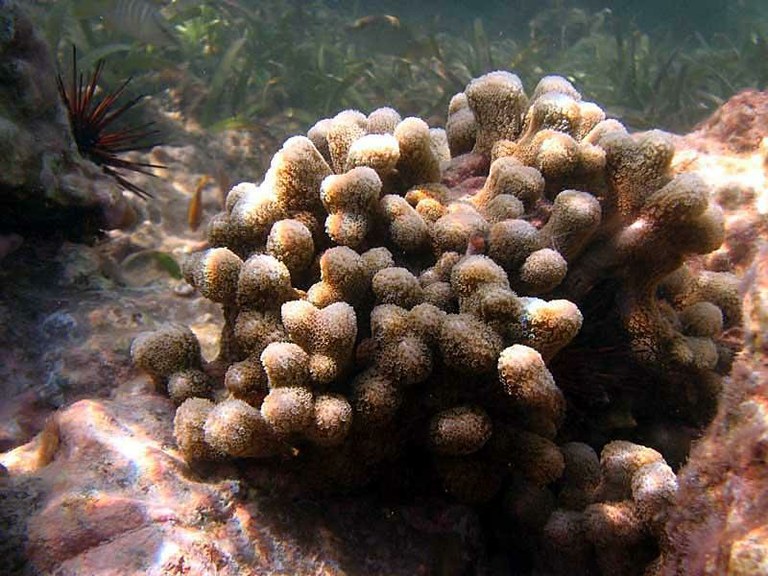 
In their report “Effects of UV radiation on the growth, photosynthetic and photoprotective components, and reproduction of the Caribbean shallow-water coral Porites furcata” researchers Torres-Pérez and Armstrong tested how one species of Caribbean coral, Porites furcata, is affected by ultraviolet light.

Specifically Torres-Pérez’s group wanted to know how UV radiation (UVR) would affect things like growth rates, photosynthesis, UV protection, and coral reproduction in this particular coral. They designed their experiment to subject specimens of P. furcata to the following lighting conditions:

For growth rate, they dyed coral colonies with a red dye called alizarin red. This dye stains any calcium-containing material red and branch growth is measured using a calipers after the coral has grown for a couple months. Photosynthetic and photoprotective compounds were measured with an instrument called a high-pressure liquid chromatograph (HPLC) and reproductive potential was measured after histological analyses.

The researchers found that increased UVR had a negative impact on both growth rate and photosynthetic pigment concentration in P. furcata.

Torres-Pérez group concluded that “while several physical factors may influence reef coral physiology, the results suggest that slight increases in UVR can debilitate the skeletal constitution and severely reduce the fecundity of corals living in shallow waters.”