The fish that get in the way 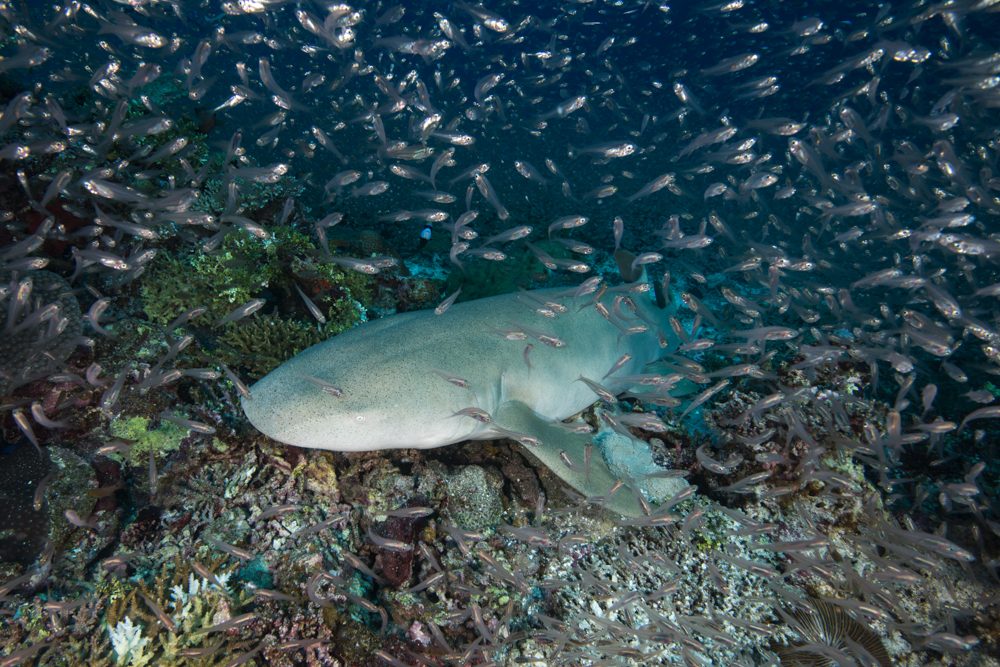 Mostly I like fish, and I imagine most folks reading this have a fondness for them too!  Sometimes though, in some circumstances, fish can just get in the way of a good photo.

The image above was taken towards the end of a dive in the Maldives; we knew roughly where the nurse shark had been seen before and I really wanted to get a shot of one of these impressive animals.  The issue was the glass fish – shoals of them that kept opening up and then recombining to the point where I lost any sense of direction.  Every so often I’d see the reef floor and then it would be gone as thousands of these silver fish flashed around me.  Imagine my surprise then when the shoal parted and I was a meter away from my quarry.  Instinctively, I fired my shutter with little regard for camera settings and the startled fish turned tail and sped off.  I imagine it was less surprised than I was, what with all those extra fancy senses that sharks enjoy.  I suspect though that without the glass fish hiding me to some extent, I may not have gotten so close. 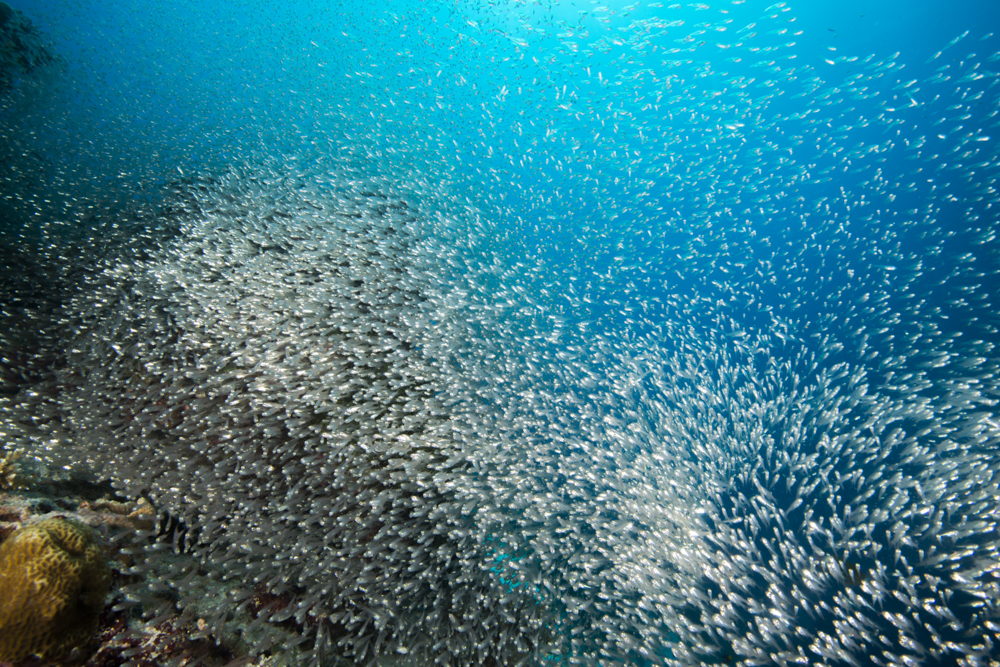 So what are all these fish? Often divers just call them glassfish, for obvious reasons, but that’s not a useful name given the numbers of fish, both marine and freshwater, that share the title. 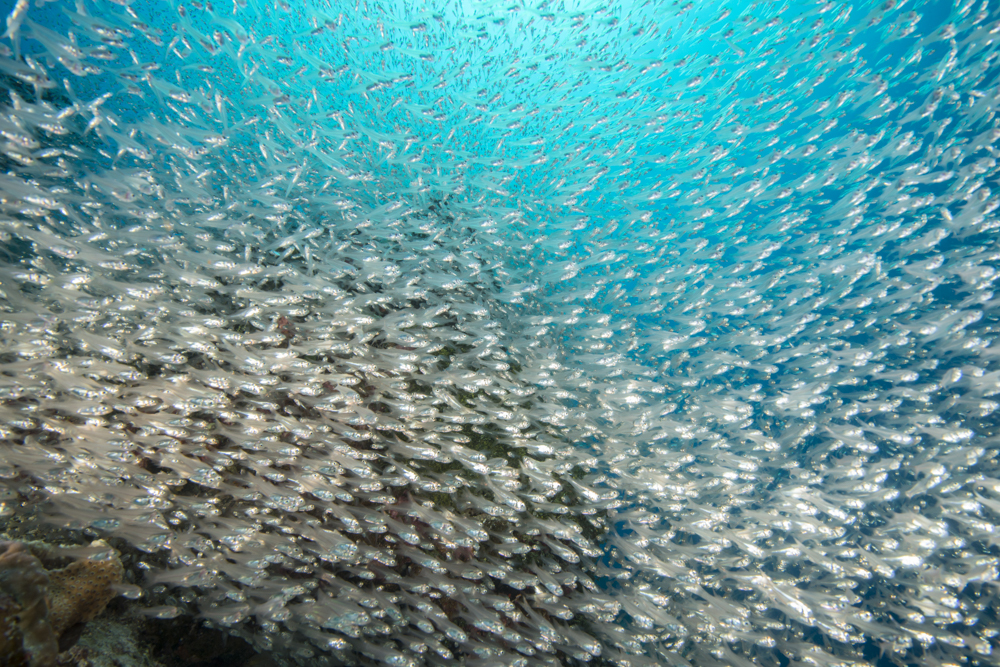 As you can see these fish live in shoals of thousands and as they move, in response to the movements of the their nearest neighbors, dazzling and rather beautiful patterns arise, which are not that easy to show in a still image.  They feed on zooplankton.

I believe these fish to be Sweepers in the genus Parapriacanthus, but I’m not sure on the species.  P. ransonneti is most commonly cited, but these specimens do not have much, if any, of the color associated with this species. Am I missing something obvious and showing my ignorance?  Presumably I’m seeing one of the ten or so species not listed in my ID book? 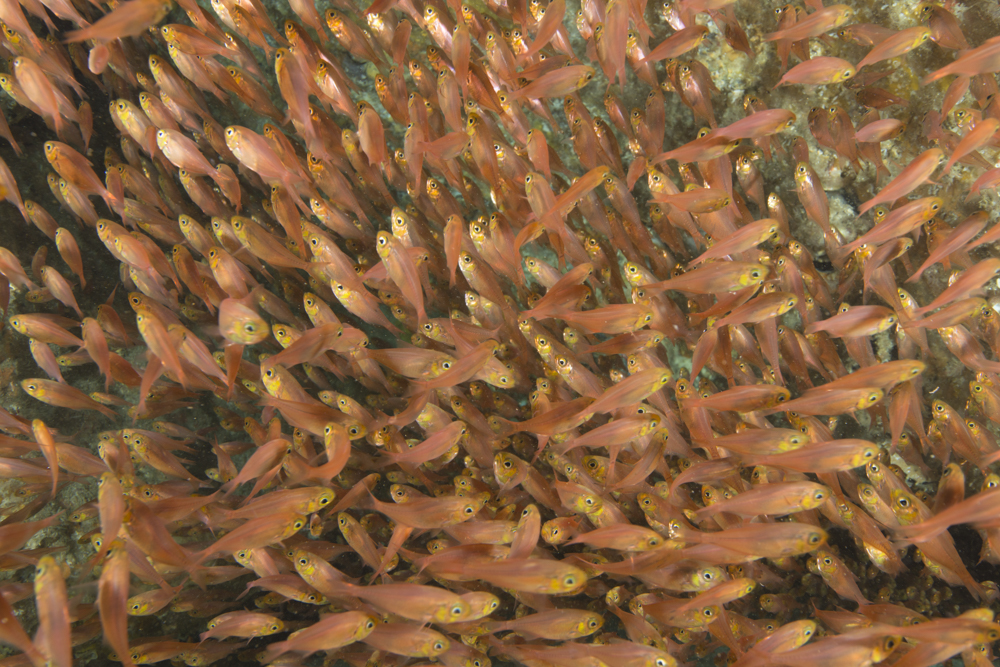 Surely these are P. ransonneti (from the Red Sea), showing their typical color? 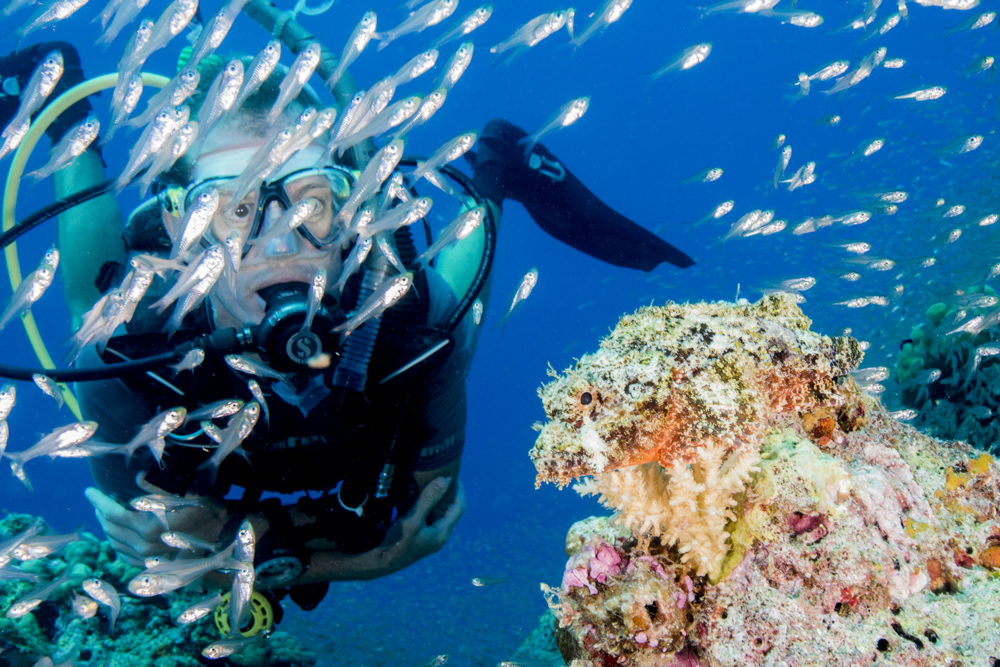 My last image shows these bothersome (in this instance) little fish ruining a shot for me.  We’d found this small scorpionfish doing its best to not be noticed atop a bommie, and I thought it would work if we set up a shot for the  ‘diver looking at something’ category.  As you can see, the sweepers were not helping and I had to repeatedly swim away and then swoop in to try and scare them away.  This was the best I could manage.

I’m now going to look for shots where sweepers have helped create a better image.