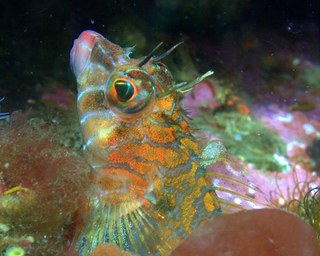 
The gastrointestinal system in fish is much more sensitive to temperature changes than previously believed and may even be a limiting factor for the distribution of species, a thesis from the University of Gothenburg shows.

By looking at how gut function in various fish species is affected by both rapid and slow changes in water temperature, we can better understand what will happen to different species when the climate changes.

“When the temperature of the water rises, the fish’s body temperature climbs, activity in the gut increases, and more energy is needed to stay healthy,” says researcher Albin Gräns,who has studied various species in both saltwater and freshwater environments in western Sweden, California and Greenland.

Ectothermic animals are cold-blooded victims of their environment

“Since changes in body temperature affect virtually all of a fish’s organs, it’s surprising that we know so little about how temperature changes impact on their physiology,” says Gräns.

His research shows that some species may find it harder to absorb nutrients as water temperatures rise, while others could profit from the new climate.

“If the water temperature in the Arctic rises further, some sedentary immobile species, such as various types of sculpin, will probably struggle to maintain blood flow in the gut during the summer months, which will affect their health,” he explains.

Other fish, such as those currently living at the lower extremes of their possible distribution, could instead benefit from a slightly higher temperature. The effects of a rise in water temperature will therefore vary between species, and many of the changes are difficult to predict.

“Our work is largely about trying to identify the physiological bottlenecks, in other words which parts of the body will fail first – whether the heart or the gut is the most sensitive part of the system.”

Turning food into nutrition requires the gastrointestinal system to function properly. Fish turn out to have guts that are highly sensitive to changes in water temperature, and many temperature-regulating behaviours observed in fish can probably be due to that the fish put down to attempts to maintain or maximise gastrointestinal function.

“By eating at one temperature and then swimming off to another temperature to digest the food, fish can exploit areas that might otherwise be harmful to them,” says Gräns.