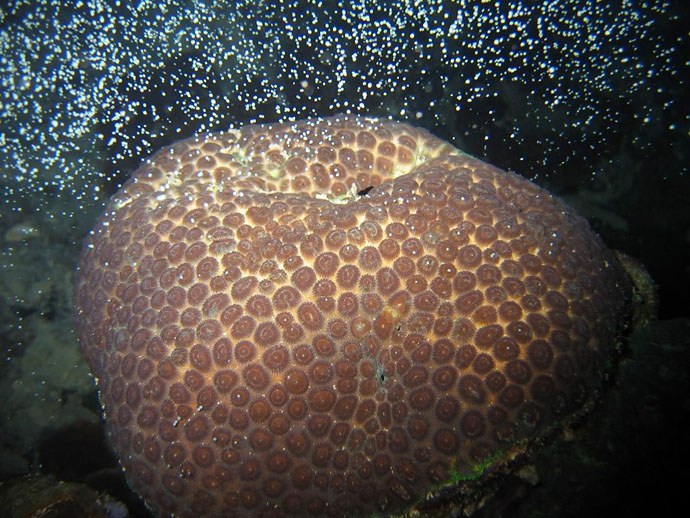 “We found that at higher temperatures more coral larvae will tend to stay on their birth reef,” says the lead author of the study published today, Dr Joana Figueiredo from the ARC Centre of Excellence for Coral Reef Studies (Coral CoE) at James Cook University.

“This is good news in an otherwise cloudy picture for isolated reefs, because in the future they will be able to retain more of their own larvae and recover faster from severe storms or bleaching events,” she adds.

“The loss of connectivity can make reef systems such as the Great Barrier Reef more vulnerable,” he said.

“So interconnected reef systems that depend on the recruitment of coral larvae may take more time to recover after a disturbance, such as a cyclone, because fewer larvae will disperse from other reefs to the disturbed reef.”

Professor Connolly adds that weaker connections between reefs means warm-adapted corals, such as those in the northern Great Barrier Reef, may take longer to expand their ranges to the south.

Similarly for isolated reefs, Dr Saki Harii from the University of the Ryukyus says, “While isolated reefs can retain more of their own larvae, this also leaves them with fewer possibilities to change their species composition to adjust to climate change.”

Professor Andrew Baird from the Coral CoE says the implications of the research present management with both challenges and opportunities.

“Our results demonstrate that global warming will change patterns of larval connectivity among reefs. On a positive note, the stronger link between adults and recruits means an even greater benefit if we reduce local threats such as dredging and fishing methods that can damage corals,” Professor Baird says.

Nevertheless, he explains, “This does not reduce the need for global action on climate change.”