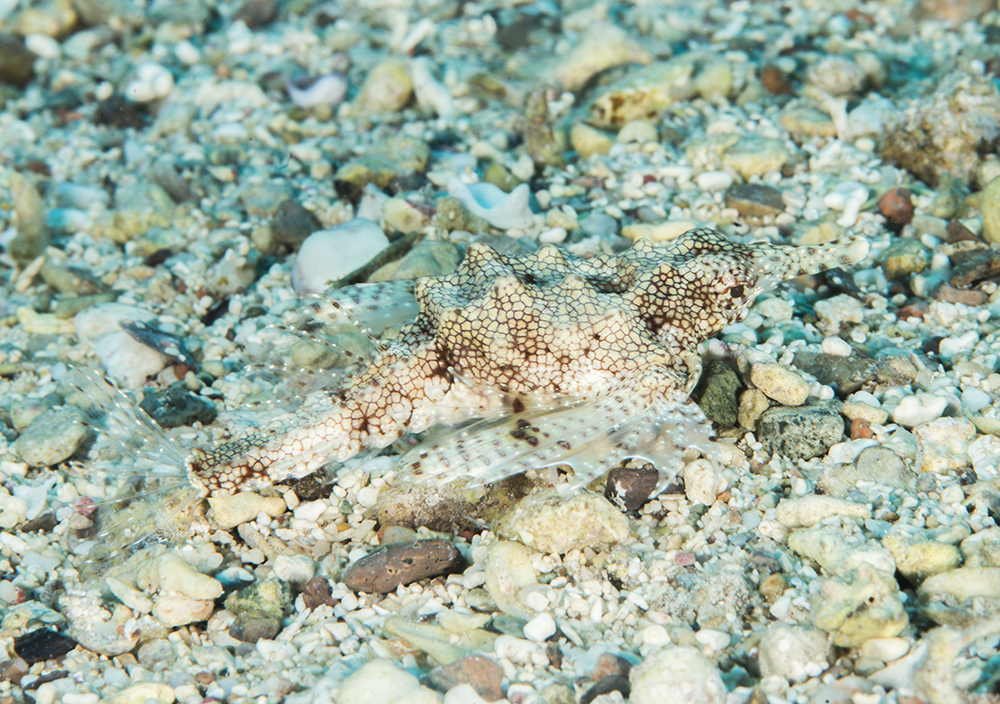 My guidebook to Red Sea fishes says of the Little Dragonfish: ‘Rarely seen, but probably more common than thought’  I tend to agree; it took two of us almost an entire dive to find these two fish, it was worth it though, to see one of the oddest looking fishes I’ve ever seen. 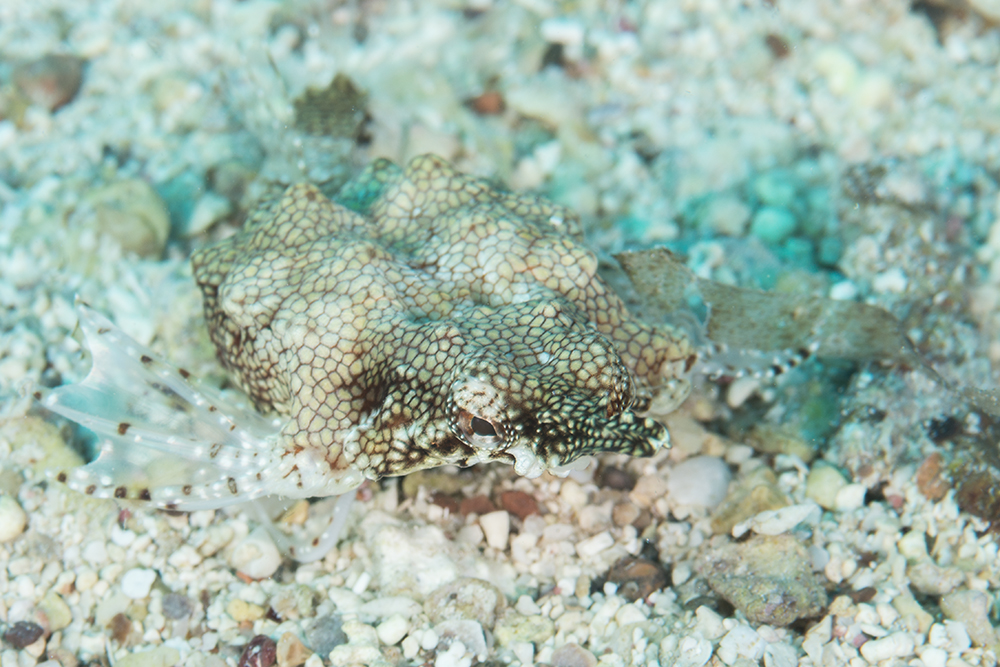 Eurypegasus draconis ranges across the Indo Pacific region. Feeding on small crustaceans, presumably copepods and the like, these fish, usually in pairs, lead quite unremarkable lives.  Rarely noticed by divers and predators alike I imagine, they are said to be quite common on gravel type substrates where the male will defend a small territory for his chosen mate.  I cannot stress enough just how hard they are to find, especially in the shallows where surface waves cause glitter lines.

As you can see the fish have flattened bodies, snouts ideally suited to pick at small prey items, and very large wing-like pectorals which explains the family name of Pegasidae, after the winged horse in Greek mythology.

FishBase recognizes two genera and six species of dragonfish, though Seamoth is its preferred common name.  Whilst they may resemble fish of the Scorpaniformes in some ways, they are members of the order Syngnathiformes, which amongst others contains the pipefish, shrimpfish, and seahorses.  Indeed, on the same dive I found a lovely pipefish which I think is Corythoichthys schultzi.  If you compare the fishes’ heads they are quite similar. 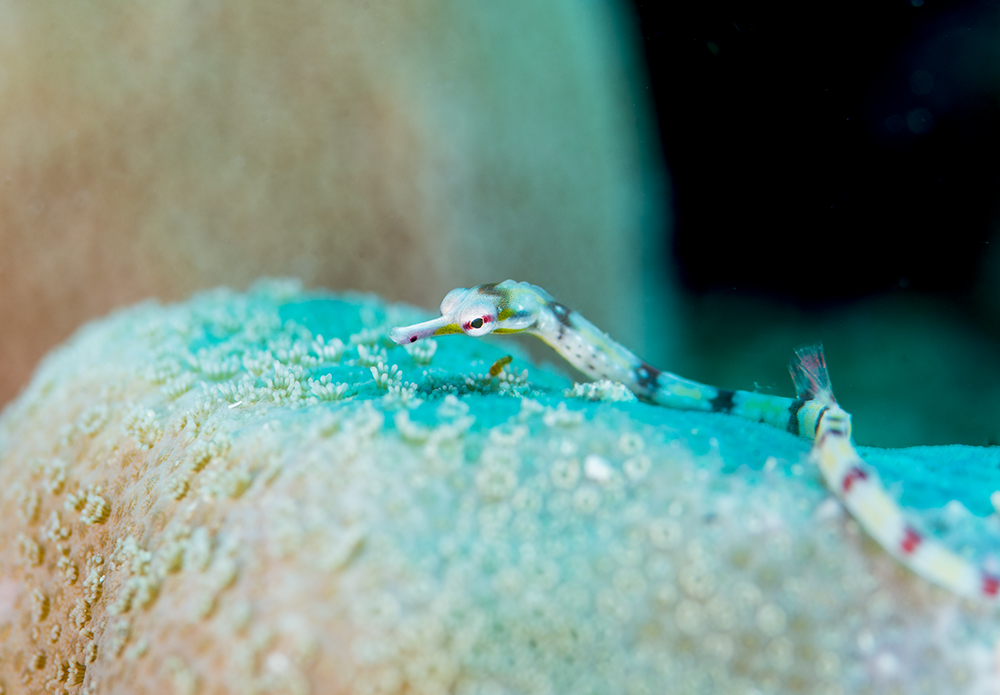 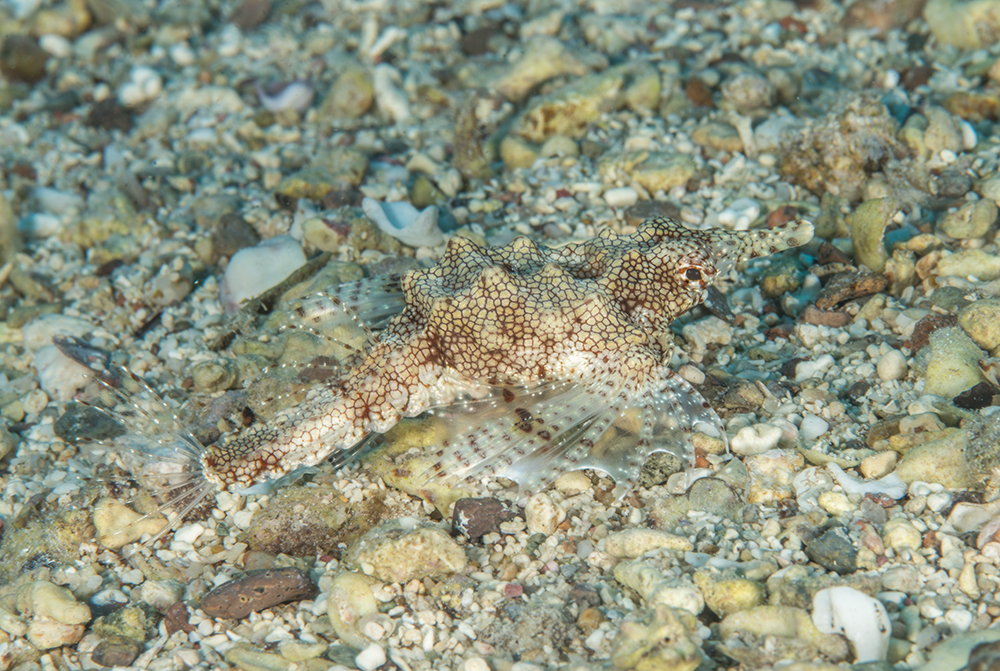 Now that I have seen these fish I wonder if I shall ever see them again?  Even if they are common, they take some finding…