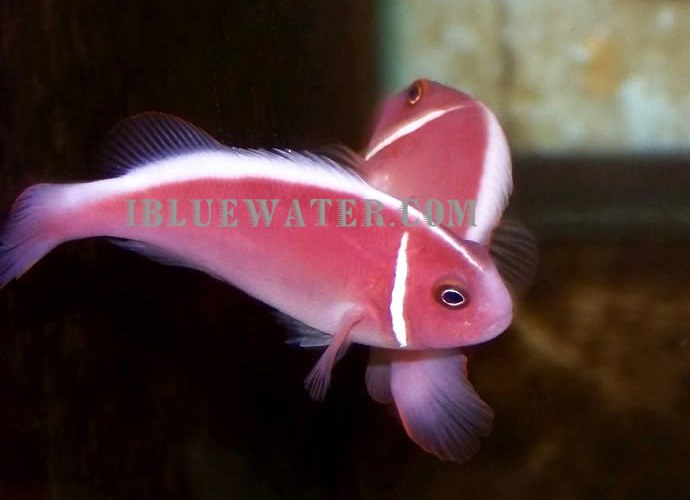 The number of Clownfish pigment variants seem infinite.  A.ocellaris and A.percula were the first two popular “designer bred” species, spawning generations of exotic captive-bred clownfish variants such as the Picasso and Black Snowflake Clownfish .  A.clarkii captive breeding is also picking up steam, resulting in such variants as the Blue-Spotted Picasso Clarkii.  With exotic Skunk Clownfish like this pair, A.perideraion may be next.

Speaking of Skunk Clownfish: Last month, Kenneth Wingerter wrote about the Clarkii Complex of Clownfish for Advanced Aquarist Magazine.  Check back later this week for his new article titled “An Overview of Clownfish of the Skunk Complex.”