The spineless shall inherent the seas 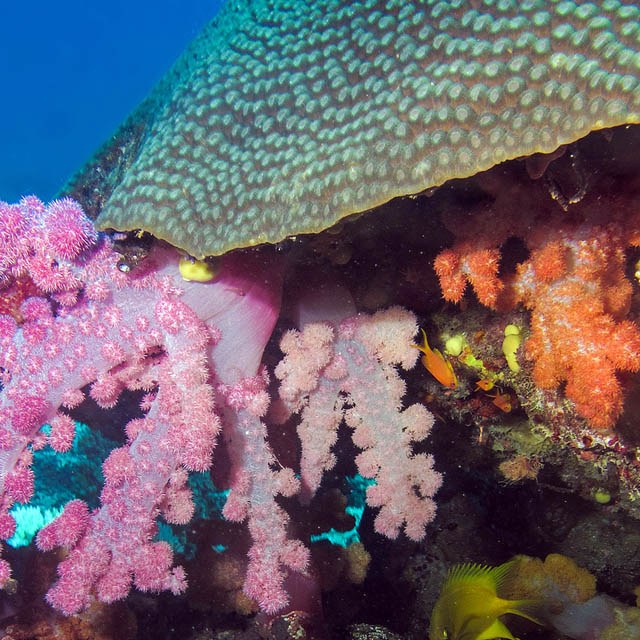 Stony corals currently dominate soft corals in phototrophic zones, but that may change in the next century. Photo by Ed Bierman.


The scientists wrote in Monday’s edition of the journal Nature Climate Change: “Reef communities may shift from reef-building hard corals to non-reef-building soft corals under (carbon dioxide levels) predicted by the end of this century. When combined with their ability for rapid colonisation, soft corals may out compete hard corals in coral reef environments subject to ocean acidification.” [via Reuters]

What’s the big deal?  Corals are corals, right?  No.  Stony corals are responsible for the bulk of reef-building (think: live rock), so coral reefs favoring soft corals will gradually erode and decline.

Although some stony corals can cope with ocean acidification by switching from carbonate to bicarbonate ions (a natural buffering mechanism), countless studies have proven the negative effects of acidification on corals – from reducing calcification to changing the behavior of coral larvae to even altering their genes!

And regarding the title: I realize that all corals are spineless, so please no angry comments.