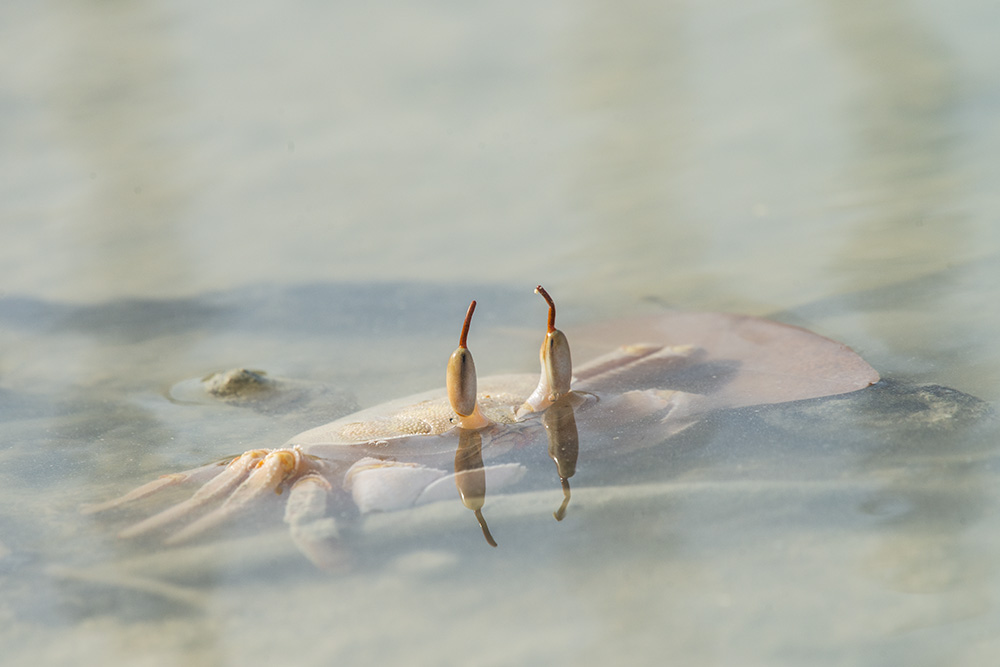 A little while back I shared some images of mangroves growing adjacent to the Red Sea.  Here are some more from this harsh, tough, and yet functioning habitat.

Mangroves are not common along the Red Sea coastline, a figure of around 2,700 square kilometers has been quoted, to include the entire region, including the Gulf of Aden.  It sounds like a lot, but you can travel for miles and not see a hint of green.  The only species I’ve ever seen in the Red Sea is Avicennia marina.  Rhizophora mucronata is found in the south, but I’ve yet to see it. 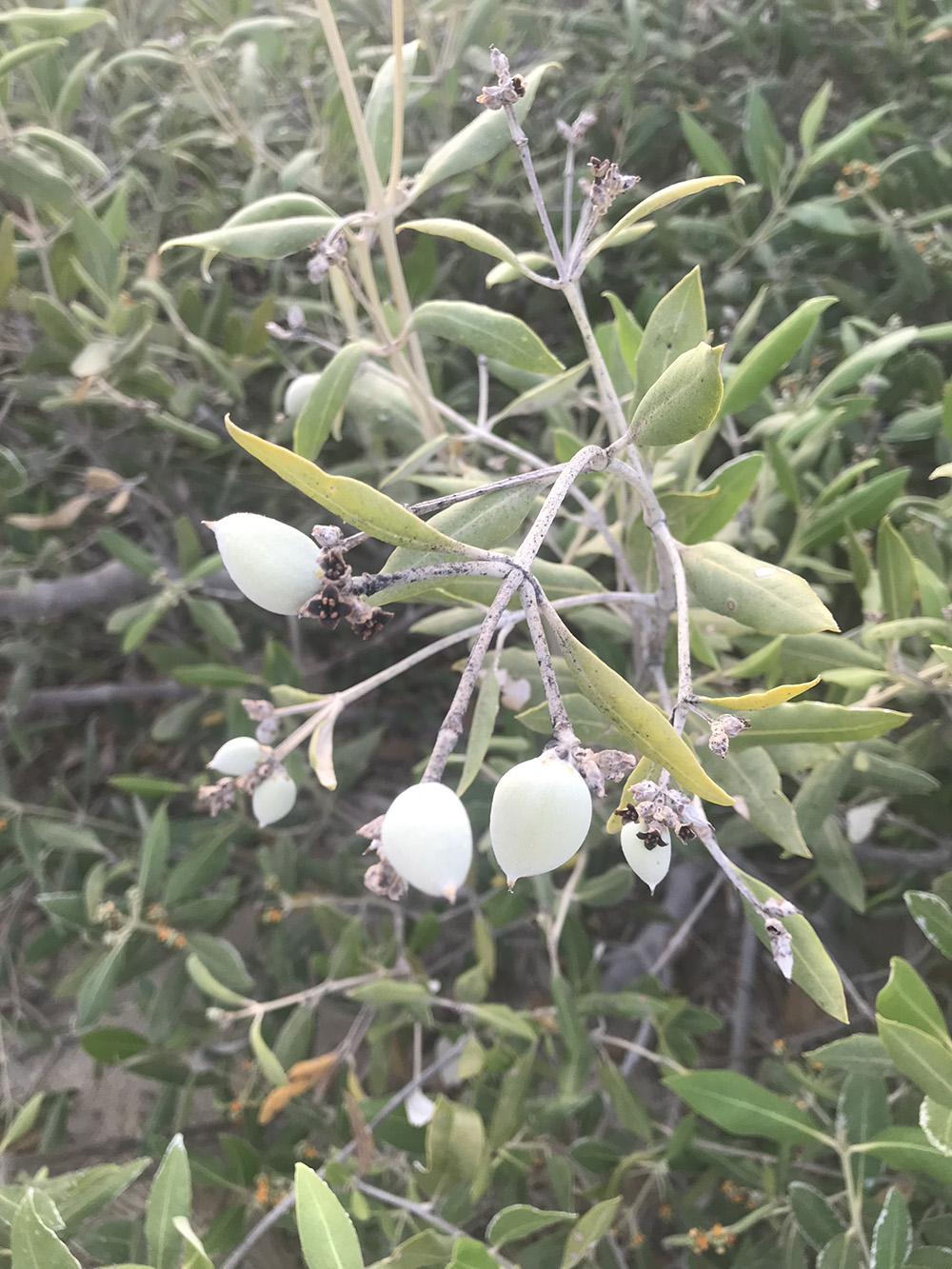 The fruits of A. marina are very different from the longer, pointier, propagules that most folks will be familiar with.

A. marina is a species which rids itself of salt by excreting it through its leaves, which gives the plant a pale appearance, hence the name White mangrove.  When it does rain, which is rare, the salt is washed away.  In a land where plants are rare and daytime temperatures can reach well over forty degrees celsius (104 F) mangroves can be the only signs of green and the only place where life, above the water surface, is apparent.  It is a testament though to the biology of these plants that they manage to survive in hyper-saline conditions. 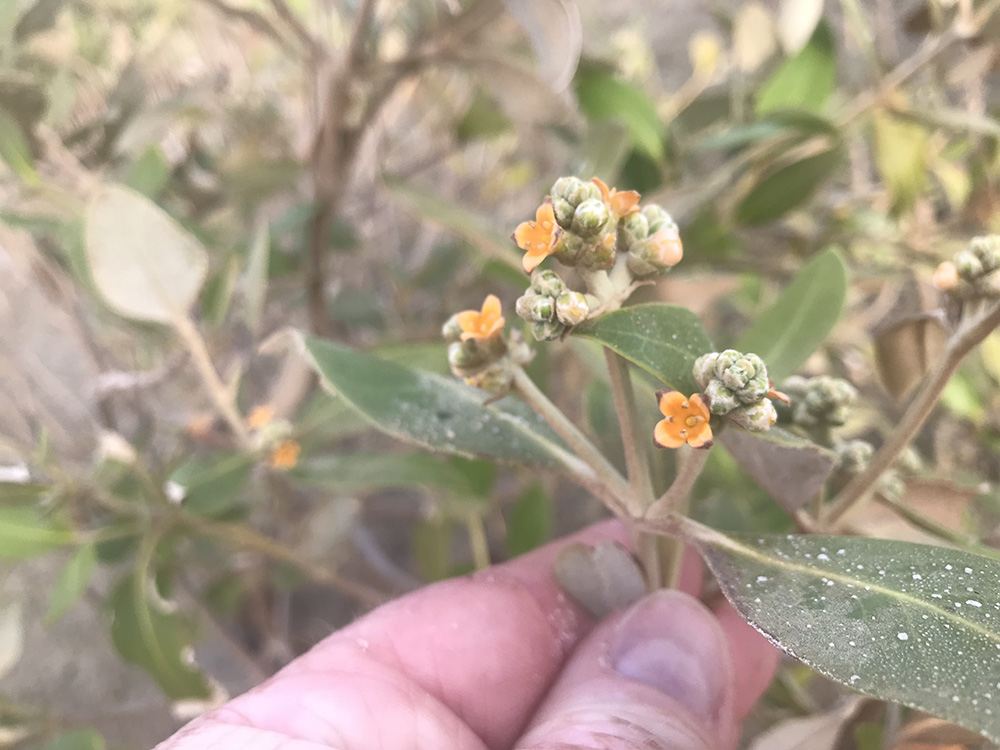 The flowers are compact. you can see salt on the leaves.

It is the twice-daily tidal influx that keeps this habitat going.  The prop roots of the mangroves trap sediments and organic matter that washes down the wadis to the sea in the rare rain storms as well as allowing organic matter from other sources to build up (leaves, dead organisms etc…).  This nutrient rich mud hosts molluscs and gastropods as well as crustaceans, and when the tide returns moisture to the baked and hostile looking silt, it is remarkable to watch the inhabitants appear from their burrows. 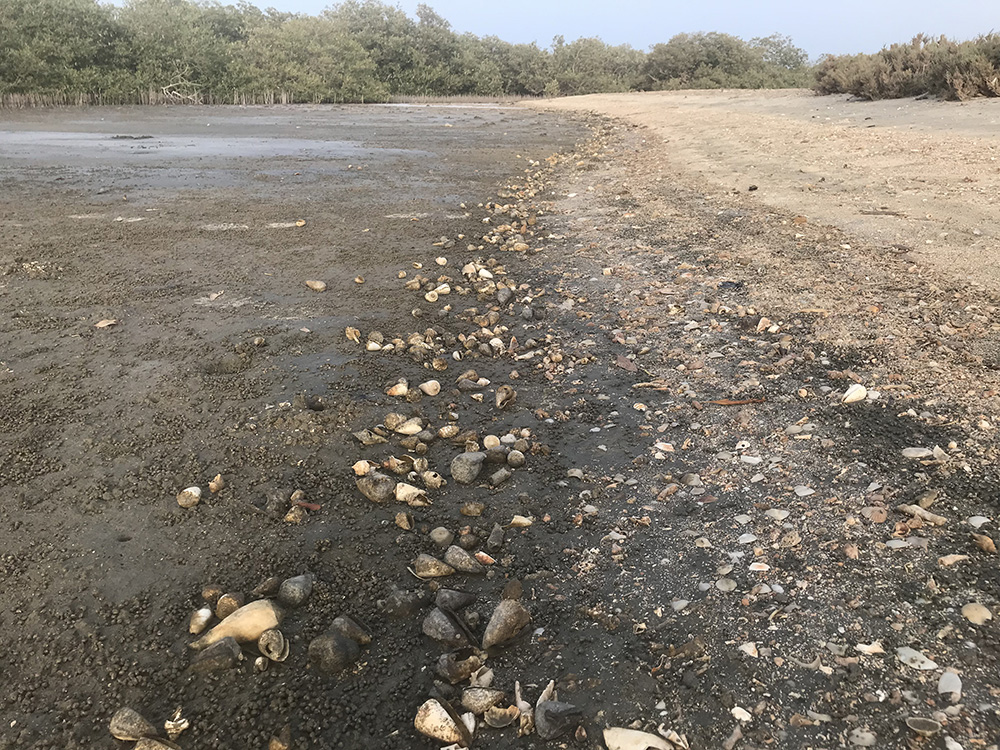 A tough place to survive, the presence of so many gastropod shells shows that life finds a way. 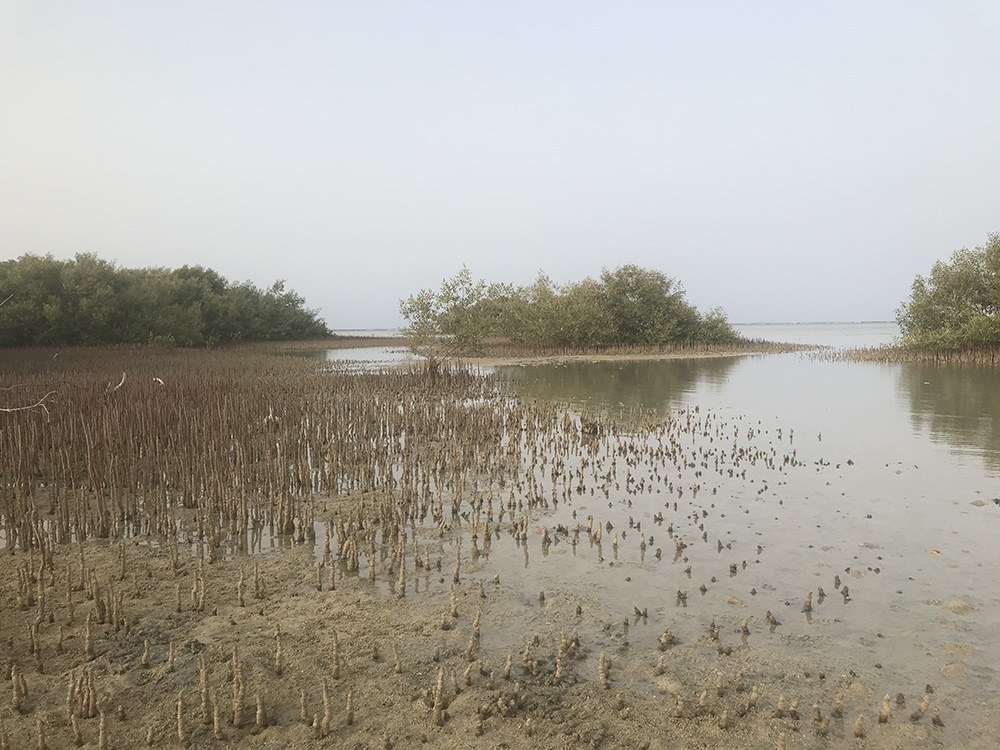 Despite everything, there is life amongst the pencil roots 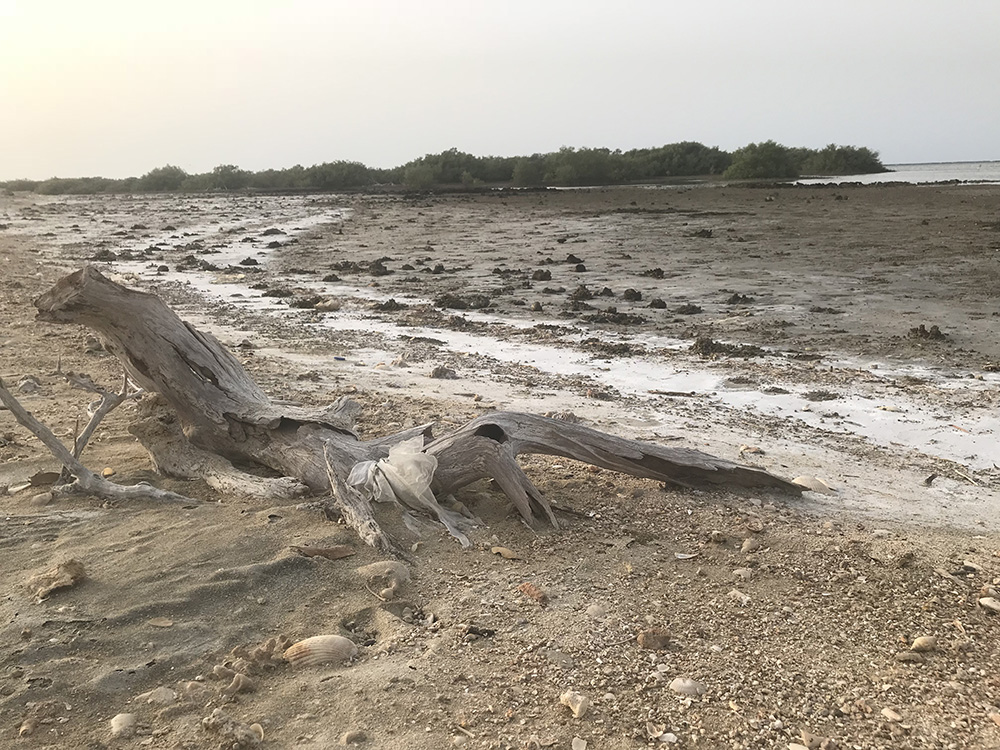 It looks post apocalyptic, but this is a rich habitat