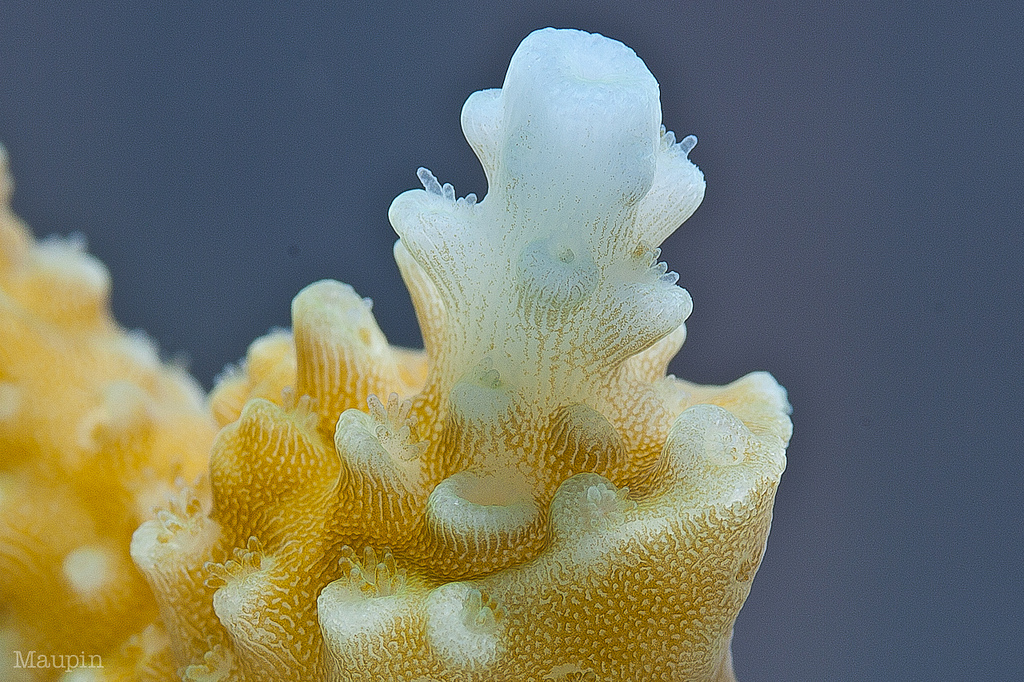 In 2006, I gave up aquariums for what I knew was going to be a long-term hiatus.  I had been a part time aquarist, completely responsible for a collection of rescued and long term-captive corals collected under permit from the Florida Keys National Marine Sanctuary.  I was completing my undergraduate education full time in Marine Science and Chemistry at the same time.  The stress of changing management at the aquarium I worked at, managing the collection, on top of being offered the opportunity to pursue a graduate education in marine science brought on tremendous burnout for aquariums.

I managed to avoid even really thinking about reef aquariums for a fair bit of time.  I kept in touch with my closest reef friends, folks like Rich Ross and Matt Wandell.  Ironically, in grad school, my pursuit was reconstructing tropical climate variability using the isotopic geochemistry of, you guessed it, corals.  This led me to the real reefs of the tropical west Pacific… and, well, apparently the old coals were still smoldering, because a little lick of a flame began to kick back up.

In the months following my return to Texas, a clear picture began to crystallize in my mind of what would go inside the tank, should I ever force myself to put one together.  Acropora, and lots of it, with Porites lutea or lobata.  The whole bottom of the tank covered with it.  I wanted it to be modeled after the flats of Porites microatolls filled with tightly branched Acropora species that I had seen in the Western Province of the Solomon Islands.  I waffled back and forth on whether to actually go through with it or not.  The waffling went on for over a year.  I drove Rich and Matt nuts trying to make up my mind, and I owe them big time for getting me up to speed on how much things have changed (and how much they’ve stayed the same) in the reef aquarium world.

The tank had to be small.  As a graduate student, I perpetually live in a studio apartment and need to be able to move easily.  This obviously makes things more complicated with respect to growing Acropora, the reputed queen genus of stability.  It also didn’t help that I absolutely had to find and have some of the “species” with bad reputations even as far as Acropora goes: A. humilis and A. gemmifera.  I also had to conclude that with my budget and limitations, I couldn’t care about the external or equipment aesthetics. This was going to be a coral tank, a “coral garden”, if you will, without any intentional live rock or sand, a concept I had become familiar with and used with the Caribbean stony corals.  The only thing that was going to matter was the health of the corals inside.

So, in November, I caved. I took a 20 gallon long and painted the underside of the bottom with titanium white acrylic paint.  I dug a 400 watt metal halide ballast and fixture out of my closet, it had a barely used horizontal Iwasaki 6500K bulb that still fired inside.  I filled the tank itself with steam distilled water and Instant Ocean.  I built a co-current limewood airstone skimmer out of PVC that pulls water down from a surface skimmer, up through the body of the skimmer and out the top.  I used a Quiet One pump, temporarily, for circulation, and I used a simple float switch with a 10 amp relay for auto top off.  The reservoir is just a big Rubbermaid tub filled with distilled water made into a saturated kalkwasser solution, powered by the smallest PetCo powerhead and some ½” tubing.

Working in an instrument lab, I’m a big fan of tinkering with automation, remote control and monitoring, so I’d like to eventually get a controller set up.  I’d also need to get better circulation in the tank, modeled after long period channel surge. I  know when it comes to nano-reefs, many people feel like less can be more.  I’m personally exploring the complete opposite tack.  More may be more for me.  A 400 watt Iwasaki over a 20 gallon? 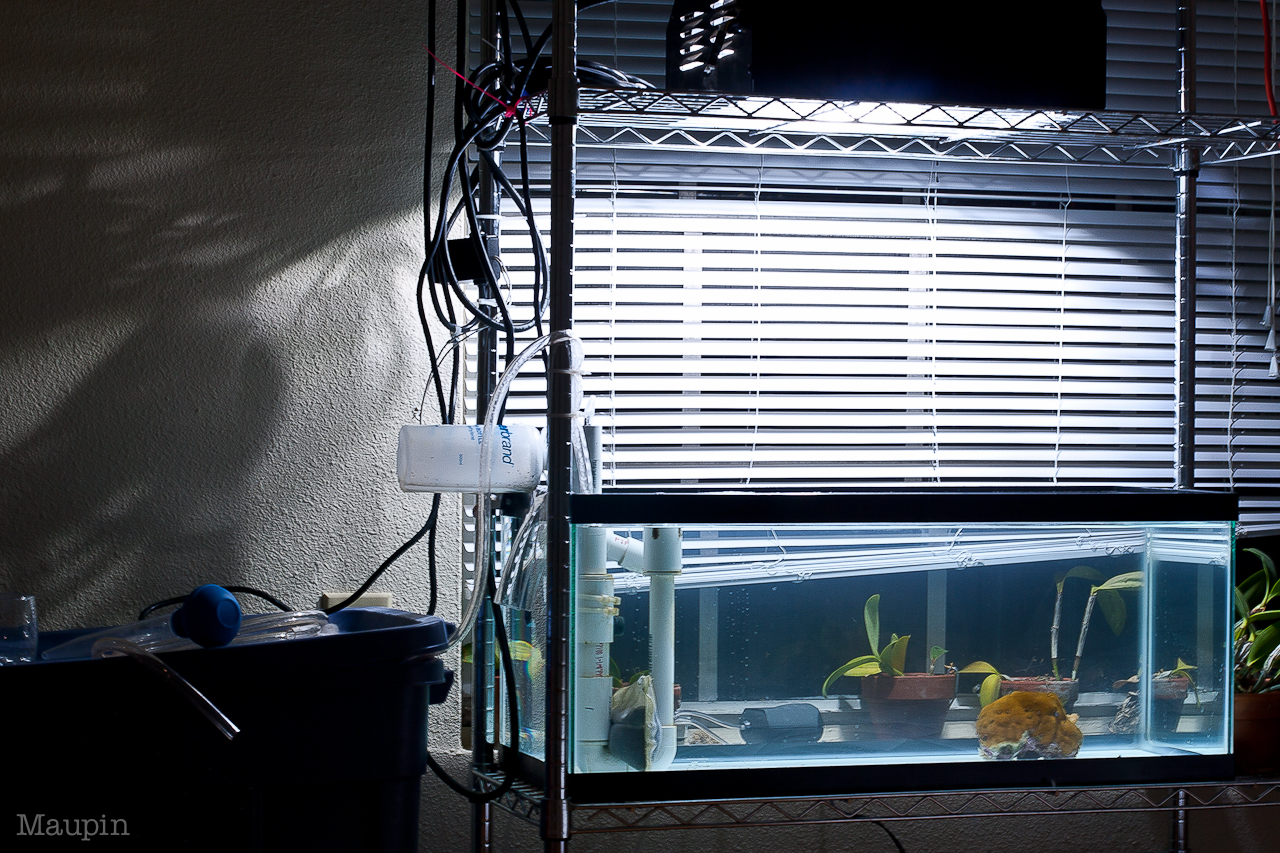 The ugliest nano ever? No. It will only get worse.

The bottom line is, I’m a complete beginner again.  Right now I have one Porites lutes/lobata and a small frag of Acropora sp., both happy and growing so far. I have a goal in my mind’s eye, it’s a long way away, and I owe everything to the patience, generosity and experience of many folks, especially Rich Ross, Matt Wandell, Gresham Hendee and Christine Williams.  I’d like to keep blogging about this tiny hot mess, sharing what I learn, what I do, successes, and more importantly, failures. 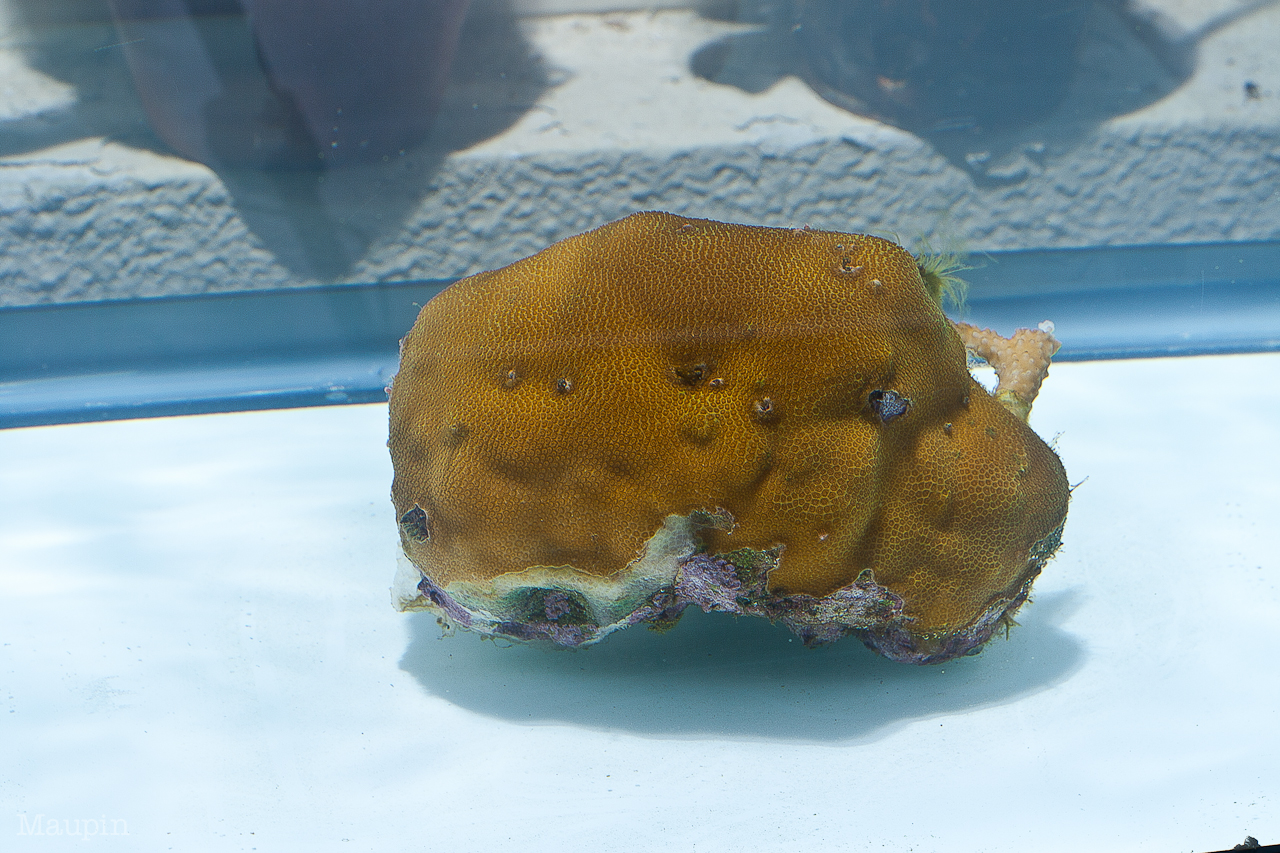