Over the years I have read all sorts of negativity surrounding the use of UV sterilizers in a reef tank. But I haven’t found many of those comments based on experience or scientific evidence. So I’ve decided to take the two most common negative comments I’ve read and discuss them a bit deeper. 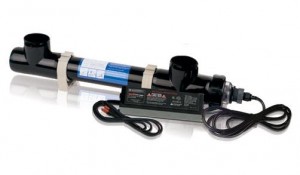 “UVs kill beneficial bacteria as well as the negative”

This is true as a PROPERLY setup UV will kill most algae/bacteria that passes through it and at higher wattages will kill most anything living. But what most people don’t realize is that your SKIMMER removes both good and bad bacteria from the water column as well. Since skimmers are common on most reef tanks I think we can use logic to say we might be exaggerating the effect of removing “good” bacteria from the water column. I’ve been using UVs for years and I’ve found them helpful in controlling cyano, ich and other reef tank annoyances. I had a UV on my Gorgonian and Seafan tank that had many non-photosynthetic corals and I still did not experience any negative effects. Being that most corals in our reef tanks are photosynthetic, who cares about the good bacteria in the water column? As a matter of fact, why do we need beneficial bacteria floating around the tank? It’s not enough to have it pretty much everywhere else? Also, does this mean doing water changes is bad because we remove beneficial bacteria? Clearly this statement doesn’t have supporting evidence. It leaves you with more questions than answers.

I find this one hard to swallow. Why does nearly every commercial fish or invert farm in the world us UVs then? Just so the water is clearer? I think not. UVs are very helpful in the control of parasite infestations especially those that are pelagic or have a pelagic stage in their lifecycle. They may not “cure” the problem but they certainly can prevent an epidemic or buy some time to fix the problem before things get out of control. How can a UV be so efficient at eliminating good bacteria from the water column (see previous quote) that people passionately recommend we shouldn’t use them but inefficient at removing parasites from the water column? Why do so many people recommend throwing a UV light on a reef tank with a dinoflagellate outbreak? Again, a statement that is not backed by any real evidence. 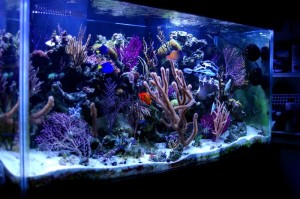 My 120 Gallon Gorgonian and Seafan Reef

Most aquarists who use UVs do not have them properly set up either by lack of knowledge or by misleading manufacturer claims. My recommendation to anyone keeping a reef tank or a fish-only system housing very expensive fish, corals, or other inverts would be to invest a little bit more money on a UV for insurance. Besides its benefits for killing bacteria and parasites, nothing polishes the water off like a UV sterilizer allowing deeper penetration of light. When considering purchasing a UV sterilizer, I would buy one from manufacturers who have done research to back their product claims. I know of at least one manufacturer who has done studies to test the effectiveness of their models and can make recommendations based on your goals accordingly.