The unbelievable diversity of tropical reefs 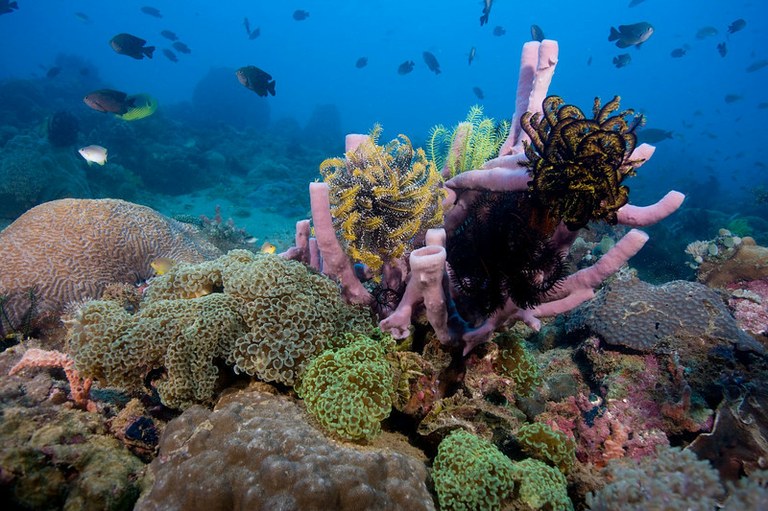 The high biodiversity of coral reefs is undisputed yet still underestimated. Photo by James Wiseman.

Let’s put their discovery in perspective: In just 67.8 square feet (6.3 square meters) of coral reef, scientists from the Smithsonian and the Scripps Institution of Oceanography documented more species of crabs than all of Europe’s seas combined!  The peer-reviewed paper is titled “The Diversity of Coral Reefs: What Are We Missing?”  The paper’s abstract concludes: “The finding of such large numbers of species in a small total area suggests that coral reef diversity is seriously under-detected using traditional survey methods, and by implication, underestimated.”

The proof is in the pudding

This past summer, biologists from the California Academy of Sciences (including Steinhart Aquarists) traveled to the Philippines and cataloged over 500 potentially new species above and below the waves! Just a few months prior to CAS’ expedition, Conservation International scientists conducted a 2 week survey of reef sites where they cataloged 953 species of reef fish and 397 species of coral, including nine brand new species.

Hard as it already is to wrap your head around how many creatures call coral reefs home, it is humbling to know there are still plenty of new life in the rich tropical oceans we’ve yet to discover.