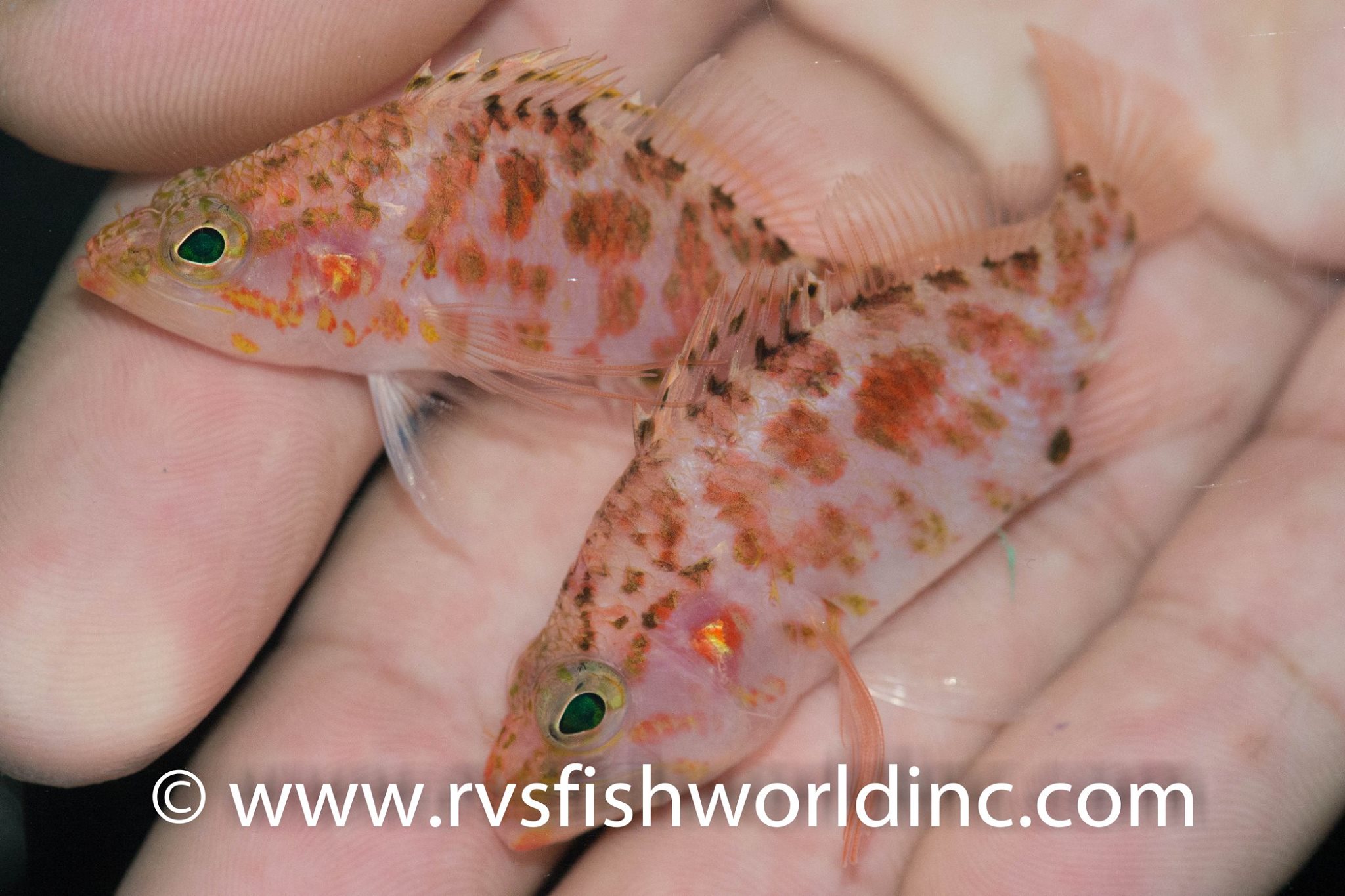 The Plectranthias perchlets are some of the most poorly understood reef fishes. As of mid-2018, there are 53 recognized species, but this is almost certainly a gross underestimate of their true diversity. We already know of several well-documented examples from this group in need of scientific description—the “known unknowns”—but no doubt there are just as many, if not more, that have escaped notice.

These cryptic fishes can be found in the shallows of the Indo-Pacific, but they really come into their own at mesophotic and rariphotic depths. Of course, collecting these deeper dwelling species is quite challenging. Early researchers relied mostly on trawled specimens, often heavily damaged, which leaves us today with many enigmatic taxa known from just one or two specimens. As an example, the type species for this genus, Plectranthias anthiodes, was described in 1871 from a single specimen, 88 mm in length (now colorless and heavily damaged), that was collected from an unknown depth in Manado, Sulawesi, and it has apparently never been seen since. 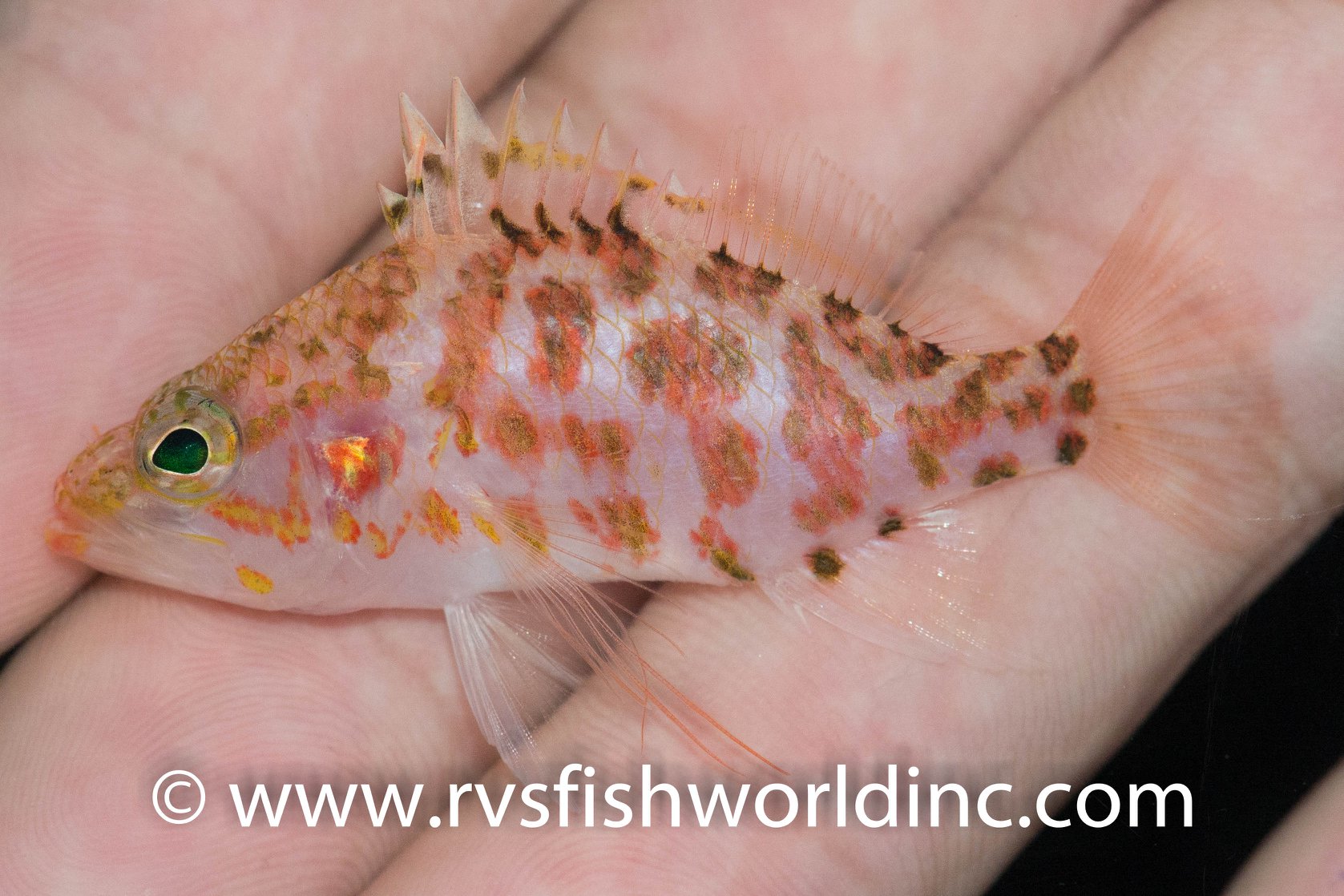 Our ignorance is compounded further by the limited study that this genus has received. The last taxonomic revision occurred in 1980 by Dr. John Randall, who seemed deeply confused by how to classify the bewildering morphological variability among these fishes. For instance, the number of lateral line scales can range anywhere from 12 to more than 40! The number of dorsal and pectoral fin rays are equally heterogenous. The preoperculum may or may not have small spines on the lower margin, and it may or may not have fine serrae on the upper margin… the maxilla may or may not have scales… the pectoral fin rays may or may not be branched… the caudal fin might be weakly emarginated or heavily filamentous… the body profile can be tall and robust or elongated and slender… and the size can be anywhere from an inch to nearly a foot in length!

Randall’s answer to all this was to synonymize no less than EIGHT genera under the name Plectranthias, but the end result was a genus that is mostly defined by what it is not. Essentially, any benthic anthiadine (i.e. anything that isn’t a Pseudanthias or Odontanthias or something similar) falls into this category. Basically, these are the serranids that you might confuse for a hawkfish, but there’s little reason to believe that any of this is accurately reflecting the evolutionary history of these fishes. Rather, it’s simply a matter of convenience, and what’s sorely needed is a detailed reappraisal of the morphological and molecular diversity found among the perchlets.

The species featured here is an interesting example, and one that is potentially undescribed. These specimens were collected by RVS Fishworld at roughly 40 meters in the Philippines, but similar examples (seen in the video below) have been exported out of Indonesia (at 170 meters!) and sightings have occurred at Palau. However, despite its broad occurrence throughout the Coral Triangle, you won’t find any mention of this fish in Allen & Erdmann’s authoritative Reef Fishes of the East Indies. [EDIT: It’s in the appendix on page 1200 as the Bigspot Perchlet, reported from 70-75 meters at Raja Ampat] 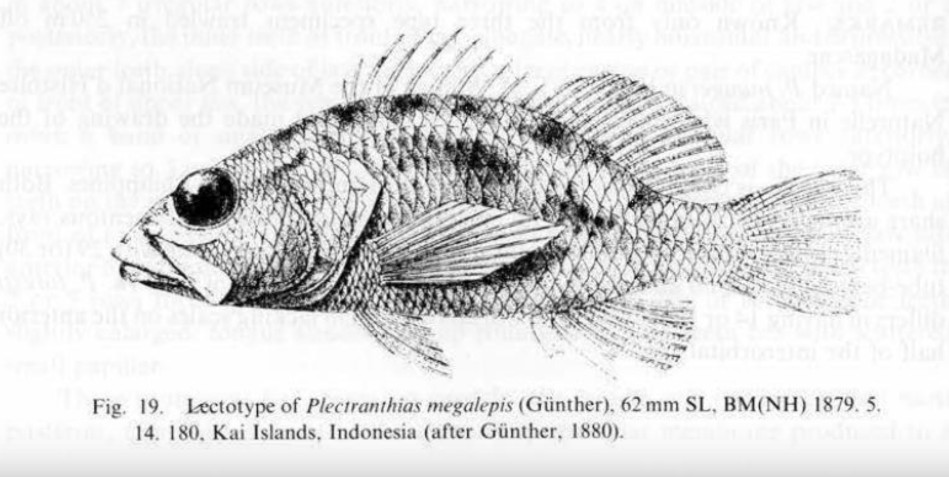 It’s closest relatives appear to be P. sagamiensis, known from Japan, and P. bennetti, recently described from the Coral Sea, both of which appear able to quickly alter their coloration, either as a response to stress or as a nuptial display. There’s also another recent entry, the Hinomaru Perchlet, Plectranthias takasei, which shares much of this color patterning, such as the pleural spot and the dark markings in the anal fin, but overall it has a bit more color when it comes to reds and yellows. And, as pointed out by Dr. Anthony Gill, the poorly known Plectranthias megalepis, known from a single specimen collected at 236 meters in the Kai Island of Indonesia in 1874, may actually be this same fish. Clearly a great deal more work is needed to determine the morphological, genetic, and geographic limits of these easily confused fishes. It wouldn’t be much of a surprise if there were still a few more of these little, blotchy perchlets out there waiting to be discovered.

And here’s P. sagamiensis, for comparison…