The Very Camouflaged World of the Scorpionfish 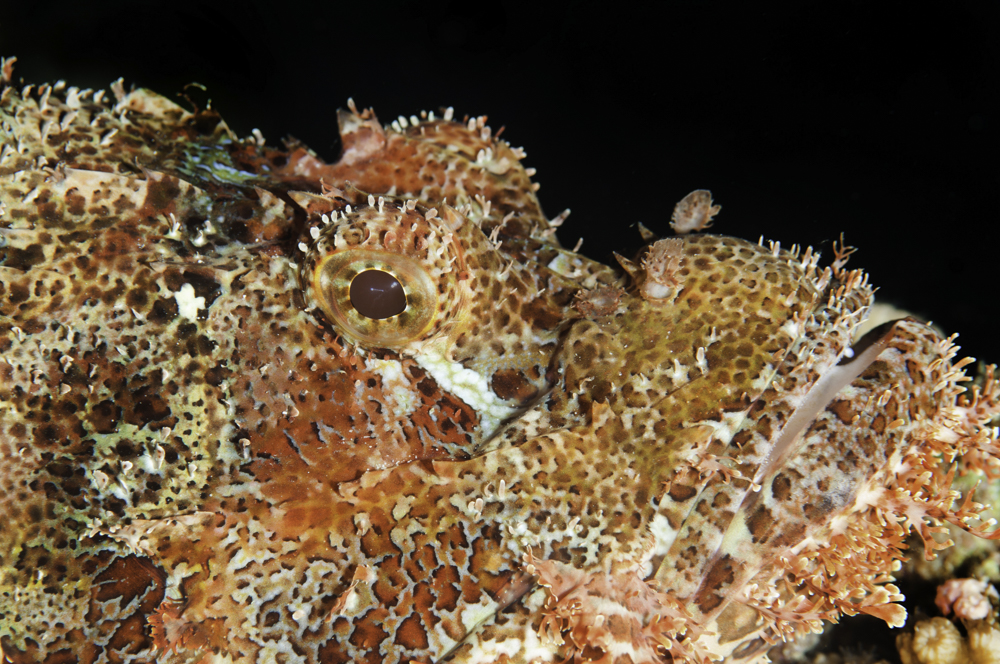 Time after time I’ve been out on a reef photographing something – a coral head full of anthias perhaps – when part of the reef gets fed up with me and scuttles away, well, that’s what it feels like anyway, for the spilt second before I realize that the bit of coralline algae-covered dead coral is in fact a foot-long fish.  This is the spectacular, yet low key Scorpionfish.

Anyone with even a small amount of fish ID skills will see these images and recognize them as part of that large, mainly Indo-pacific family of fishes known as the Scorpaenidae.  There’s around 220 species of them.  Most are bottom dwelling ambush feeders which rely on their camouflage to blend in with their background, allowing prey species to get close before the fish opens its large mouth causing an inrush of water and the demise of the crustacean or fish prey. They can eat quite substantial items, up to half their own size. 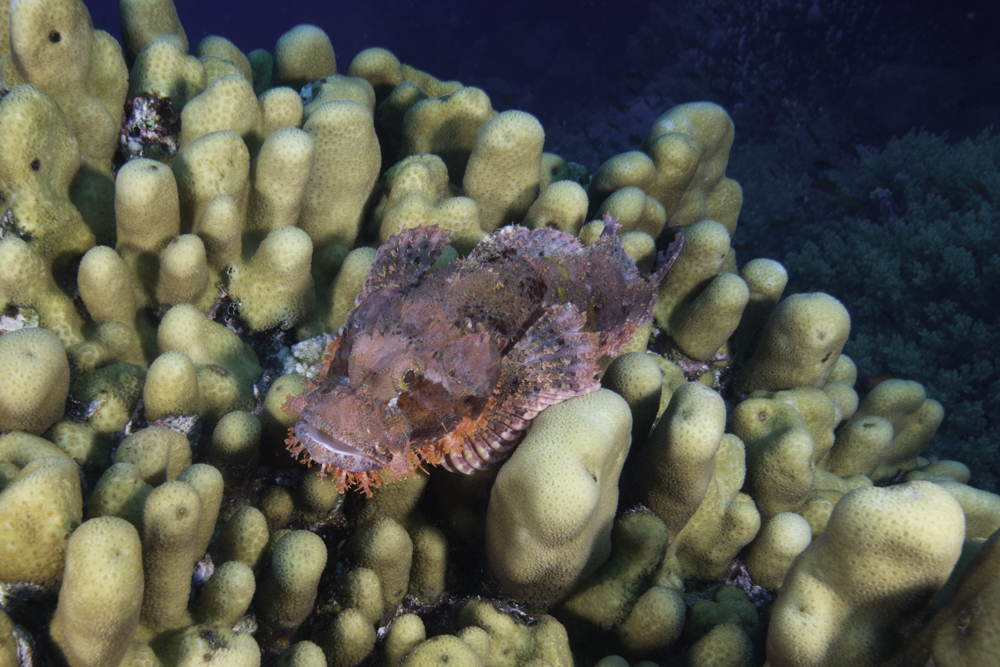 I suspect this fish has been recently spooked and hasn’t had time to adjust its colouration to its new resting location.

The fishes shown here, are I think Scorpaenopsis oxycephala, though I’m not sure of the juvenile specimens below.  These fish reach around 35 cm and are much appreciated by macro photographers who can get very close for a portrait with the subject usually staying put throughout the ‘shoot’ 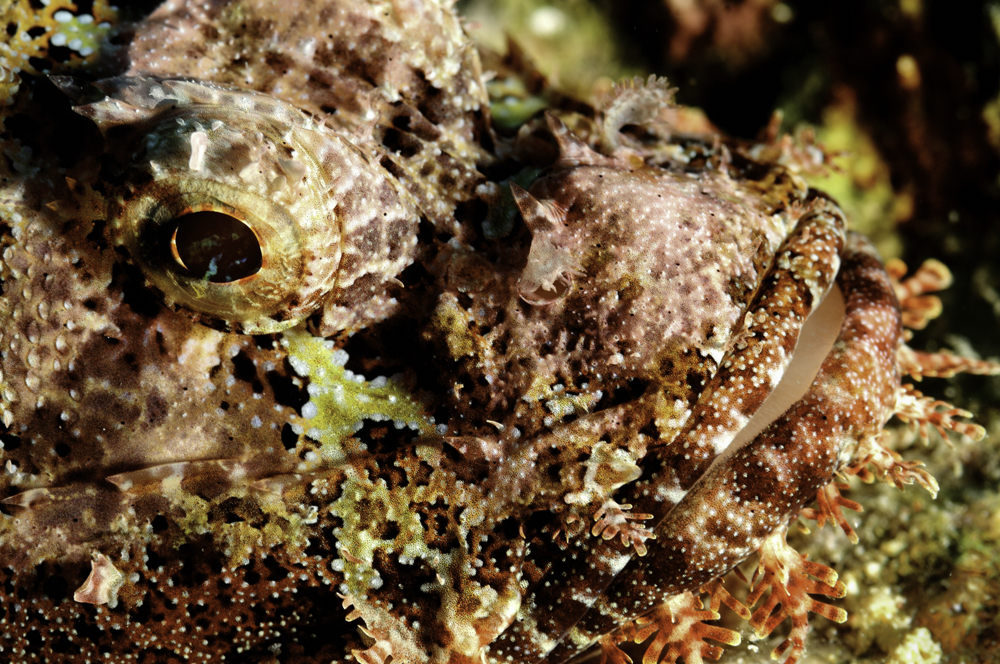 A close up image will show the skin frills and extensions around the mouth which help the fish blend in with its surroundings. 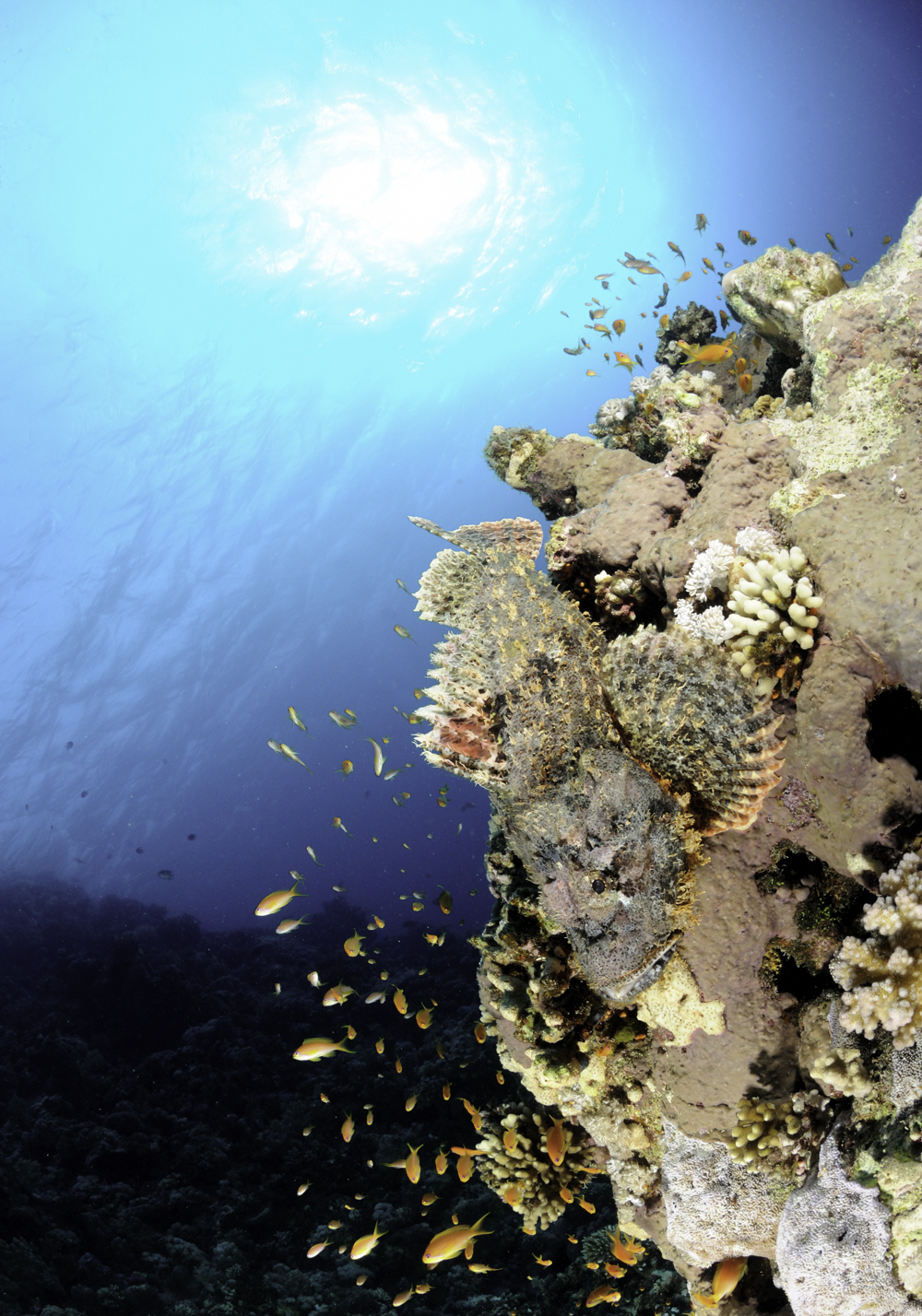 This fish really did make me jump. I hadn’t realized it was there.

You will of course note how similar Scorpionfish are to their cousins the Lionfish.  Whilst these fish have a slightly more active lifestyle and of course those potent venomous spines, you can see the family resemblances. 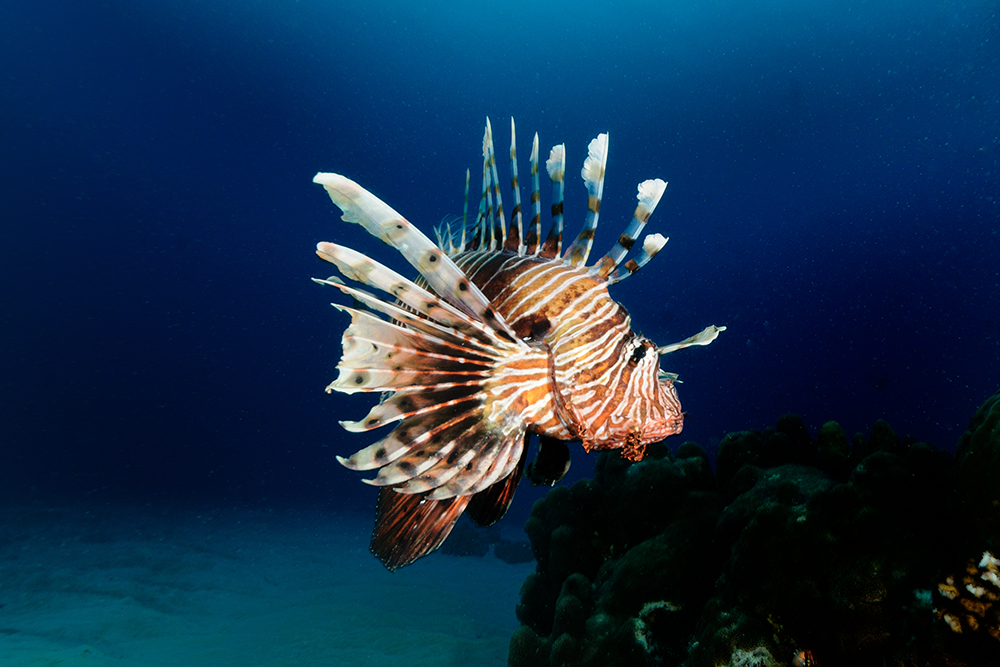 Pterois miles from the Indian Ocean

My favorite examples of Scorpionfish are the youngsters, which as you can imagine are even harder to spot.  They do a great job of looking like pieces of broken coral. 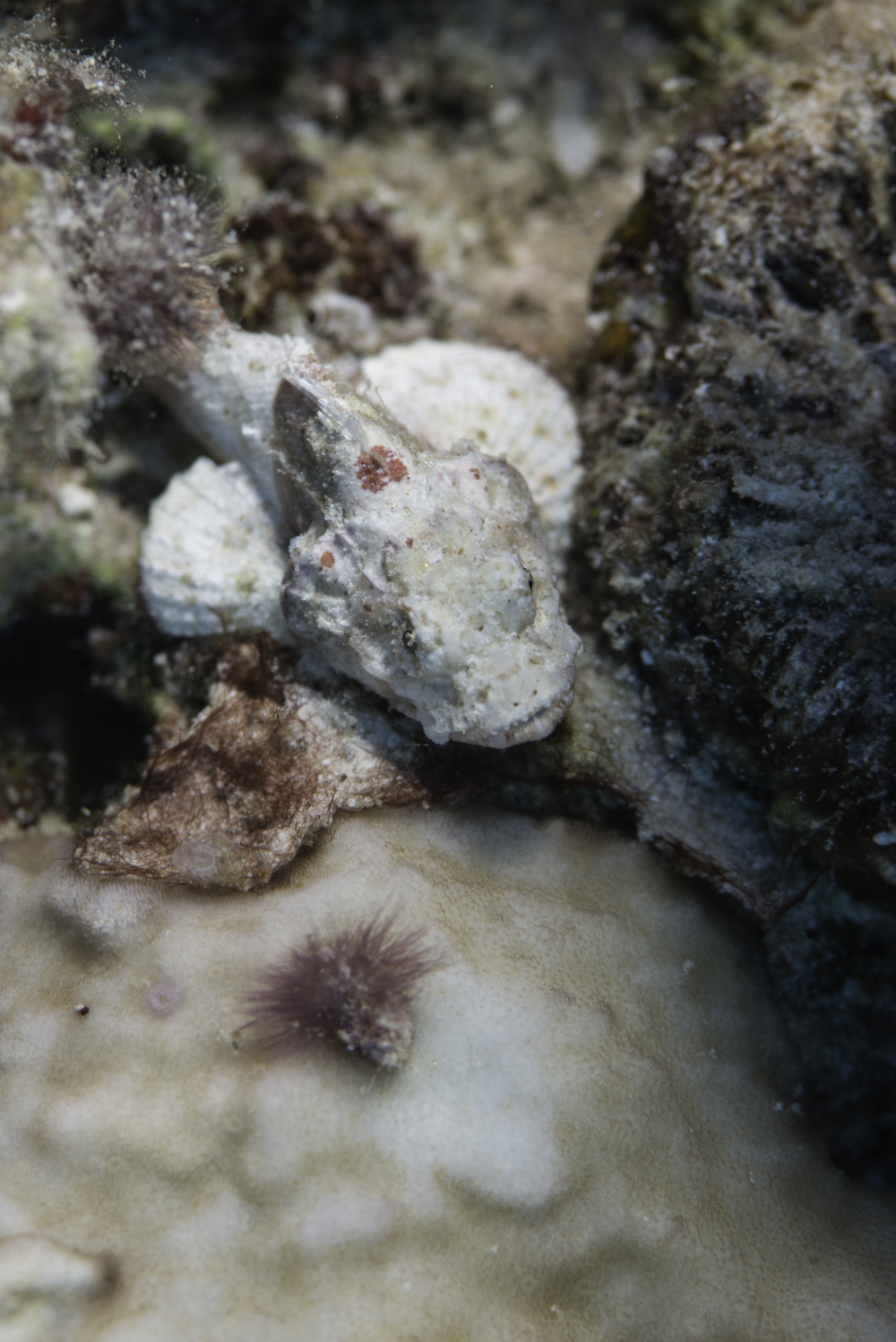 As you can see this is a very small fish indeed.

My final fish was quite a young one, but I’m not entirely sure of the species, so any ID would help.  It’s from the Red Sea, so it could be S. diabolus? 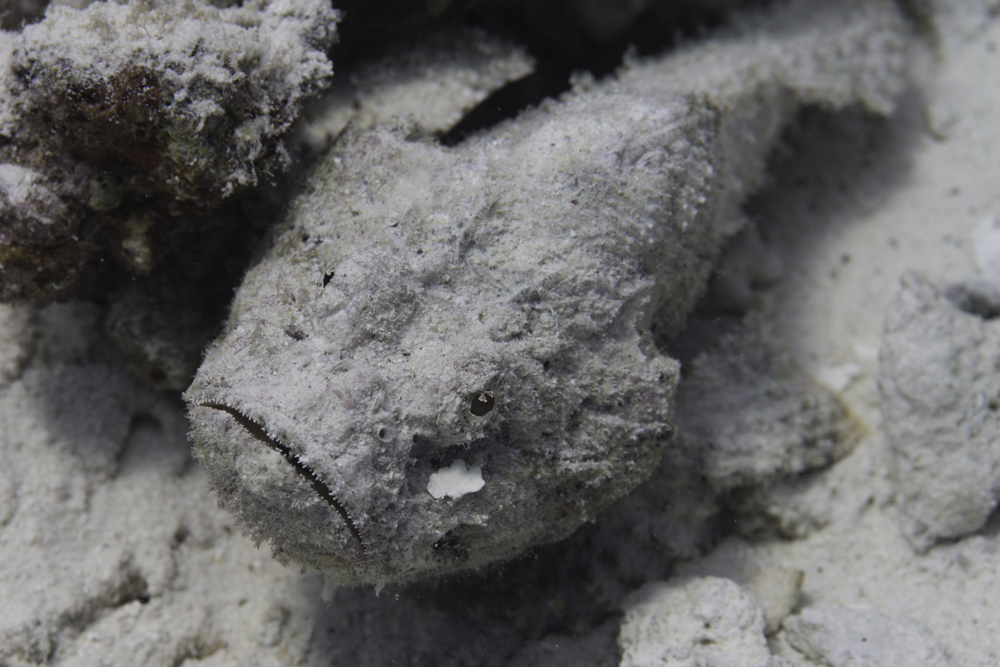