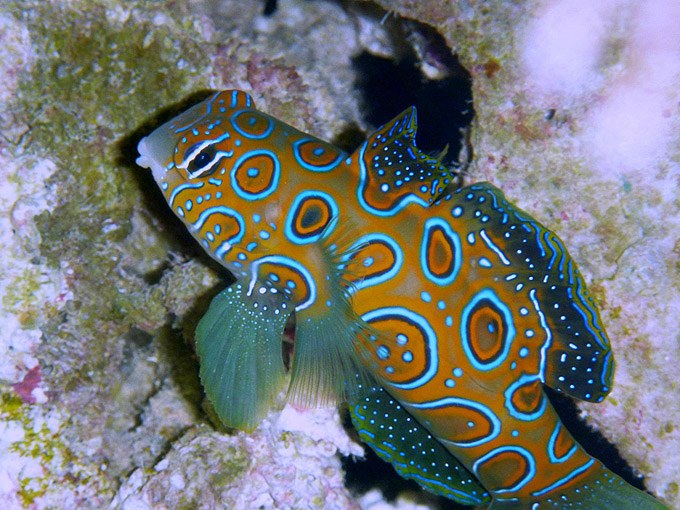 Imagine our excitement when we received not only a photo but a video of the Western Australian Mandarin Dragonet.  The video comes to us courtesy of ‘ACRO AL’ taken of a specimen at Vebas Aquariums in Perth, Australia, where this specimen currently resides in their show tank.  Even in captivity, sightings of this mandarin is said to be a rare event.

When compared to the common Green Spot Mandarin (S.picturatus) pictured on the right, the Western Australian subspecies is what we can best describe as “inversely colored.”  The main body is orange (vs green), and most of its spots lack the dark interior pigmentation, thus giving them a ring-like appearance.  Numerous distinctive green/teal dots cover the Western Australian Mandarin Dragonet’s entire body, including dots within the rings.  This subspecies also has dual parallel white stripes running across each eye similar to sixline wrasses.