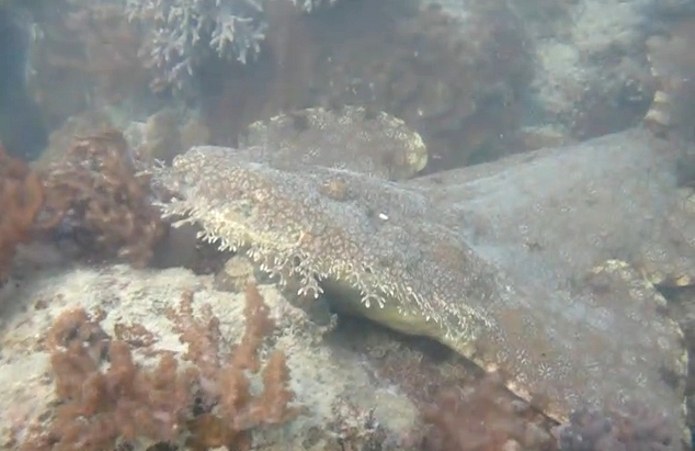 When the aquarium staff noticed shark eggs, they initially thought it was just part of the decor.  None of the sharks in the display laid eggs – they all gave birth to live offspring.  Upon closer examination, however, the staff confirmed the eggs were real and that they were laid by a carpet shark.

“The ocean tank is a massive half-a-million litre display with numerous dark nooks and crannies amongst the theming, and it is just feasible that a small shark could have stayed hidden.” said senior aquarist Mr Sutcliffe.

Aquarium personnel are asking the public’s help in locating the elusive carpet shark.  They hope to eventually capture and move her to her own aquarium.  The long term goal would be to partner her with a male in hopes of eventually producing offspring.