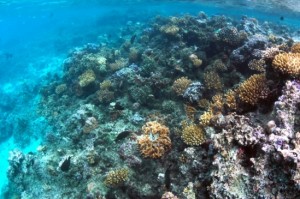 Here’s some positive news for you on the often believed bleak outlook for the health and survival of our beautiful coral reefs. A new longitudinal study from UC Santa Barbara California’s National Center for Ecological Analysis and Synthesis (NCEAS) gives us hope for the future of the astounding, diverse and delicate ecosystems and their residents, dispelling the perpetuated doomsday that researchers and the media usually project. I’m not going to sit here and tell you this study promises a flourishing, thriving future – no one can do that – the oceans and included reefs face a plethora of obstacles, at our own hands and at Mother Nature’s, be it global warming, pollution, or ocean-acidification just to name a few. Also, the study also doesn’t foresee this outlook for ALL of our reefs or included coral species, there will be winners and there will be losers, just like in every other aspect of life. A group of twenty scientists have congregated from universities from Hawaii, California and New Hampshire to create the working group – Tropical Coral Reefs of the Future: Modeling Ecological Outcomes from the Analyses of Current and Historical Trends – with the goal of exploring the possibilities for coral reefs in light of the threat of increasing ocean temperatures. The group is populated with experts of varying perspectives from ecology and paleocology. NCEAS director Frank Davis reports the collaborations have been productive thus far. Their approach is quite interesting. Sampling and analyzing fossil and contemporary reef ecosystem data sets from two locations within the Caribbean (US Virgin Islands and Belize), as well as five Indo-Pacific locations (Hawaii, Kenya, Australia’s Great Barrier Reef, Moorea and Taiwan), they were able to successfully build a trait-based dynamic model to further explore the ecological repercussions of a warmer future. While not all, quite a few coral species seem to be able to hold their own and even thrive in the predicted temperatures. Evolution and natural selection at its finest. “These corals will populate tropical reefs over the next few centuries,” said principal investigator and lead author Peter Edmunds, a biology professor at California State University, Northridge. The group’s analysis shows the “winners” of these coral subset species are “fast-growing, phenotypically smaller and wider, and more stress-resistant and readily produce offspring”. Sensitivity analyses also shows that growth rate and longevity are viable predictors of the various species’ thermal tolerance.

“This work is important as it reveals a range of nuanced outcomes for tropical reef corals other than near-complete loss of live coral cover in the face of the current onslaught of environmental assaults,” Edmunds said. “While it is unlikely future tropical reefs will provide the same ecological goods and services as the coral reefs of the past, our study provides optimism that some reef corals will persist in a warmer and more acidic future.”

While there are still many factors we haven’t fully explored and must take into consideration when discussing the future of our reefs, this study gives us a glimpse of a somewhat promising outlook for at least some of the beautiful habitants of the seas. 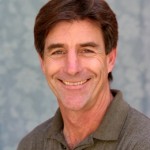 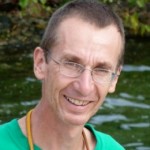