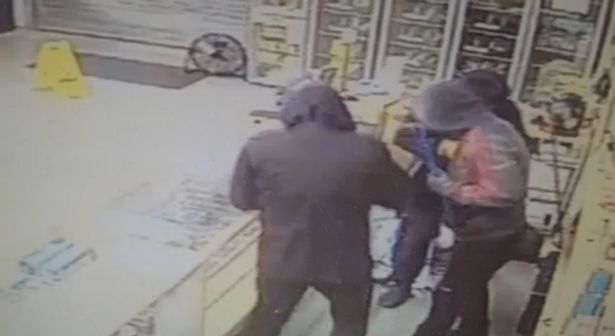 These may be some of the dumbest criminals ever. These twenty-somethings in Britain were caught on camera trying to steal an aquarium in Britain from Contact Pets aquarium store in Wales. The three bandits are decked out in hoodies, and can be seen smashing into the store and attempting to leave with an aquarium. After giving up on trying to figure out how to get the aquarium out of the store once the handle broke, the three quickly gave up on that prospect and instead went for the register, where they made out with $150.00 pounds and a broken laptop computer. Luckily, it doesn’t appear any fish or wildlife was harmed by the break in and the robbers did not get off with much. “The only product they tried to take was an aquarium but the handle on the box broke so they just left it behind,” said Dave Clark, who runs the store with partner Sarah.“They didn’t touch anything else.” The owners have another store, a fishing store, which was targeted by thieves earlier this year, and in that incident, the thieves made out with $23,000.00 pounds of fishing equipment. It has not been established whether the robberies are linked in anyway. MORE