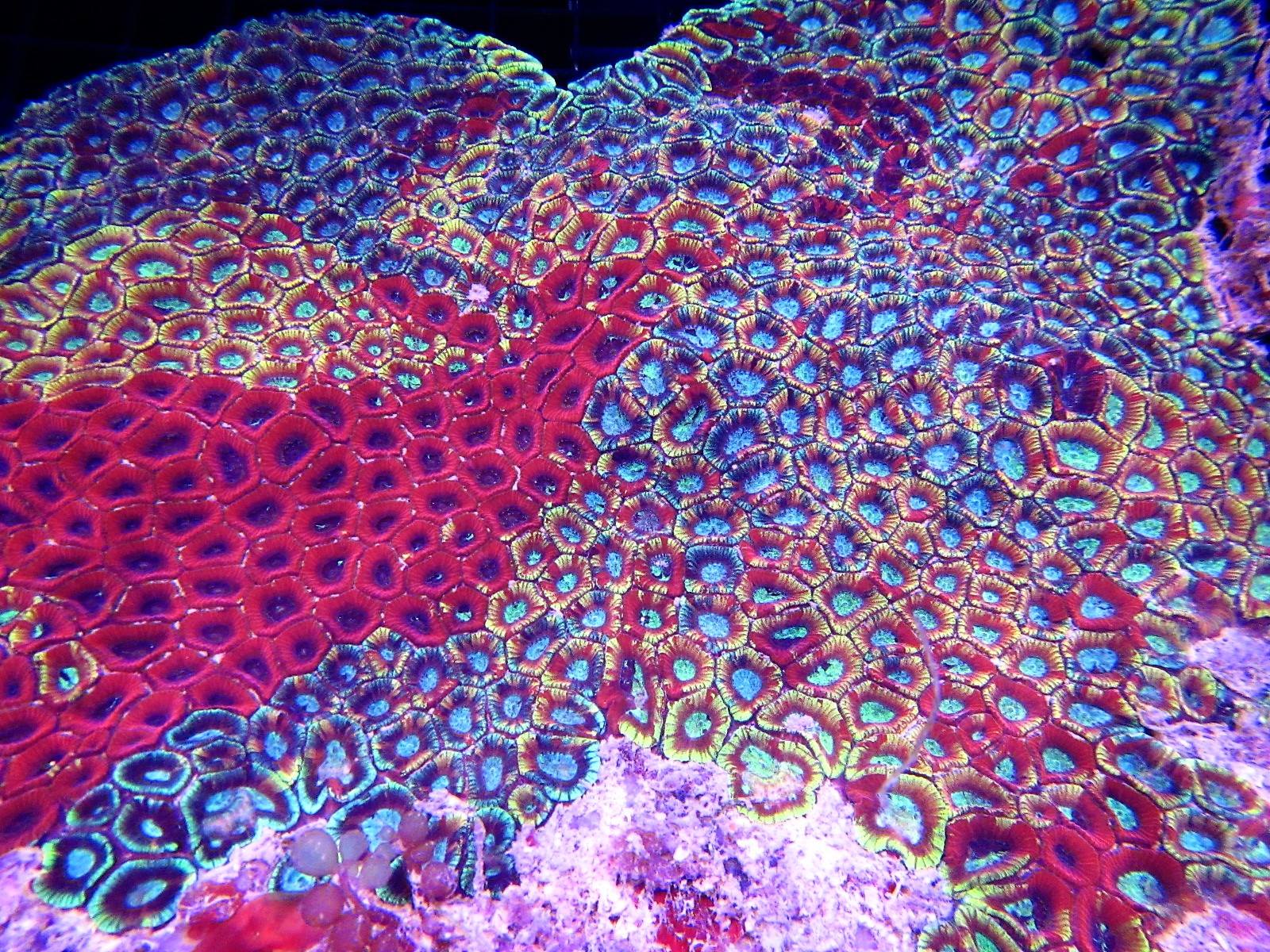 There’s an early front-runner for this year’s Coral Of The Year award… this Favites, procured from Northern Australia by Monsoon Aquatics.

I’d wager this is Favites pentagona, or, at least, what aquarists typically identify as that species. Merulinids are a tricky lot to identify without a specimen, but this seems to have the angular corallites and whimsical coloring common to that species. But here it’s been taken to the next level. [UPDATE: on second thought, this is Micromussa amakusensis] The stark transition from one phenotype to the next seen in this colony is what one might expect from an artificially grafted colony, but, make no mistake, dear reader, this came straight from the ocean.