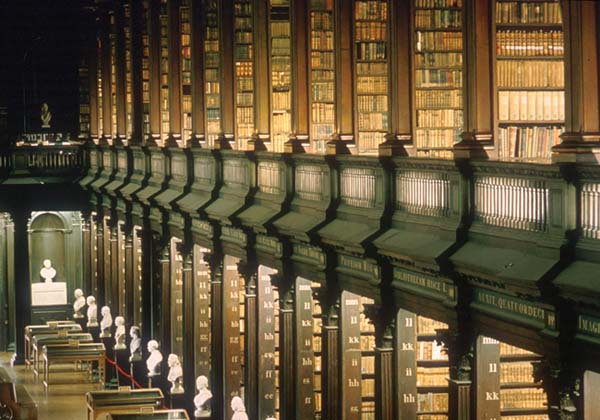 Books… You remember books, right?  Those things with paper that you may currently be using as door stops, those are books.  Many recent technological conveniences have made the ability to carry an entire library with you at all times much more convenient.  However, I am of the old-school philosophy that there is just no substitute for a good old fashion library full of books. There is just something special about curling up with a cup of coffee and a good book.  Not to mention, people will just assume that you have actually read all or most of the books in your library and therefore will assume that you are actually well-versed on the topics that you claim to be an expert on. This has a tendency to be very convenient…

There are some books that are staples of the library of just about every hobbyist, or as I lovingly refer to them (us) “fish nerds.”  These generally include, but are not limited to, those written by folks like Martin Moe, Julian Sprung and Charles Delbeek, or Scott Michael.  Perhaps you even have a recent addition by Tony Vargas.  However well-stocked your library may be, I would venture to guess that you are missing a few gems.  I would like to spotlight three often overlooked books that I think should be in the library of anyone with a love and appreciation for marine life. 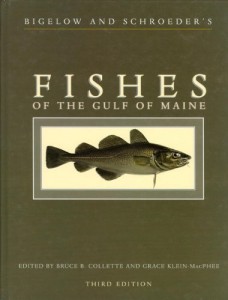 Bigelow and Schoeder’s Fishes of the Gulf of Maine I know; how can the fishes of Maine be interesting?  You, like many of us, may be accustomed to the idea that the only interesting fish are found in tropical waters; this book begs to differ (for more evidence of how false this assumption is, look out for Todd Gardner’s upcoming article on the tropical strays of New York in Coral magazine).  This book is full of beautiful illustrations of every species and detailed descriptions of their feeding habits, reproduction, range, and more.  Originally published in 1953, they are now on the third addition which contains contributions from over 35 ichthyologists and marine fisheries biologists whose interests focus on this often ignored region of the northwestern Atlantic.  In fact, you may be surprised when you find out exactly how many tropical species are included in the 500+ described in these pages such as the short bigeye (Pristigenys alta) and the lookdown (Selene vomer).  I have seen this book for $30 or $300, so be careful who you order from. 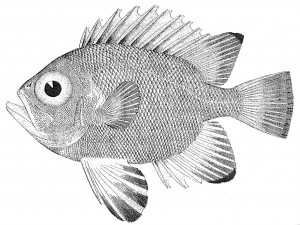 Short Bigeye, Pristigenys alta. Illustration from Fishes of the Gulf of Maine. 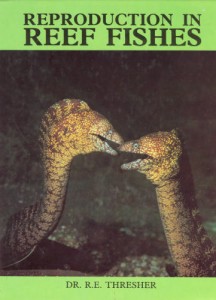 Reproduction in Reef Fishes (Dr. R.E. Thresher)  Some of the information in this book may be a little out of date since it was written in 1984, which is centuries ago considering the rate that new information regarding marine fish breeding is becoming available.  However, much of the information in this book is still useful and relevant.  He describes reproductive behavior and larval development (when that information is known) of about 40 families of reef fishes.  While there isn’t much in the way of eye-candy in this book, it should still grace the shelves of any hobbyist who may want to try their hand at breeding someday.  It is especially useful in helping you as you attempt to sex and pair your fish.  The more you know about spawning behavior, the better prepared you are to re-create this environment in your tank.  However, you’d better get this book when you see it.  It’s out of print, so the copies won’t be abundant forever, especially since I know I am not the only one who snatches up copies when the price drops ridiculously low.  As with the book described above, prices vary.  It is currently on Amazon.com from $1.30 plus shipping to $93.03 plus shipping.  Also, keep in mind, there is no such thing as a new copy of this book.  Do not be fooled. 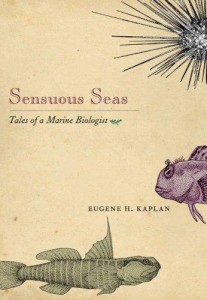 Sensuous Seas: Tales of a Marine Biologist (Eugene H. Kaplan) All of us who love fish seem to also love stories.  Whether we are the fishermen who tell tales of fish “this big,” the divers who swear that they were charged by a 10’ Napoleon wrasse (Cheilinus undulates), or the hobbyist who is going to tell you about the time they raised an entire batch of clownfish in a Pyrex dish with no aeration or filtration.  Eugene Kaplan is one of those story tellers.  Only unlike many tellers of fish tales that I have met, he actually has some pretty incredible stories to tell.  His stories are also true; another fact that separates him from the masses of story tellers. He has spent his life travelling the globe and he has quite the propensity for finding himself in some interesting situations.  Additionally, he has a knack for recalling those stories in a seriously amusing manner. His stories also tend to have one common theme: sex.  Sex of fishes, sex of invertebrates, and even a few sexual comparisons to humans fill the pages of this book. Let’s face it, sex sells.  When you mix humorous anecdotes, sexual innuendo, and some fascinating tidbits about marine life you never knew that you never knew, you’re bound to find a book that will capture the attention of any fish lover.  Now the news gets even better; for those of you who are in fact embracing the technological advances of the 21st century, this book exists in Kindle edition in addition to the classic hardcover.  If you enjoy Kaplan’s humorous writing style, and your interests step out of the realm of only marine organisms, I would also recommend his book What’s Eating You?: People and Parasites which will leave you laughing so hard you have to keep reading, even as your stomach churns.