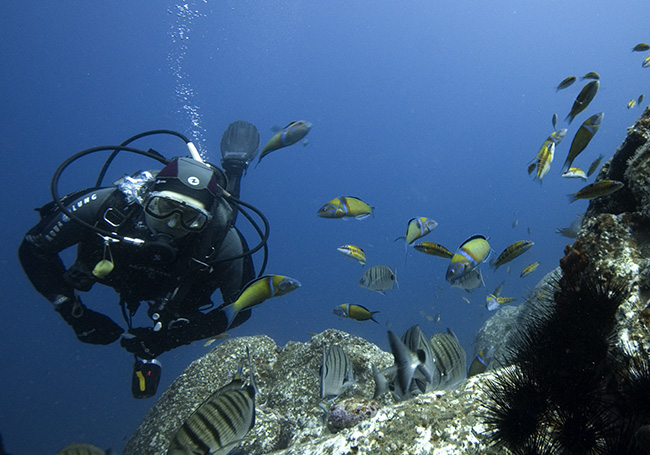 I’ve been sharing a few images of Mediterranean life recently, but there’s a group of fishes I’ve not yet featured. I think it’s time to do something about that, with a look at two of the most colorful fish from the region. 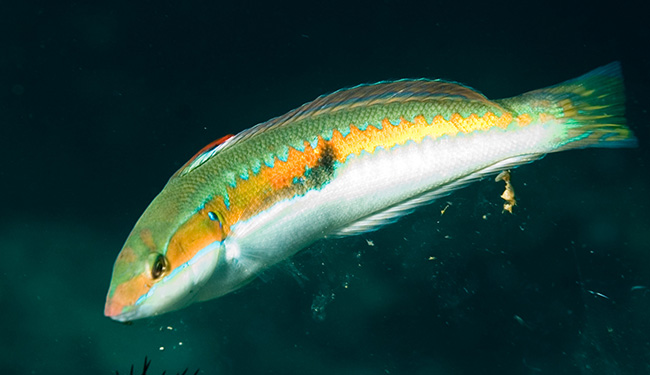 We all know that wrasse are fantastic fish, ranging from colorful little fish that are a few inches in length to monstrous beasts like the Napoleon Wrasse.  Many switch colors and patterns as they mature, and some have interesting lifestyles and ecologies.

While most wrasse are tropical dwellers, there are quite a few species from the temperate and cold water seas and oceans that are just as impressive as their warm water cousins.  Here are three of my favorites: 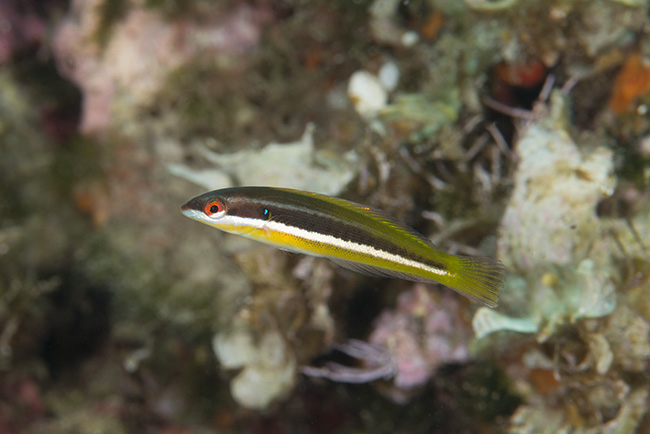 Any dive in the Med is likely to feature The Rainbow Wrasse (Coris julis).  Related to the rest of the Coris genus (I think there are just under 30 so classified) of colorful small(ish)wrasses, The Rainbow Wrasse is a striking, busy fish that spends its time exploring the substrate for crustaceans.  It is also associated with sea grass beds.  As you can see from these images, the fish has different colors and patterns, depending on its age. 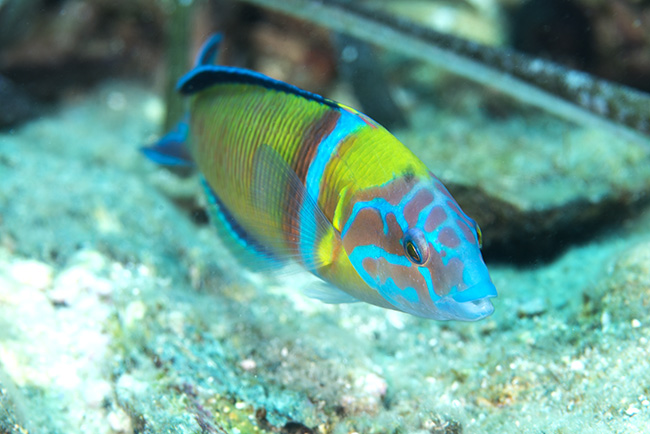 Probably the most attractive wrasse from the Med is Thalassoma pavo, the Ornate Wrasse.  This fish starts out with a vivid green color (which I have yet to capture on film), and as it grows, it develops a large blotch under the dorsal before reaching its very colorful terminal phase. Larger, adult fish (up to 8 inches) are much braver and will approach divers, especially if they do the ‘sea urchin trick’: cutting open one of the unfortunate creatures to attract predators.  Not something I do or advocate, I might add. 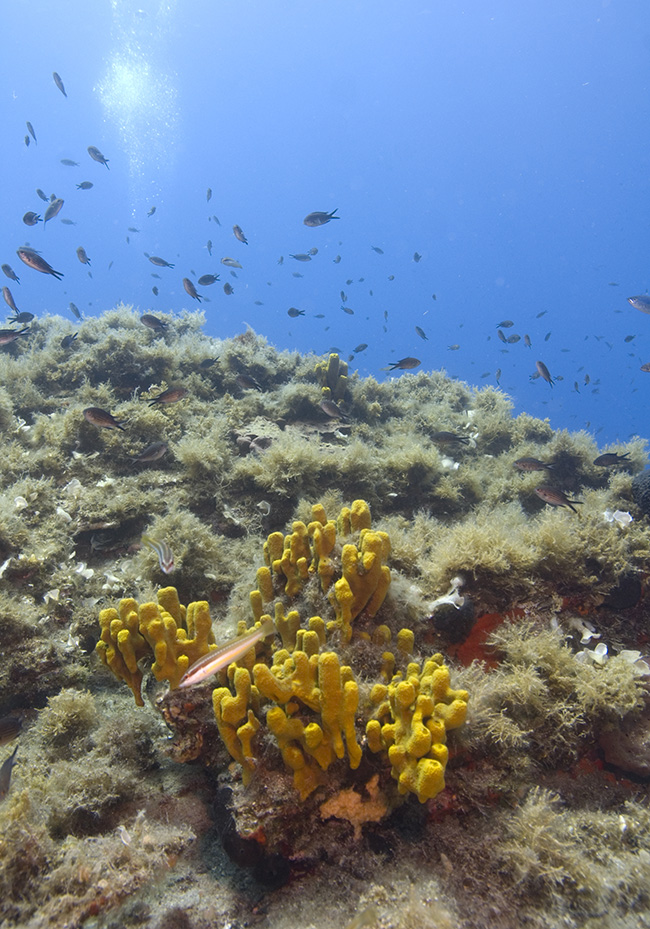 Typical wrasse habitat in the Med.

Last, I have the Ballan Wrasse (Labrus bergylta).  This fish is found in the Med and in UK waters (where I took this image).  This substantial fish will reach a foot and a half in length, and just look at that color! 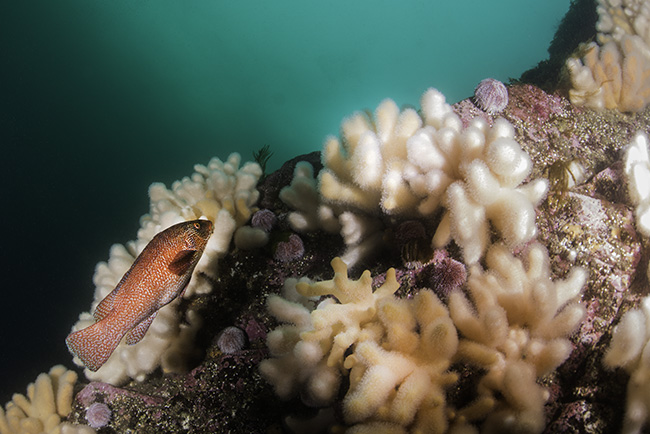