Trends in the marine aquarium trade – Now with data! 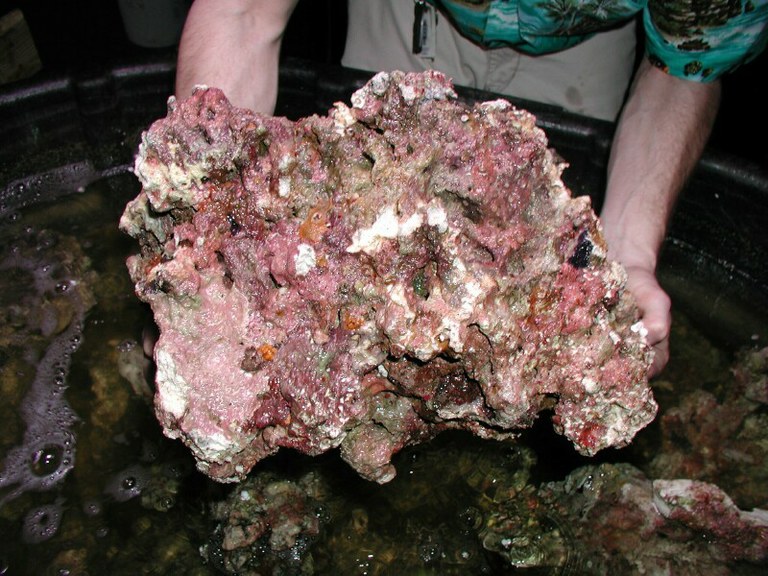 A great example of some really nice live rock used in the hobby today.


Published as an Open Access article in the Aquaculture, Aquarium, Conservation & Legislation International Journal of the Bioflux Society, Andrew Rhyne and Michael Tlusty sifted through United States import data to understand how we as hobbyists have consumed marine flora and fauna for the last 10 years. Their paper “Trends in the marine aquarium trade: the influence of global economics and technology” summarizes their findings.

What they did was pour through the mountain of data from trade sources including the United States-State of Florida Marine Life Landings, CITES stony coral imports, and the United States Fish and Wildlife Service’s Law Enforcement Information System import data for ‘live rock.’ They then sorted and compiled the data and extracted trends for the following groups of imports:

Rhyne and Tlusty then investigated what might have driven the trends they saw in the data while taking into account the recession starting in 2008. The data were highly variable in terms of coral, fish, invertebrates, and plants and no one factor could explain the variability in the data. However, of particular interest to them was the significant dip in imports for live rock and live sand, which started a downward trend in 2006. By the end of 2010, live rock imports had dropped to 23% of it’s peak in 2005 of ~2,000,000 pounds to less than 500,000 pounds. Live sand, likewise, dropped from a peak of ~500,000 lbs to ~45,000 lbs. These are huge drops in imports.

Rhyne and Tlusty attributed this large reduction due to “technological advances, primarily in lighting” which in turn “allowed for the advent of the smaller ‘nano’ reef tanks.” They then went on to explain how the advent of compact fluorescent lamps in the mid 2000’s followed by LED lighting allowed for nano tanks to thrive as high light corals could now live in much smaller boxes:

“Aquariums could now be lit with energy efficient LED lights that produce very little direct thermal heat and indirect IR heat into the aquariums allowing for sustained coral growth at rates similar to those of HID lighting. This has effectively removed the limitation of heat dissipation on aquarium size and at the same time reduced the operating costs for aquarist.”

Interestingly enough, Advanced Aquarist was cited three times in this journal article (yay!) as examples of how lighting trends have changed in recent years:

They are quick to point out that correlation does not equal causation in this study and that other factors could certainly affect the data as well:

Their ultimate goal with this research was to better understand how imports change over time as “CITES and other international government bodies, concerned Non-Governmental Organizations and scientist would greatly benefit from a deeper understanding of this industry from a producer and consumer standpoint in order to better predict how the marine aquarium hobby will be shaped by external forces in the future.”

While I agree that techological advances like LED lighting open the doors for smaller nano reef tanks, I think Rhyne and Tlusty missed a couple key points which could also explain the observed trends:

Back in the early 2000’s, the recommendation for live rock was roughly 1.5 to 2.0 pounds per gallon with 2 pounds more normally recommended. Today the recommendation is much less lying somewhere between 0 and 1.5 pounds per gallon. You may scoff at no live rock in a system but there are people doing just that – at least on a smaller scale – with nano species-specific tanks. When I first started in the hobby in 2000, I remember seeing the typical “Box-o-Rocks” setups with tanks largely comprised of live rock. My 38 gallon tank at the time had at least 2 pounds per gallon (80 pounds total) and it seemed full to me. Now the trend is for much more open displays with plenty of open water areas, high flow, and good filtration using skimmers, refugia, biopellets, granular ferric oxide (GFO), in addition to much less live rock in pounds per gallon. The recommendation changed due to advances in hobbyist techniques and information sharing through online forums and magazines such as Advanced Aquarist.

Craig Bagby’s 240 gallon reef aquarium, which we featured in our May 2011 issue, is a prime example of low live rock usage in a display tank:

Compare that to Kedd Lytton Smith’s 180 gallon tank from December 2002:

Marco Rocks is an example of dry rock.

Around 2007-2010 trends also changed with respect to live rock vs. artificial rock. Companies like Marco Rocks came into existence around 2007 supplying shapely dry rock that hobbyists could add to their displays. Interestingly, at the last MACNA a number of suppliers were featuring either mined rock or actual hand-crafted ceramic rock as live rock alternatives. CaribSea has their own dry rock products called Reef Rocks. CeramEco and Aquaroche both supply shapely ceramic rock structures.  These alternative rock sources are becoming more prevalent in the hobby as hobbyists change their techniques and preferences for live versus artificial rock.

Live sand had a similar recommendation change. Deep sand beds were all the rage in the early 2000’s with sandbed depths ranging from 3″ – 7″. The thought was a deeper sandbed would promote better denitrification. Obtaining live sand cultures and organisms were also highly encouraged in the hobbyist forums and literature. Around 2005-2007 this trend started to change. Shallower sandbeds became the norm and the bare bottom tank made a reappearance with suggestions of using white polyethylene cutting boards (“Starboard“) for bottoms in case hobbyists wanted a white-bottom look. This shift in sand recommendation would affect live sand imports. We published an interesting two-part series by Robert Toonen, Ph.D and Christopher Wee titled “An Experimental Comparison of Sandbed and Plenum-Based Systems, Part 1 and Part 2” where they evaluated deep sand beds, shallow sand beds, and plenums and their effects on ammonia, nitrite, nitrate, pH, and salinity. Sand bed depth was not significantly correlated to reduction of ammonia, nitrite, or nitrate. This finding highlighted that deep sand beds are not necessary for adequate denitrification.

One confusing thing about the assertion that lighting trends drive adoption of nano reefs which in turn drive down live rock and live sand usage is how radical this adoption would have to be in order to drop imports by the magnitudes observed in the data.  Nanos cost less to setup and operate which should open the hobby up to more people. This in turn should drive UP usage of live sand and rock if we assume consistent recommendation levels of 2 pounds live rock per gallon and a 3″-7″ deep sand bed.  Changes in recommendation levels and/or adoption of artificial rock and sand make sense showing how live rock and live sand imports decreased — unless of course hobbyists with larger tanks all downsized their tanks to something significantly smaller. Without tank size and prevalence data, it is hard to make many conclusions on tank volume driving live rock and live sand imports. In any event, the data is very interesting and bears discussion.

I highly suggest that you read the open access article and draw your own conclusions. Sound off in the comments below!

NOTE: The latest MASNA podcast features Andrew Rhyne and discusses this particular paper. It’s an interesting podcast so go check it out.  In addition, we covered a detailed breakdown of fish imports for 2004-2005, again reported by Rhyne, in our blog post Taking a hard look at the marine aquarium trade importation numbers.