The Trials & Tribulations of a Young Reef Tank 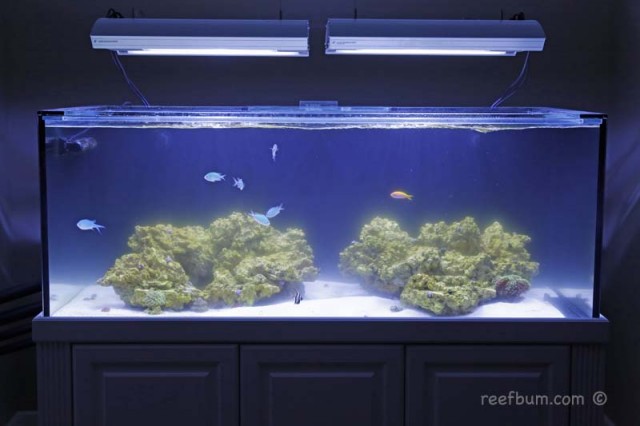 Starting and maintaining a successful reef tank is not an easy task, even for veterans of the hobby. There are many curveballs out there capable of bringing a reef keeper to their knees that can cause them to “cry uncle”, especially during the early part of a tank’s life.

For my latest tank, I encountered a few bumps in the road, forcing me to endure what I would term a rough start. Now mind you, I have been in the hobby for over 20 years so the knowledge I accrued has certainly made it easier for me to steer clear of past problems. For instance, in an old tank I had a wicked type of invasive algae that hitchhiked in on some live rock, forcing me to shut the tank down. With that in mind, I used dry rock versus live rock for my new tank to minimize the chances of it happening again.

Nonetheless, a veteran with my experience is not immune to trouble. It is humbling but at the same time refreshing to know there are so many new things you can learn during the reef keeping journey.

So what problems popped up with my new tank? Well, the first hiccup was a bacterial bloom, not an uncommon occurrence for a new tank. I never had one so I had to put my detective cap on to figure out how to eliminate the cloudy water, which was brought on mostly by some fish deaths. Ultimately, a UV sterilizer knocked out the problem.

Next up was a diatom bloom…