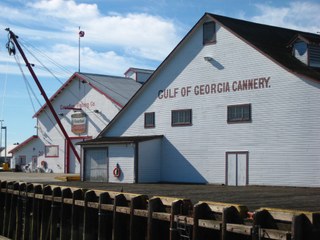 
Fisheries waste is a big deal as so much waste is produced on an annual basis that much of it ends up getting dumped into the ocean in order to deal with the growing mountain of “yuck.” Companies end up paying big fines for their dumping of this waste as well as the ocean just can’t handle this huge influx of organic waste.

One scientist, University of Alaska Fairbanks (UAF) assistant professor Andy Soria, believes he has found a way to make a dent in the problem: create energy from the waste stream by turning the fish guts into a fuel source. Dr. Soria has a Ph.D. in Wood Science and his current focus is on turning low value biomass into fuel sources. Lately he has been experimenting with pelletizing a slurry of fish waste with wood and wood waste from the forest industry and then placing them in a gasifier which would then produce something equivalent to natural gas.

It’s an interesting concept, but one major concern I had when I read about this was that the pellets would stink of rotting fish. Apparently this isn’t the case as they smell like a fresh fishy river and not rotting fish like one would suspect.

Based on his research, he has found that these wood pellets can accomidate up to 25% fish waste (head, tails, guts) and still make a viable fuel source in a gasification process. He believes his process could utilize up to 20,000 metric tons of fish waste annually which would reduce the total amount of fish waste disposal by 20%.

“This is the first piece,” he said. “This project proves fish waste can make energy.”

(via SitNews.us, University of Alaska Fairbanks)