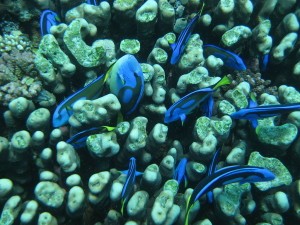 As many of you know, MASNA, the Marine Aquarium Societies of North America, is a non-profit organization whose focus is to educate, assist, support, and encourage marine aquarium groups, clubs, and hobbyists across North America.  To this end, the organization has just released two new educational articles, which can be accessed and downloaded for free from their website, www.masna.org.

The Palette Surgeonfish Aquaculture article explores the work being done in the captive breeding and rearing of the common Palette Surgeonfish (P. hepatus), and Yellow Tang (Z. flavescens) by hobbyists, corporations, and scientists alike, detailing successes and efforts from sources such as Rising Tide Conservation, The Oceanic Institute in Hawaii, Sustainable Aquatics, the Fisheries Research Institute of Taiwan, and even home hobbyists such as Darren Nancarrow. It delves into the success rates, feeding regime, and success stories of breeding and raising these difficult fish. The article can be found here. 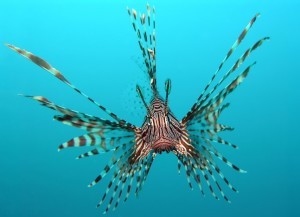 The second article , “Lionfish Education”, details the current invasive epidemic of the common P. volitans and P. miles Lionfish in Atlantic and Caribbean waterways, covering the first known sightings of these invasive species, possible methods of their introductions, and steps being taken to remove and eradicate current populations.  Pulling from anecdotal and professional information concerning the historical and current spread and locale of the invasive species, scientists have traced back potential sources of their introduction into non-native waterways.  Looking into the genealogical histories of captured specimens, behaviors and impacts of native species, and work being done by local fisherman and volunteers, the article aims to educate hobbyists and professionals on how to react to seeing these fish in their daily dives and what they can do to help ease the burden being caused by these animals.

Both articles particularly timely, as there is great concern about the influence that the upcoming Disney movie, Finding Dory, will have on the hobbyist and industry alike, and the (harmful) positive stance the cast and producers are taking regarding the subject of releasing captive-housed livestock back into open waterways.