A pair of closely related sand-sifting gobies have been described from opposite ends of the Coral Triangle. The new taxa belong to the increasingly diverse genus Amblygobius, whose bulky members occur in habitats dominated by sand, silt and mud, eeking a living by scooping invertebrates from the substrate. Within the aquarium trade, the only species commonly seen is the widespread Pacific A. phalaena, known as the Banded Sleeper Goby, but, with these newest additions, the genus now has around sixteen recognized taxa.

They all share similar patterns of longitudinal stripes and, sometimes, vertical bars, as seen most prominently in A. phalaena. Like the closely related Valenciennea and Signigobius sand-sifters, these fishes live in monogamous pairs, scooping up the detritus of their surroundings whilst in a matrimonial bliss. 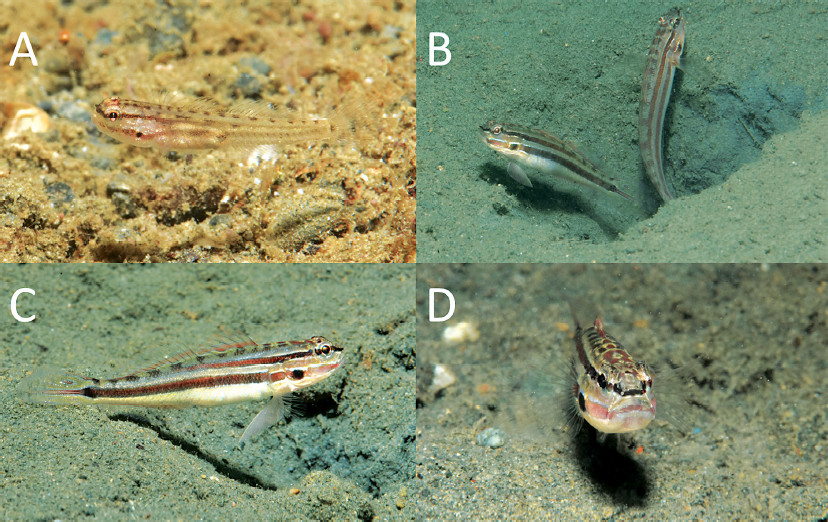 The curiously named Baldhead Siltgoby (Amblygobius calvatus) is known from El Nido, in the Philippines province of Palawan. The nomenclature refers to the lack  of scales on the upper portions of the head, which, in a Trumpian flourish, this goby gracefully covers up with a combover of pink-hued spots. Having never been recorded in the main islands of the Philippines, it’s possible this species is more widespread in the South China Sea, the Gulf of Thailand or the Sulu Sea, all regions that have seen relatively little exploration of their non-reef ecosystems. 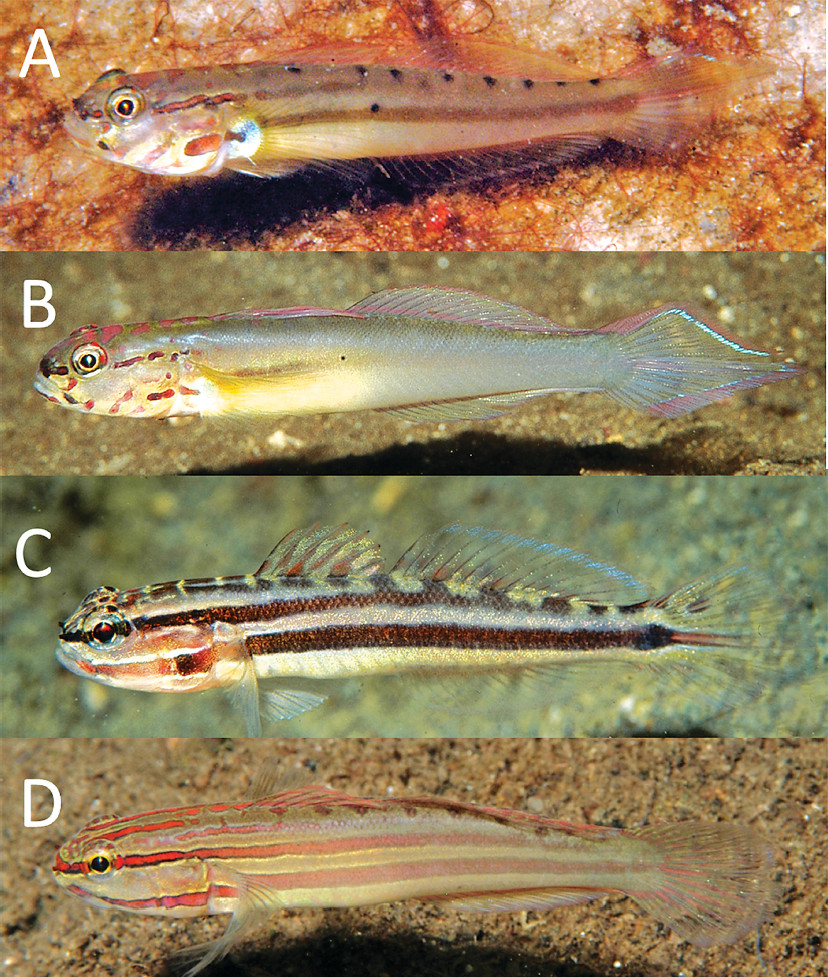 Amblygobius cheraphilus is a more widespread beast, which the authors have given the rather prosaic common name of East Indies Siltgoby. It has been recorded from nearly every corner of the Coral Triangle, including Bali, Okinawa, the Rowley Shoals of Northwestern Australia, Yap in Micronesia and Milne Bay, New Guinea, where the type specimens were collected. It’s remarkable that such a widespread and prominently colored goby could be overlooked for so long, and perhaps a testament to just how similar and confusing the members of this genus are to one another. It had been previously confused with a species that shares its range and habitat, A. nocturnus, but it can be told apart on account of a prominent dark spot on the operculum and lacking some of the red striping seen on the head. It has been reported from notably muddy habitats—cheraphilus translating as “mud-loving” in Greek—and is said to occur at times in close proximity to freshwater streams.