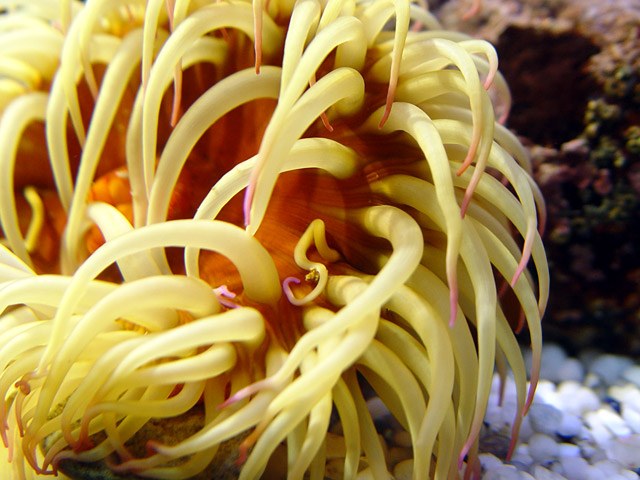 
Irvine, CA & Seattle, WA — Scientists at UC Irvine reported this week that a synthetic compound ShK-186, originally derived from a sea anemone toxin, has been found to enhance metabolic activity and shows potential as a treatment for obesity and insulin resistance.

The findings published the week of May 27 in the Proceedings of the National Academy of Sciences reveal that ShK-186 selectively blocks the activity of a protein that promotes inflammation through the Kv1.3 potassium channel. The study presents the first evidence that the drug candidate – which in March showed positive results in a Phase 1 safety clinical trial – may also work in an anti-obesity capacity.

UC Irvine licensed ShK-186 to Kineta Inc., a Seattle based biotechnology company in 2009; it is the company’s lead drug candidate. Kineta is developing this compound to treat autoimmune diseases, such as multiple sclerosis, psoriatic arthritis and lupus. It has also licensed the use of ShK-186 for the treatment of metabolic syndrome and obesity.

In the present study, Dr. George Chandy and his colleagues evaluated ShK-186 because it has high selectivity for the Kv1.3 target, a favorable pharmacokinetic profile, and meets the qualities of an industry-standard drug. In tests on obese mice that ate a high-fat, high-sugar diet, ShK-186 therapy reduced weight gain, white fat deposits, fatty liver, blood cholesterol and blood sugar by activating calorie-burning brown fat, suppressing inflammation of white fat and augmenting liver function. The compound had no effect on mice that ate a standard chow diet, suggesting that the obesity-causing diet triggers the expression of the Kv1.3 target.

“This is a new twist in a sustained journey of discovery made over the 30 years that charts the course for expeditious translation to humans who suffer from potentially lethal consequences of metabolic syndrome and autoimmune diseases,” said Chandy, professor of physiology & biophysics at UC Irvine and a Kineta scientific advisor. “We evaluated ShK-186 in an obesity model because it has high selectivity for the Kv1.3 target, a favorable pharmacokinetic profile, and meets the qualities of an industry-standard drug.”

“These data are quite exciting and strongly support the notion that inhibition of the Kv1.3 channel provides a highly effective method for managing obesity and its associated metabolic abnormalities. The results obtained with ShK-186 are consistent with what one would expect to see with a potent inhibitor of this channel. While additional studies are needed, the potential clinical relevance of this work is enormous, since a significant number of people are afflicted with obesity and its associated complications, and no Kv1.3 inhibitor, as a drug candidate for obesity, has reached the clinic until now,” said Dr. Gary V. Desir, professor of medicine at Yale University, and an expert on the Kv1.3 channel’s role in renal potassium secretion and glucose metabolism. Dr. Desir was not involved with the study.

“Knowing that ShK-186’s unique mechanism of action may have broad utilization across multiple therapeutic disciplines, such as autoimmune diseases and now obesity, further adds to the potential of this compound. This study also shows how medical progress can be made through academic and private sector partnerships,” added Charles Magness, Ph.D., President and CEO of Kineta.

According to the World Health Organization (March 2013), obesity worldwide has nearly doubled since 1980. In 2008, more than 200 million men and nearly 300 million women, or 11 percent, were obese. Diabetes is expected to affect roughly 300 million humans by 2030 with an economic cost of $260 billion annually.

About Kv1.3 Research at UCI

Dr. Chandy and his UC Irvine colleague Michael Cahalan discovered Kv1.3 in 1984, and since then they have characterized the role of this channel in immune cells. In the 1990s, Chandy and colleagues found that ShK, a peptide from sun anemone venom, blocks Kv1.3 with high potency. They created a synthetic version, ShK-186, and demonstrated its usefulness in treating autoimmune diseases in animal models. ShK-186 is now under pharmaceutical development at Kineta.

Kineta’s lead clinical stage program, ShK-186, is a selective and potent blocker of the voltage-gated Kv1.3 potassium channel. Originally developed from the toxic tentacles of the sun anemone, Stichodactyla helianthus, ShK-186 is a synthetic peptide with a novel mechanism of action that targets autoimmune diseases, including multiple sclerosis, rheumatoid arthritis, and lupus, without broadly suppressing the immune system. ShK-186 was the first Kv1.3-specific inhibitor advanced into the clinic and was well tolerated in a Phase I clinical study that was completed in March 2013.

Founded in 1965, UC Irvine is a top-ranked university dedicated to research, scholarship and community service. Led by Chancellor Michael Drake since 2005, UC Irvine is among the most dynamic campuses in the University of California system, with more than 28,000 undergraduate and graduate students, 1,100 faculty and 9,400 staff. Orange County’s second-largest employer, UC Irvine contributes an annual economic impact of $4.3 billion. For more UC Irvine news, visit news.uci.edu.

Kineta is a Seattle-based privately held biotechnology company specializing in clinical advancement of novel drug candidates derived from leading edge scientific research. Our world class scientists are pioneers in developing life-changing classes of new drugs designed to be more effective and safer than current medicines. Kineta seeks to improve the lives of millions of people suffering from autoimmune and viral diseases and from severe pain. Our progressive business model focuses on targeting unmet medical needs and rapid achievement of important clinical milestones. For more information on Kineta, Inc. visit our website, http://www.Kinetabio.com