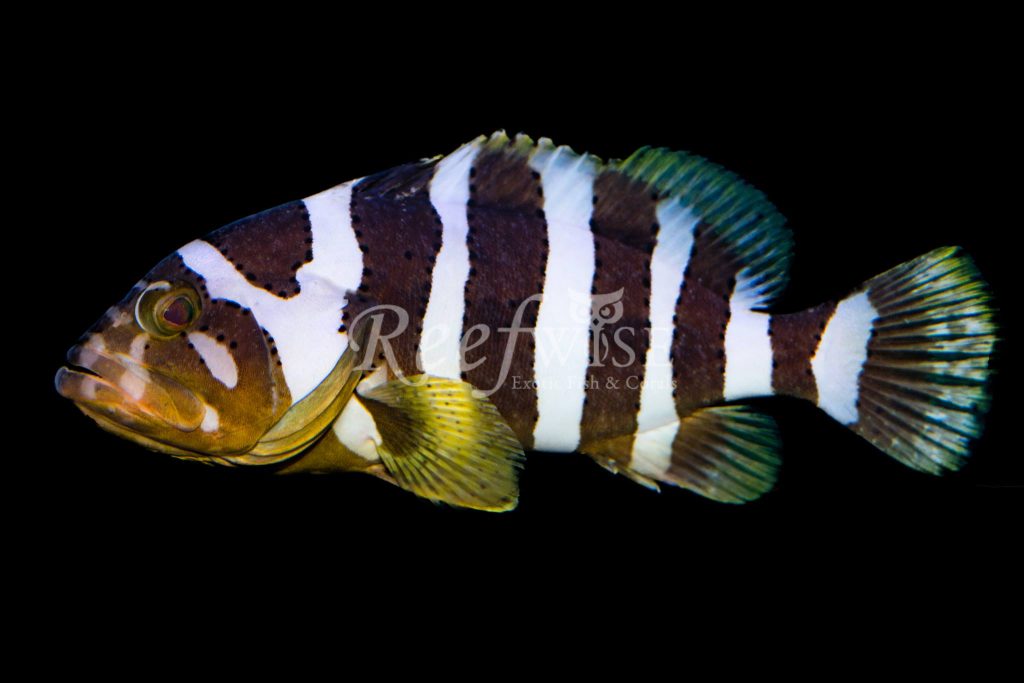 Reefwise, one of the Chicago area’s premier destinations for rare marine species, has scored big with their latest find. This incredible specimen is Epinephelus amblycephalus—known variably as the Banded Grouper or Blunthead Rockcod—a deepwater beauty which is more likely to be seen on a dinner plate than alive in an aquarium. Along with the neptune Grouper (E. igarashiensis) and the Spanish Flag (Gonioplectrus hispanus), this seldom-seen species is a must have for any self-respecting grouper aficionado. 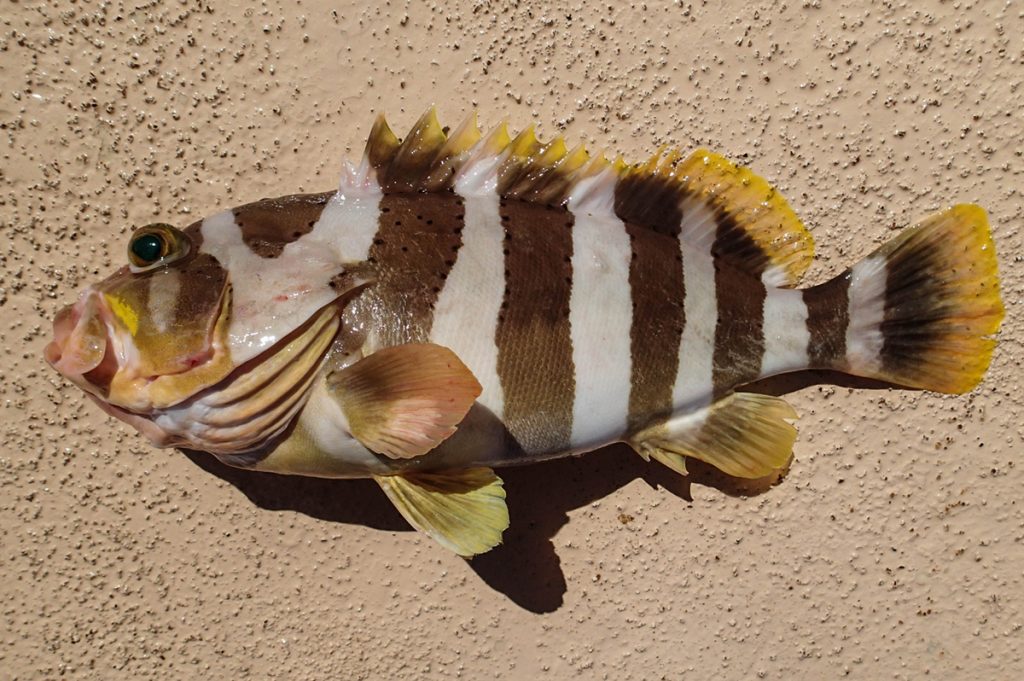 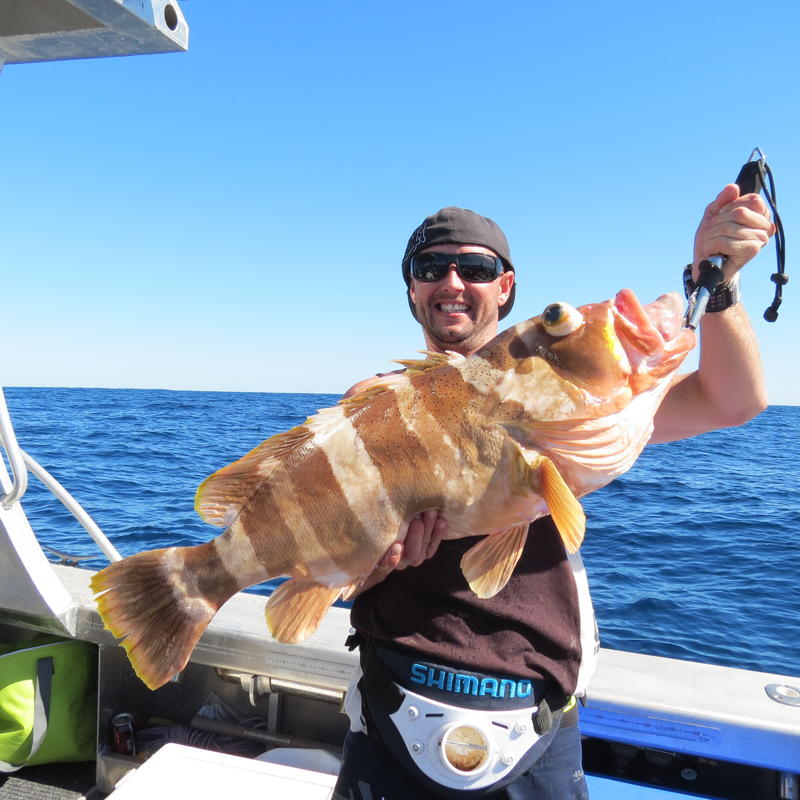 Favoring depths of 80 to 130 meters or more, the Banded Grouper is one of the many piscine treasures lurking about the mesophotic reefs of the West Pacific, occurring from Japan in the north to Australia and Fiji. This preference for the deep obviously puts a severe limit on the number of individuals which can be safely collected, ultimately making this lovely grouper quite a bit more expensive than its shallow-water peers. And, with a maximum recorded size in excess of a foot and a half, a suitable aquarium would need to measure in the hundreds of gallons, making this fish a bit tricker to house than some of the other deepwater hauls which make their way into the aquarium trade.

The OTHER “Banded Grouper” Epinephelus awoara. Note the darker head and spotting between the dark bars. Credit: Puipui tartare

The good news is that E. amblycephalus, unlike much of its serranid kin, actually keeps its eye-catching good looks into adulthood. It belongs to a lineage of moderately sized groupers sporting a characteristic patterning of vertical bars along the body (Schoelinck et al 2014). Perhaps the most alike is E. awoara from the shallow waters of the Northwest Pacific, which is confusingly also known as the Banded Grouper. The more sharply defined patterning of E. amblycephalus, as well as the abbreviated stripe along the nape, allow these two to be separated. Other close relatives include the Spinycheek Grouper (E. diacanthus), the Sixbar Grouper (E. sexfasciatus), the Rock Grouper (E. fasciatomaculosus), and the Hong Kong Grouper (E. akaara), none of which are likely to be seen in captivity. 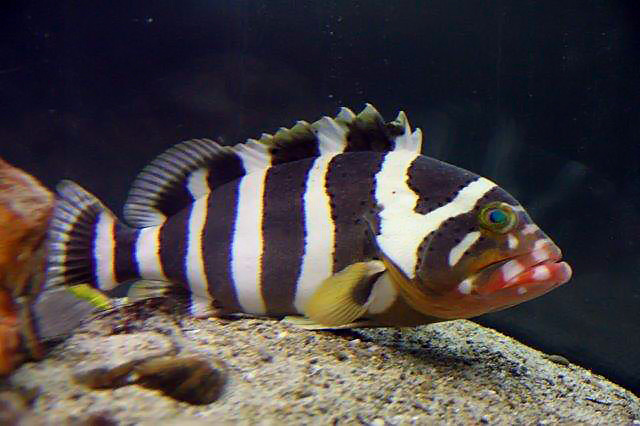 Given how rarely E. amblycephalum is made available, if you’ve got a large aquarium in need of a drool-worthy centerpiece, this could very well be your one chance to grab this fish.