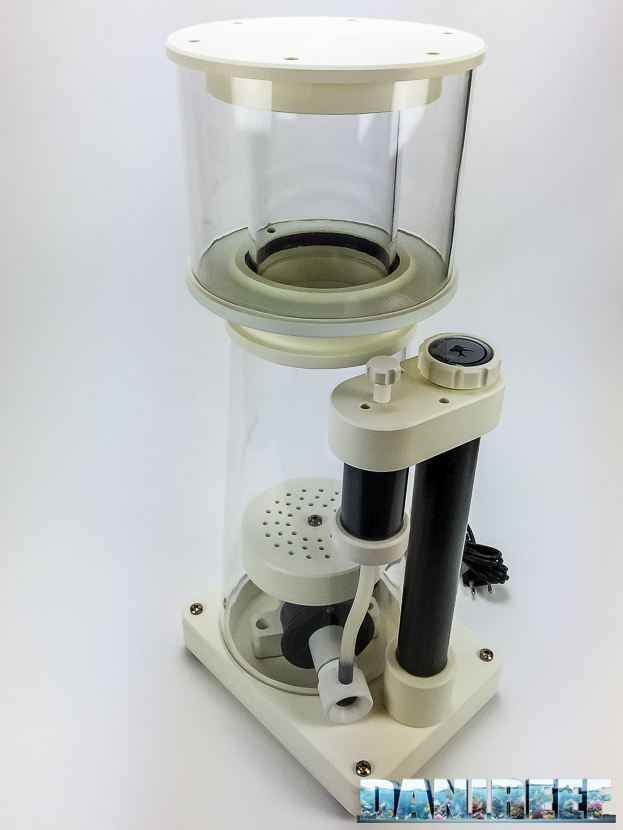 I found the first difference right at the top; the new cap is still extruded from the raw material, but now the inner part is made without edges, so the skimmer is much easier to clean. Its a very nice touch.

The new model is built with 4 mm thickness of acrylic, instead of its former 3 mm. It’s a big change, and with 33% more acrylic than before and its new conic body form, the skimmer is much more solid.

The joint between the body and the cup has been enlarged to accommodate the new thickness. 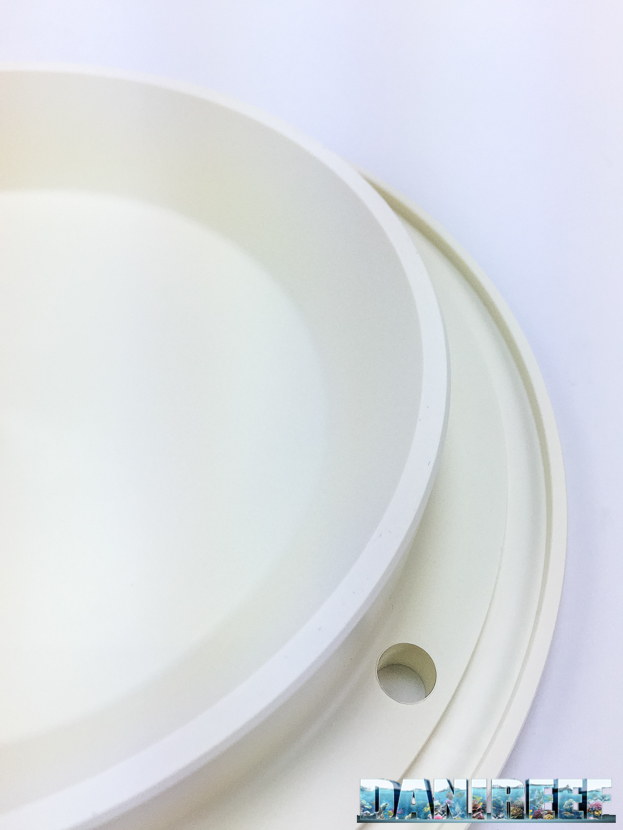 Another big change from the last model is the  EasyFlip.  Thanks to a gasket, it’s now possible to disassemble and remove the inner cylinder with one’s hands, in a very quick and practical manner. It functions without lubricant, and it’s the first time I have seen this.  I like it.

Below is a picture of the EasyFlip gasket on the Akula-UKS 180. 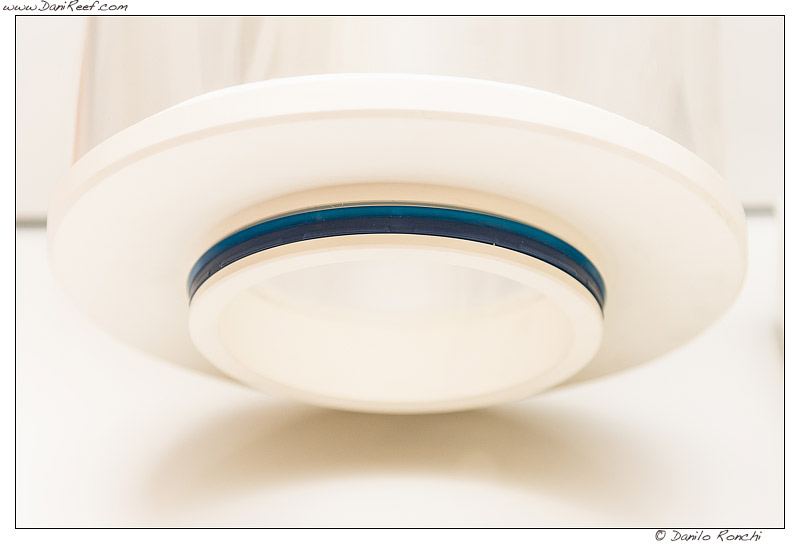 Its conic body, like that of  the Akula UKS-200 we saw during PetsFestival (sorry the link is in italian),  is 18cm at the bottom, and 14 cm at the top.

With the new design and new screw outlet, UltraReef is attempting to increase the linearity adjustment of this new skimmer. 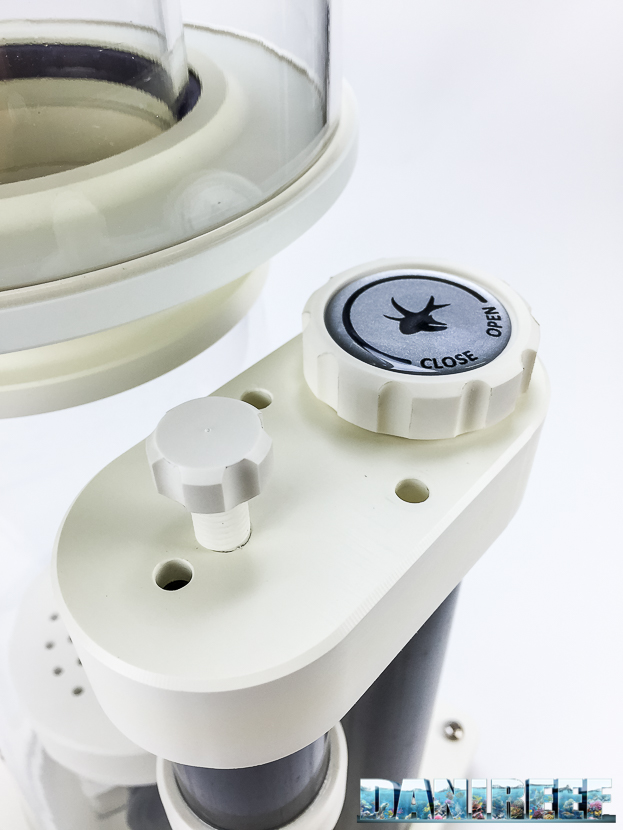 The new screw outlet took 16 complete rotations of the knob to pass from closed outlet to completely opened. It gives the customer the ability to really fine-tune the flow, and is a big improvement from the last model, which only had a mid round of setting.

And, because I’m sensitive to these things, I really like the new label on the knob. 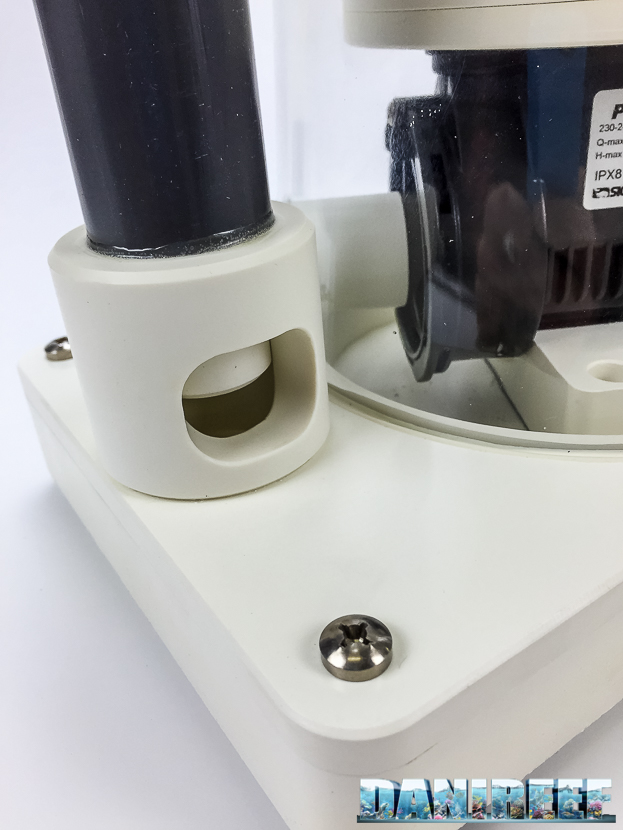 The new EasyFlip mode is at work throughout this new skimmer;  it’s easy to take out the setting body or the silencer, and if you want to take out the cup with the skimmer on, it’s now possible to flip up the portcullis to free the outlet without disturbing the settings! 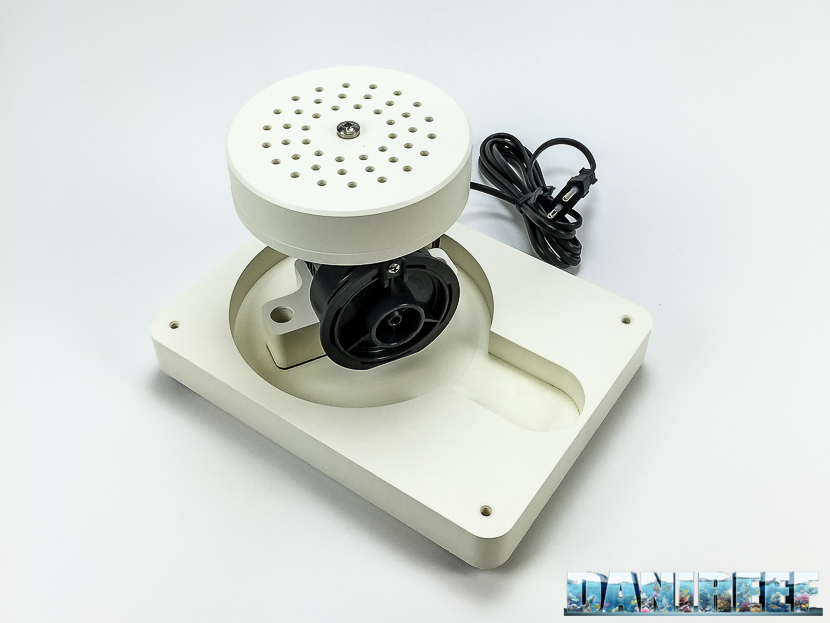 The air intake can be adjusted with a setting screw inside the silencer tube, but UltraReef states that working on this screw could result in a damaged pump.  As this setting only improves the stability, it’s advisable that only experts use it. 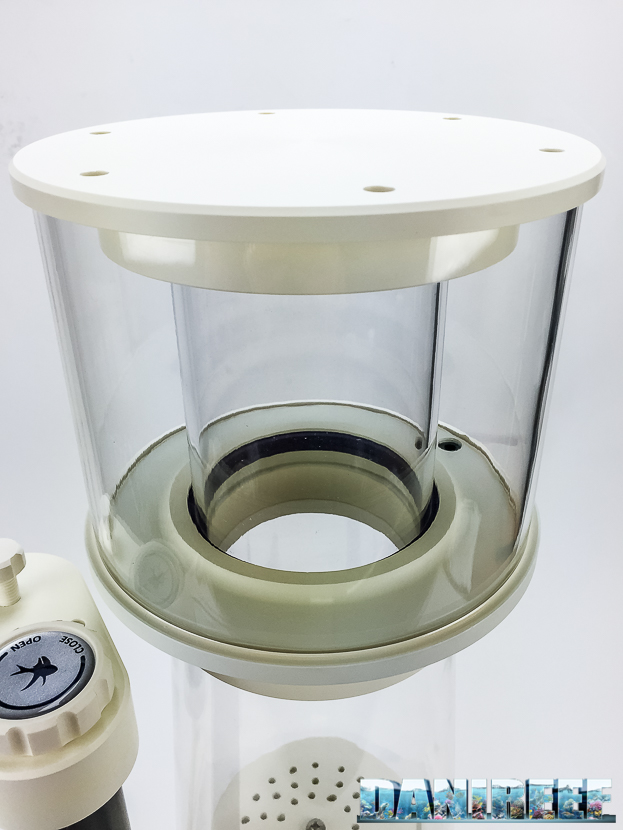 The finishing touch is the use of  titanium screws; the old screws were made from AISI316L steel, which sometimes oxidized. Nothing to worry about, but titanium is surely better. 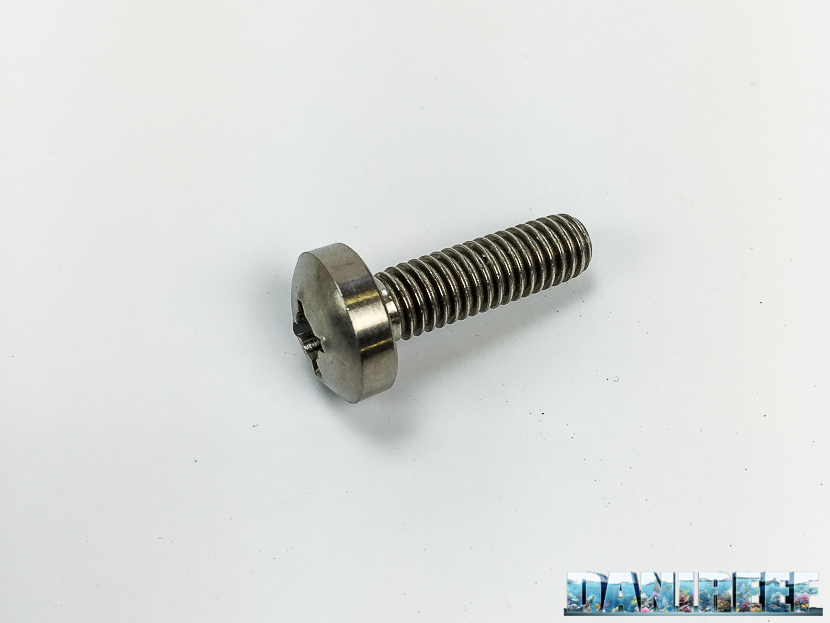 The UltraReef Akula UKS-180 V15 adopts the sicce PSK1000 pump, and is adequate for aquarium up to 500 liters filled with fishes and SPS, and up to 1000 liters for fish-only aquariums.

What else can I say? On paper, this looks like a great skimmer, with many useful improvements. It costs the same as its predecessor –  550 euro (in Italy), which I feel is a very reasonable price for this class of skimmer.

I hope to have one in hand soon, at which time I can write a deeper review. What do you think about this new product?