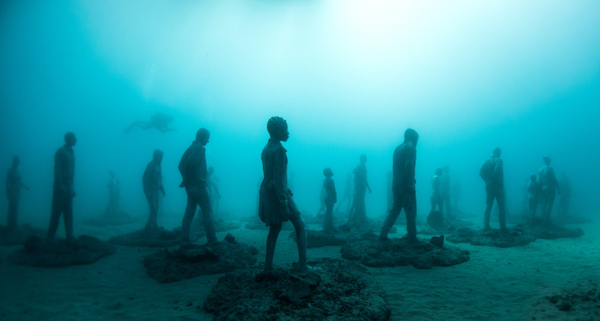 Sculptor Jason deCaires Taylor has created some amazing underwater sculptures; his works in Grenada are well-known amongst the diving community.  His latest project, Museo Atlantico, on the island of Lanzarote, features some works with powerful messages. 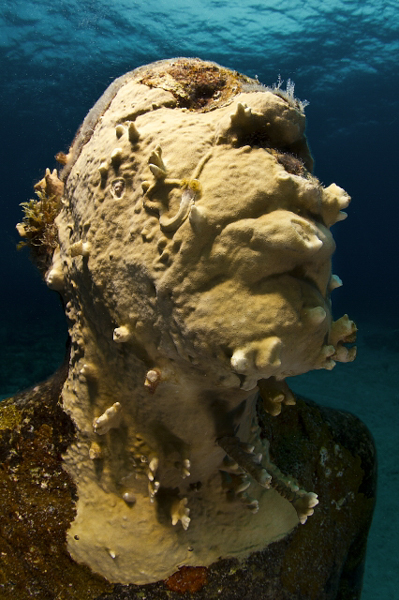 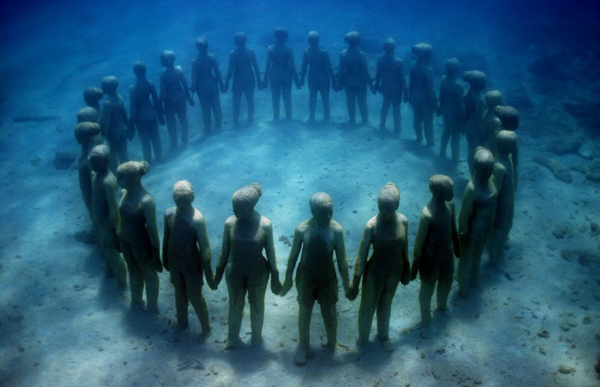 Underwater sculpture parks are quite the ‘thing to have’ these days. Acting as artificial reefs and photo opportunities, they attract divers and (of course) bring in the diving dollars.

In his latest project, Jason deCaires Taylor works in the clear waters off Lanzarote, one of Spain’s Canary Islands in the Atlantic.

Jason makes a political statement with his piece, ‘The Raft of the Lampedusa’; it reminds us of the harrowing stories and life-and-death journeys of refugees fleeing the troubled Middle East. On his Facebook page Jason describes the work as:

“a harrowing depiction of the ongoing humanitarian crisis, referencing French Romantic painter Théodore Géricault’s work: The Raft of the Medusa. Drawing parallels between the abandonment suffered by sailors in his shipwreck scene and the current refugee crisis, the work is not intended as a tribute or memorial to the many lives lost but as a stark reminder of the collective responsibility of our now global community.” 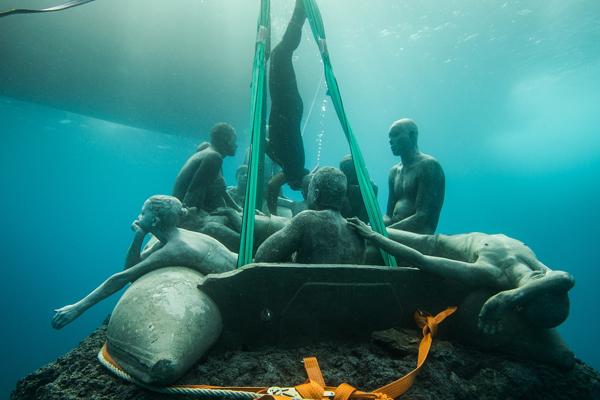 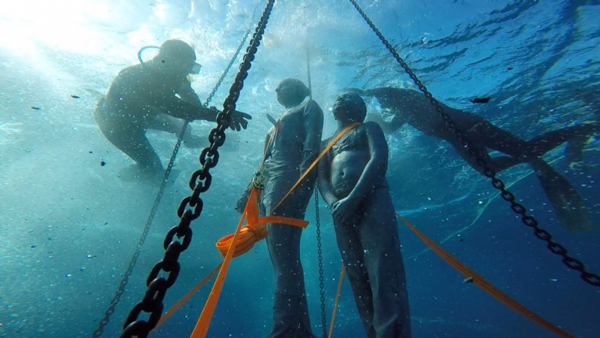 You can read more about Jason and see images of his works at his website.