From the creators of the Academy Award-winning documentary My Octopus Teacher, an immersive journey into the underwater world that inspired it—and holds transformative lessons for us all

Craig Foster and Ross Frylinck regularly dive together in the awe-inspiring kelp forests off South Africa, without wetsuits or oxygen tanks. Craig had dived this way for years, including alongside the octopus that inspired My Octopus Teacher. In Ross, he found a kindred spirit, someone who also embraced the ancient methods of acclimating his body to frigid waters, but whose eyes had not yet adjusted to the transcendent wonder Craig saw each time they dove. In the heart-wrenching stories that make up this unforgettable book, we swim alongside Ross as he grows from skeptic to student of the underwater wild. And in the revelatory marine science behind the stunning photos, we learn how to track sea hares, cuttlefish, and limpets, and we witness strange new behaviors never before documented in marine biology. We realize that a whole world of wonder, and an innate wildness within us all, emerge anew when we simply observe. 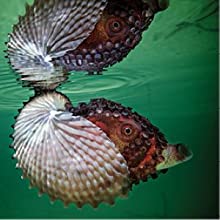 Argonauts are rare visitors to the Sea Forest. In all these years, I’ve seen them on only three occasions. I’ve dived with this individual for over an hour. It was initially wary of me but eventually, to my great surprise, it swam into my hand and folded its specialized arm over its shell. This is a sign of a relaxed, trusting animal. A wary animal retracts its whole body deep inside its shell. 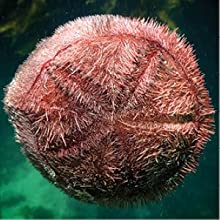 Heart urchins are some of the most cryptic of Sea Forest creatures, lying hidden in burrows in the gravelly sand. These burrows act as detritus traps, catching small particles of mostly kelp. The urchins essentially eat sand, analyzing particles with their specialized organs before ingesting them. Most of the shell is filled by a meter-long tube of stomach, which extracts nutrients from the sand. 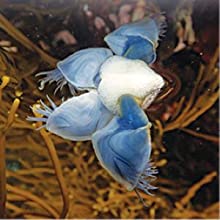 Buoy barnacles (Dosima fascicularis) are travelers of the high seas, attaching themselves to any floating object—event the back of a turtle. In the absence of an external float, they will excrete a white spongy substance that keeps them afloat.

My Octopus Teacher has captivated millions who long to connect with the natural world. Now, with Underwater Wild, the divers behind the film reveal a new vision of the sea, one full of wonder, new insights into marine biology, and life-changing teachings for even the most land-bound of us.

To learn more and to order the book, visit HERE