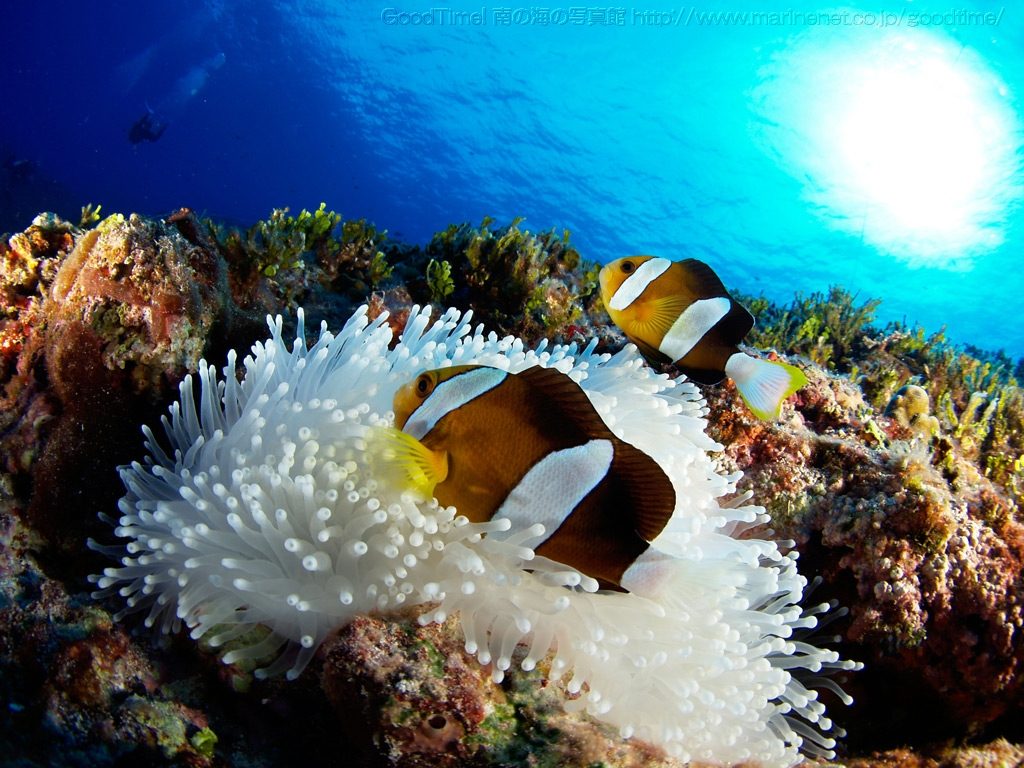 A non-melanistic pair of the Yellowtip Anemonefish, seen at Saipan. Credit: Goodtime

As part of my ongoing series documenting undescribed species of the Amphiprion clarkii group, let’s journey to the Mariana Arc to find yet another distinctive fish in need of recognition. This chain of islands sits at an important biogeographical intersection, where the eastern fauna of Micronesia mixes with the western fauna of the Coral Triangle and the northern fauna of Japan. This has resulted in quite a few endemic species being found here, such as the Mango Angelfish (Centropyge shepardi) and the Yellowcrown Butterflyfish (Chaetodon flavocoronatus), and, unsurprisingly, these isolated islands have also produced a few unique anemonefishes. 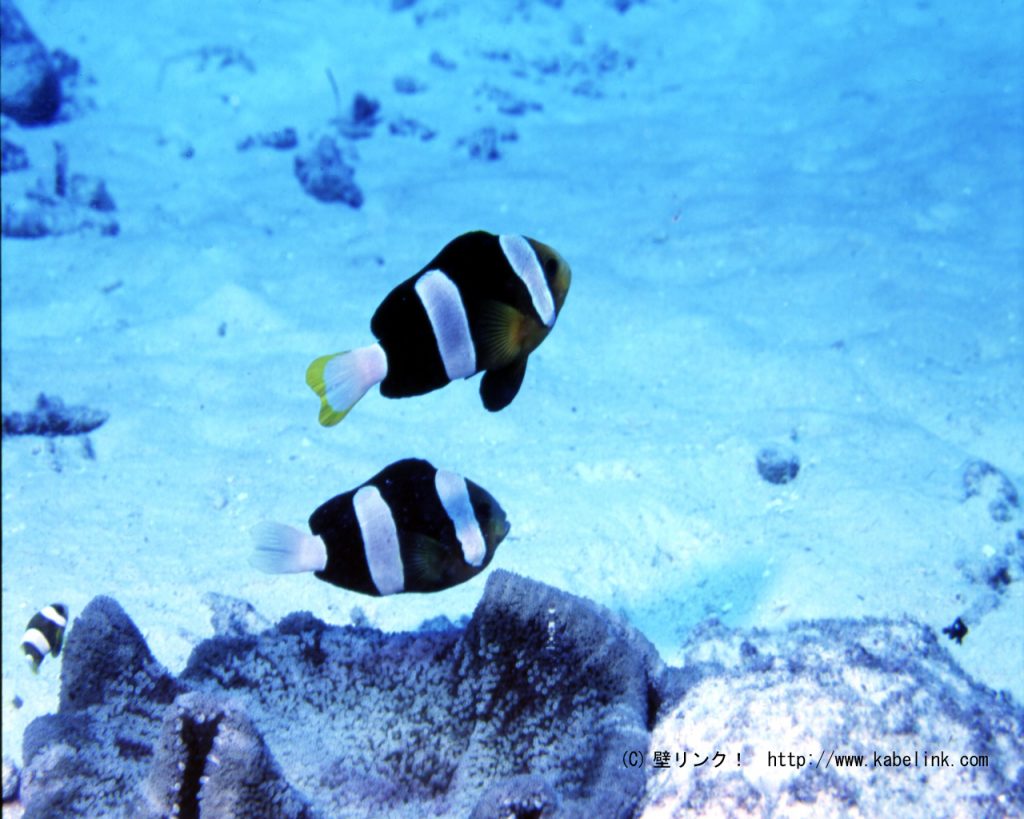 A melanistic pair of Yellowtip Anemonefish, from Saipan. Credit: kabelink

Among the hyperdiverse clarkii group, this region’s representative is quite easily recognized. In general, it strongly resembles the population found in the Indo-Philippines, as well as that from the Caroline Islands and Palau. This should come as no great surprise, as these two areas are quite closely situated and undoubtedly helped to seed these reefs at some point in the not-so-distant past. In all of these regions, non-melanistic individuals have the body colored a dull orange-brown, which grades into a much darker brown along the back. The dorsal fin is typically darkened throughout, while the pelvic and anal fins vary somewhat across and within regions. The white stripes are usually rather well-formed, and melanistic specimens are blackened throughout. 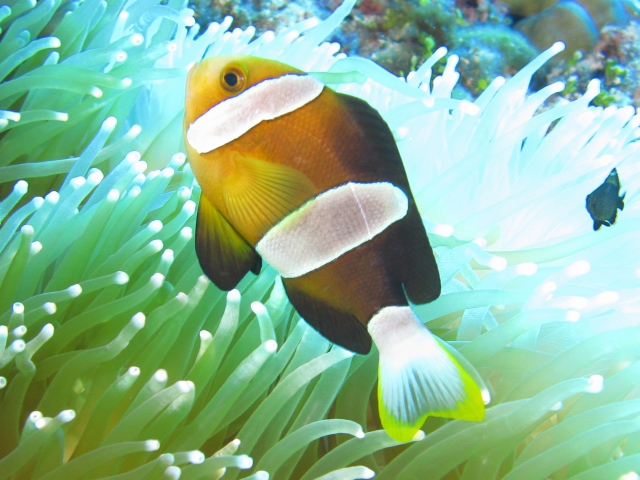 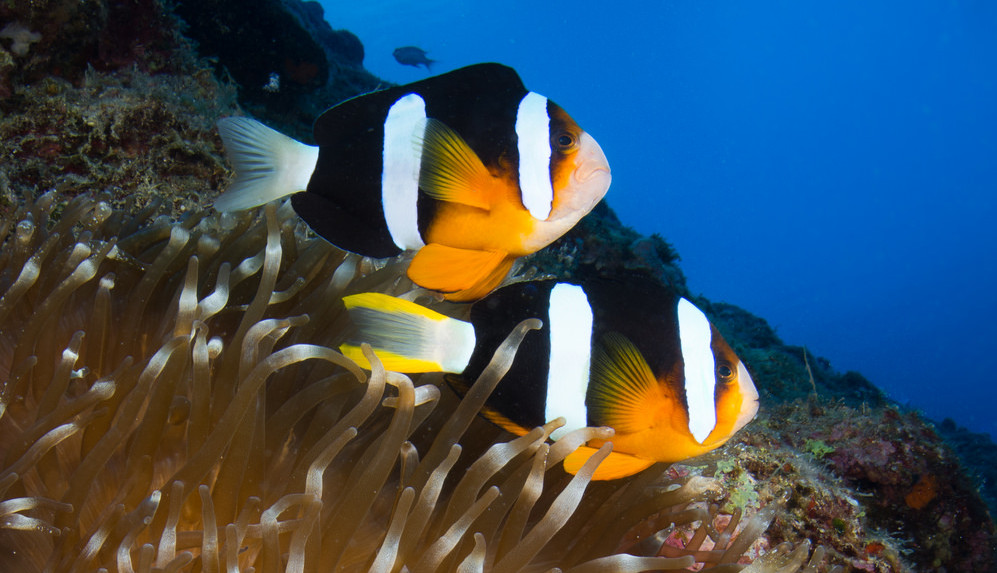 A. cf clarkii from Okinawa, near the northern limits of the Indo-Philippines phenotype. Note how the yellow caudal fin margins of the male are thick and even compared to those from the Mariana Islands. Credit: Russell Gilbert

The unique caudal fin pattern is the most striking and easily observable trait in this fish, but, in order to appreciate this difference, a male specimen is required. Males in the Indo-Philippines have the yellow of their caudal fin limited to the upper and lower margins, which fade away as they mature into females. And those from Palau and the Caroline Islands lack yellow margins entirely, with both sexes having either white or cream-colored tails.

A. cf clarkii, from Palau (left) and Truk (right). This region has a somewhat variable phenotype with regards to the caudal fin coloration and stripe width, but never is there any sexual color difference and the ventral fins are always brightly colored. Credit: Chariko & Larry L. Jackson

Regarding the ventral fins, those from Palau and the Caroline Islands have these undarkened, always appearing brightly colored, while those from the Indo-Philippines are quite variable, though usually with at least the pelvic fins maintaining the vibrant orange colors of the body. Of course, this only applies to non-melanistic individuals. 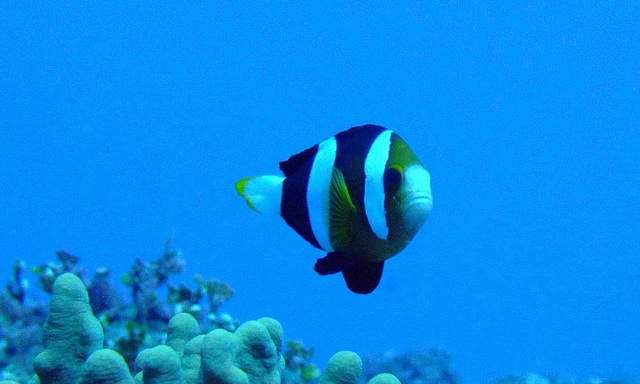 Thus far, this unique species has been confirmed at Guam, Saipan, Tinian and Pagan, and it could be expected to occur throughout the remainder of the Mariana Islands. Further north along this island arc, at the Ogasawara Islands, it gets replaced by the melanistic Amphiprion snyderi, while reefs to the south (Yap, Chuuk and Pohnpei) have their own distinct flavor of anemonefish, sporting bright ventral fins and an unpatterned caudal fin. Clearly, the Yellowtip Anemonefish is quite restricted in its distribution. 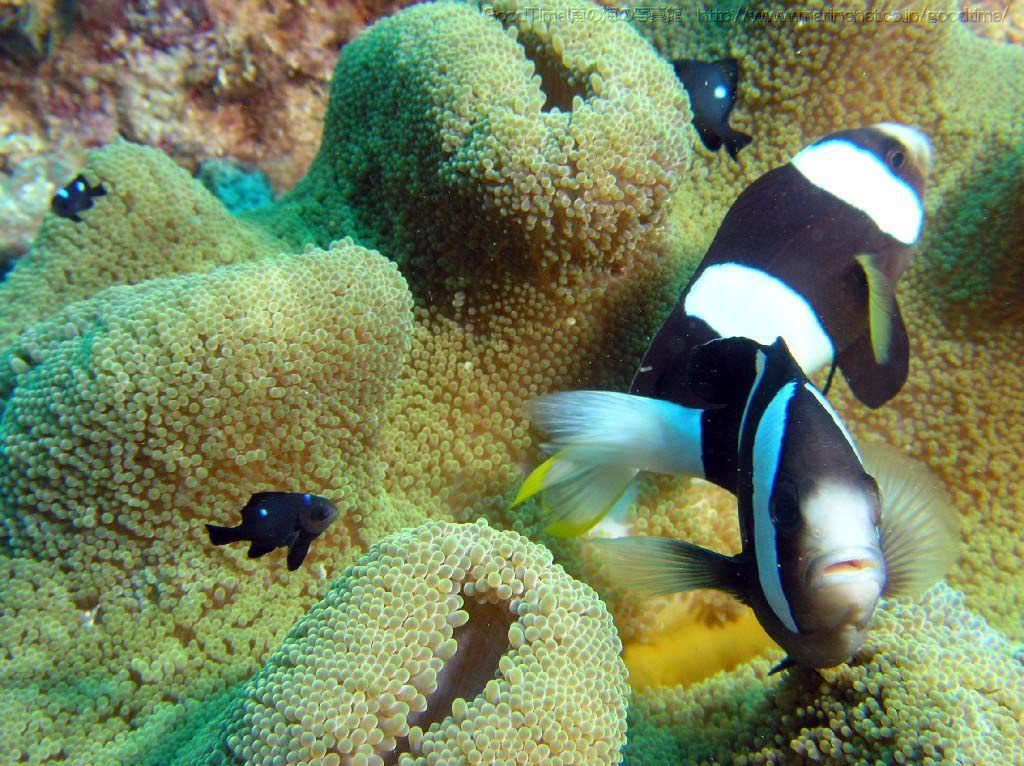 A melanistic pair of Yellowtip Anemonefishes from Guam. Credit: Goodtime

Currently, this species is unavailable in the aquarium trade, as collection from Guam is no longer a regular occurrence. Captive breeding would no doubt help to make it more widely available, though, in all likelihood, there wouldn’t be enough demand to make this fish a profitable venture. Unlike some of the other members of the clarkii group which I have previously highlighted, the unique Mariana population is not terribly exciting in its appearance and is probably only of interest to the tiny fraction of aquarists who collect rare anemonefishes. Still, this is a fascinating species to the student of evolutionary biology, one which further confirms the importance of the Mariana Arc as a significant hotspot for speciation. Given the great similarity the Yellowtip Anemonefish has with respect to its neighbors, it’s not surprising that this fish has slipped past generations of Amphiprion researchers, having never once been given a scientific name. Hopefully this oversight will someday be corrected.