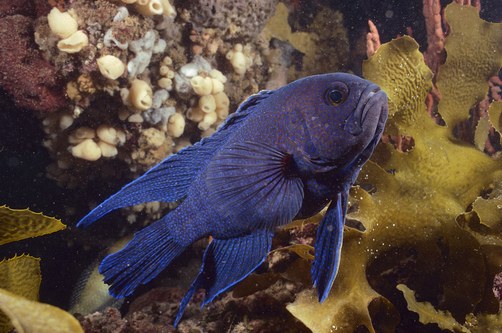 In the paper ‘An extreme climatic event alters marine ecosystem structure in a global biodiversity hotspot’ published in the journal Nature Climate Change, an international collaboration led by researchers from UWA’s Oceans Institute and School of Plant Biology compared the impacts of the heat wave on biodiversity in two Indian Ocean locations – Jurien Bay and Hamelin Bay, 500km further south.

The coastal margins along Australia’s western coast, including Jurien Bay, form a biodiversity hotspot and transition zone between tropical and temperate ecosystems.

In the summer of 2010/11, the region experienced the highest seawater temperatures in at least 140 years when – for more than two months – temperatures peaked up to five degrees higher than normal.  The event was driven by unusually strong La Niňa conditions that increased the flow of the region’s main Leeuwin ocean current and moved tropical warm water southwards.

The ratio of tropical fish to other species after the heat wave increased from 5-10 per cent to up to about 20 per cent but there was no evidence of a decline in temperate fish species despite nearby deaths of fish and abalone during peak warming.

This persistence of colder water fish to remain while warmer-water species moved in has also been seen for marine species in Europe.

There was however a shift in the benthic community structure at Jurien Bay attributed to the reduced cover of habitat-forming seaweeds.  This increased the amount of space and light to allow the proliferation of turf-forming algae and, as a consequence, a loss in encrusted coralline algae and sponges.

In contrast, communities in the cooler region of Hamelin Bay did not exhibit a response to the heat wave.

Previous research has shown that marine communities in California have an ability to recover rapidly from a heat wave, while the Mediterranean has shown variable signs of recovery since a 2003 heat wave.

The question remains how Jurien Bay’s marine organisms will respond in the long term.

[via The University of Western Australia]