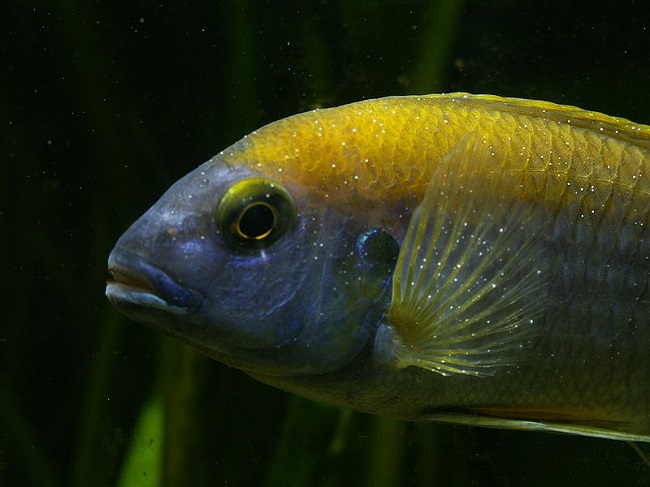 Ich, or white-spot disease, is a condition caused by infestation of the ciliated protozoan Ichthyophthirius multifiliis. Ich is well known—and feared—by those who care for freshwater fishes. The disease is easily transmitted and is capable of wiping out many or all of affected stock. It is causes significant losses (an estimated $50 million USD annually) in the ornamental fish, bait fish and food fish industries. Current methods of treatment (e.g., formalin and copper sulfate) cause additional stress to diseased fish. To make matters, these treatments do nothing to prevent secondary infections that commonly occur after exposure to the parasite. And, even after a successful treatment, the surviving fish remain susceptible to re-infestation.

Dehai Xu, Ph.D. and his colleagues at the USDA Agricultural Research Service in Auburn, Alabama have been working on an alternative treatment for ich that could save fish farms, suppliers, retailers and hobbyists many millions of dollars. Their research centers on the development of a special vaccine for the disease. One promising study has shown that a particular vaccine made from ich theronts and trophonts (two different, distinct life stage forms of the organism) killed with high-frequency sound waves results in a very strong immune response; catfish used in the study produced ich-specific protective antibodies.

Xu admits that the real challenge lies in finding a way to make it easy to administer. Even if the vaccine is shown to appreciably reduce fish loss, its presumably high cost could make any bulk use commercially prohibitive. Researchers are consequently exploring means by which the vaccine could be administered to high densities of fish in a bath, ingested with food, etc.