Virginia Key White Plague has run its course; spreads to other areas.

Three weeks ago, a manuscript was published in Nature’s Scientific Reports detailing a catastrophic outbreak of White Plague Type II, where populations of susceptible stony coral species had been reduced to 25% of their original populations in the study area. I blogged about it here at Reefs.com in order to provide some background.

Last week, lead author of the outbreak study, and renowned coral researcher, William Precht provided an update to interested parties regarding the status of the outbreak. The disease has apparently run its course in the initial study area, which was confined to the span of reef tract running from Pillars and North Miami Beach in the north to Ledbury Reef in the south. Miami-Dade County incidence of White Plague Type II is now down to <5%. 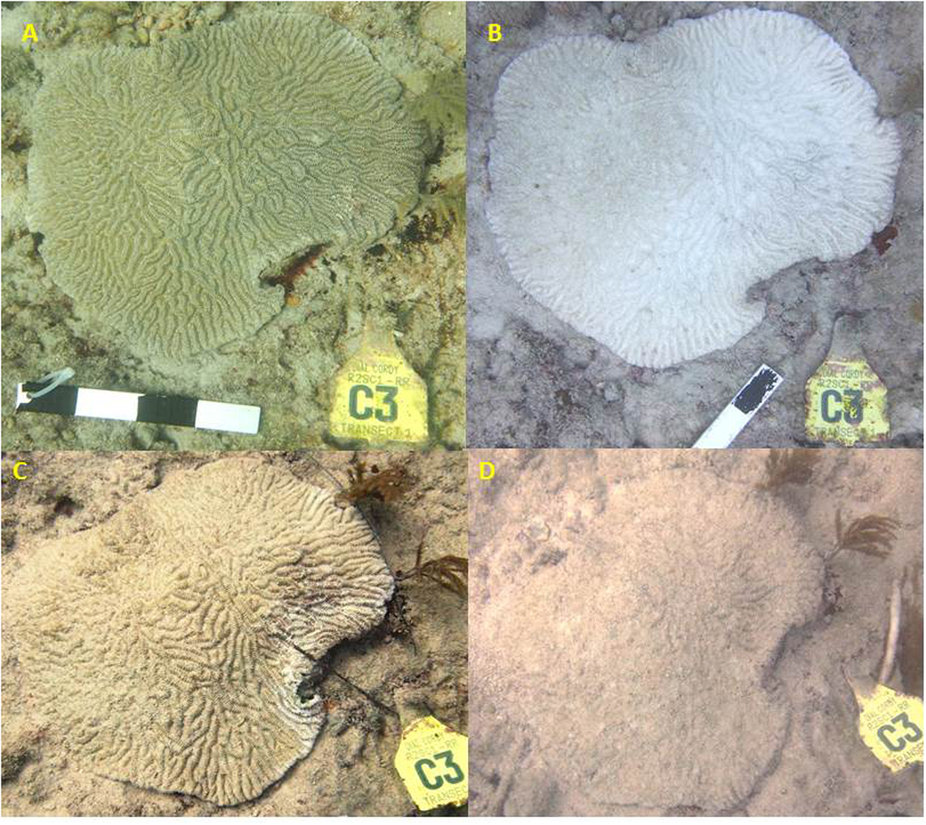 While this is a first positive sign, recovery times are completely unknown at this point. Actually, it is not known whether any strong recovery will occur at all. To make matters more distressing, sites both to the north and to the south of the initial Virginia Key study area are now reporting sightings of the disease. White Plague Type II is now active in Palm Beach, Broward, and Martin counties to the north. The reach to the south has now breached the bounds of the Florida Keys National Marine Sanctuary off of Key Largo, and has crept as far down the reef tract as Islamorada. Observation and detailed work is currently underway to continue monitoring progress of this outbreak. I will continue to blog as new information becomes available.