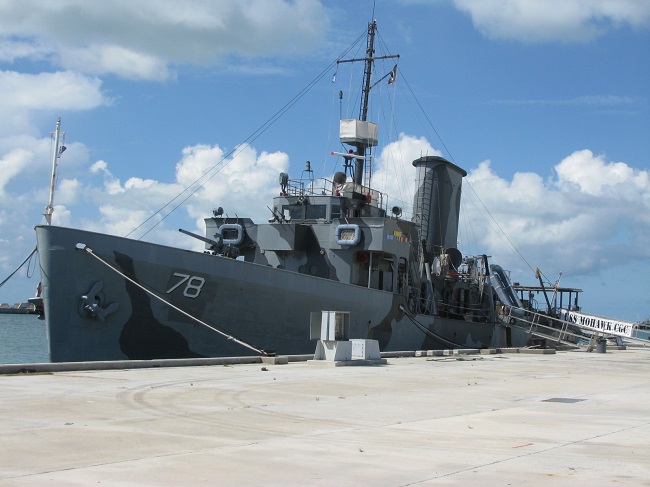 The USCGC Mohawk WPG-78 was launched in 1934. The 165-foot vessel saw a considerable amount of service, including World War II combat operations in the North Atlantic. In more recent days it had been docked in Fort Meyers Beach, Florida. On July 2, 2012, after being donated to the Lee County Department of Natural Resources, it was retired to its final resting place some 90 feet below the surface of the Gulf of Mexico. Six carefully placed charges sunk the ship in such a way that it rests in an upright position. The USS Mohawk CGC Veterans Memorial Reef now stands as the first artificial reef to be a dedicated memorial to United States veterans.

A website for the Mohawk Memorial Reef was launched by Lee County on May, 3, 2013. One interesting feature of the new site is a detailed photo tour of the artificial reef structure. Produced by Florida-based Trident Global Imaging (TGI), the interactive tour consists of over 900 images of the wreck, including 16 full 360° panoramas. Updated photography will document the transformation of the reef as it colonized by an increasingly diverse community of marine life.

To take a tour of vessel—and view some of the creatures that now call it home—please visit: http://ussmohawkreef.com/virtual-dive.