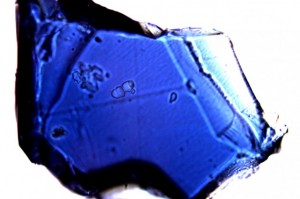 Always keeping us out of a deep sea of inside jokes, earth strikes again with a giant secret ocean towards its core. This study is a bit dated, but it’s still pretty noteworthy in my opinion. Geophysicist Steve Jacobsen of Northwestern University and seismologist Brandon Schmandt from the University of New Mexico have unearthed evidence that somewhere around 400 miles below us lurks a massive body of water – but not quite the water that we know and love. Pressure and boiling temperatures cause the water to split into a hydroxal radical and join forces with minerals on a molecular level. In short, you don’t want to swim in this ocean. Another astounding hypothesis is that this “ocean” is larger than any other body of water on the planet – I’m talking three times the size of all of our oceans combined! Doubtful there’s any actual life within this deep deep sea given the conditions (though I wouldn’t write it off completely), so I can breathe a bit easier not having to imagine up what kind of cephalopods would be flopping around below us, but the whole study is pretty damn cool. Who am I kidding? I’m still going to imagine them up anyway. Further information published in Science Magazine and a press release is featured in Science Daily.