Well That Answers my Question 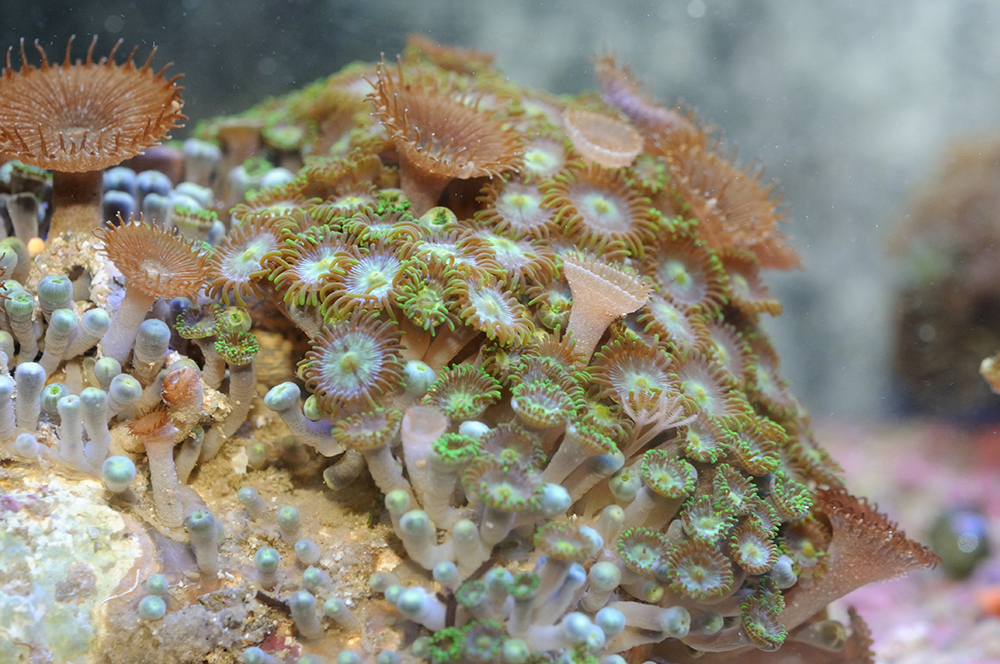 I’ve often wondered just how many people have ever become ill from exposure to palytoxins. We’ve all read the warnings of course, but how few of us have ever taken it seriously? Well, a UK family appears to have had a near miss.

Numerous UK websites and news outlets are sharing the story of a family who was taken ill after cleaning their fish tank. Here’s the story as reported on the BBC News website:

“A woman said she thought she was going to die after she was poisoned while cleaning out her fish tank.
Katie Stevenson, 34, and her husband Mark were scrubbing coral in the tank at their home in Newport, Telford, when they began to feel ill.
Mrs Stevenson began “shivering, shaking and hallucinating” after the coral released deadly toxic fumes.
The couple and their three daughters had to be put in isolation and their home was sealed off for two days.
Mrs Stevenson was cleaning coral from an ornamental bridge on 30 July after the family’s fish had died while they were on holiday.
“When you scrub it, because it’s alive, it lets off toxins,” she said.
After 10 minutes, the couple began coughing and within an hour Mrs Stevenson “started getting really bad shivers”.
Paramedics were called and the family had to be put in isolation for 48 hours while their house was sealed off and deep cleaned.
Mrs Stevenson later learned she had been poisoned by palytoxin – a potentially lethal chemical released by coral when stressed.
“My kids could have died. We could have died. I’ve not slept properly since,” she said.
“Nobody seems to know how dangerous coral can be and we only found out the hard way.”
She criticised the lack of information she received when she bought the coral – admitting she was not told, and did not know, it was a living organism.
The family is now back at home but Mrs Stevenson is still unable to eat due to an inflamed stomach.
“It nearly killed us,” she said. “I don’t want people to go through what we went through.”

Obviously my sympathies go out to them and they have perhaps narrowly missed much more severe and permanent endings, but any competent aquarist must read this and think how the family were clearly lacking in the most basic information about the creatures in their care. The fact that their fish died while they were away is likely a ‘red flag’ to indicate the family’s lack of understanding. I say this of course as someone who has made mistakes myself, as we all have in our novice days, but what does it tell us about the state of the aquarium industry?

The fact that they didn’t know the coral was ‘a living organism’ and the statement that ‘nobody seems to know how dangerous coral can be’ indicates to me that these unfortunate folk were yet again, people who bought animals they didn’t understand and couldn’t care for.

So, who is to blame here? Was it the fish store? Well, possibly yes. I’ve had plenty of experiences where the staff in a fish store had no real knowledge about the animals they were selling from a selection of dying stock. Obviously, some stores are great, but folk new to the hobby have no way of knowing which are which.
Should the family have taken more responsibility? Again, possibly yes, they purchased and took into their home organisms they clearly didn’t understand, and it’s is not as if there is a lack of information about coral care available.

Personally, and this is just my perception, the culprit here is the section of the aquarium industry that sees complex creatures as effectively disposable. A situation that I have witnessed time after time, in the UK anyway. Sadly, stores that hold animals from tube worms to tangs just long enough to sell – before they invariably die – to ill-informed customers who frankly deserve better and arguably ought to take more responsibility themselves.

This is a tragedy that was fortunately averted but was entirely unnecessary.