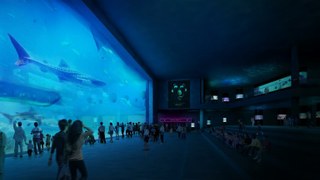 Unfortunately, things did not go according to plan when a 16 foot (4.9 meter) whale shark suddenly stopped feeding and died on August 19, 2012.

Aqua Planet states: ““We admit a lack of proper preparations [for sustaining whale sharks in captivity] and we regret causing concern among the people.”  Under public pressure, aquarium officials have now decided to release the second whale shark back to the sea. Aquarium officials claim both CITES-protected whale sharks were unintentionally captured by fishermen nets.