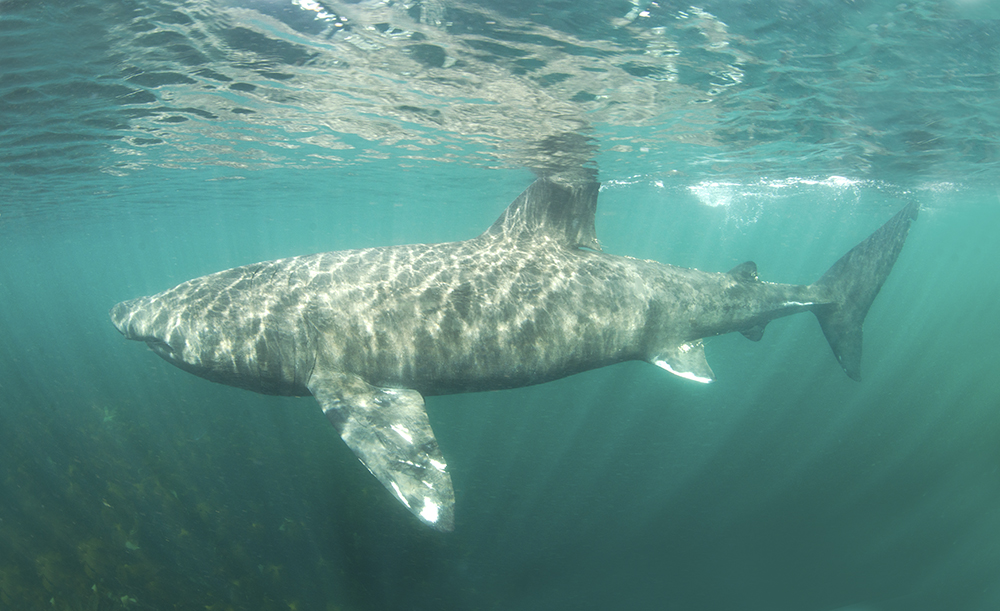 I’ve long wanted to swim with a Whale Shark, but sadly, they keep eluding me. To cope, I’m reminiscing about my encounters with the second biggest fish in the sea, the Basking Shark.

Every year, just as summer starts, the UK newspaper industry starts churning out scare stories about sharks spotted in UK waters and how they’re going to eat you, your children, or your dog… or some such nonsense.  They even feature images of these gentle giants, planktivorous Basking Sharks, next to the ‘killer shark’ headline.  I can guarantee that these docile creatures won’t hurt anyone, but they do start to gather in UK waters as the plankton blooms as the water warms, so at least that bit is correct.

I met these two fish, both around six meters long, off the west coast of Scotland.  They had travelled up from the Atlantic past Iberia and into the Irish Sea, where the rich waters would provide a wealth of plankton. 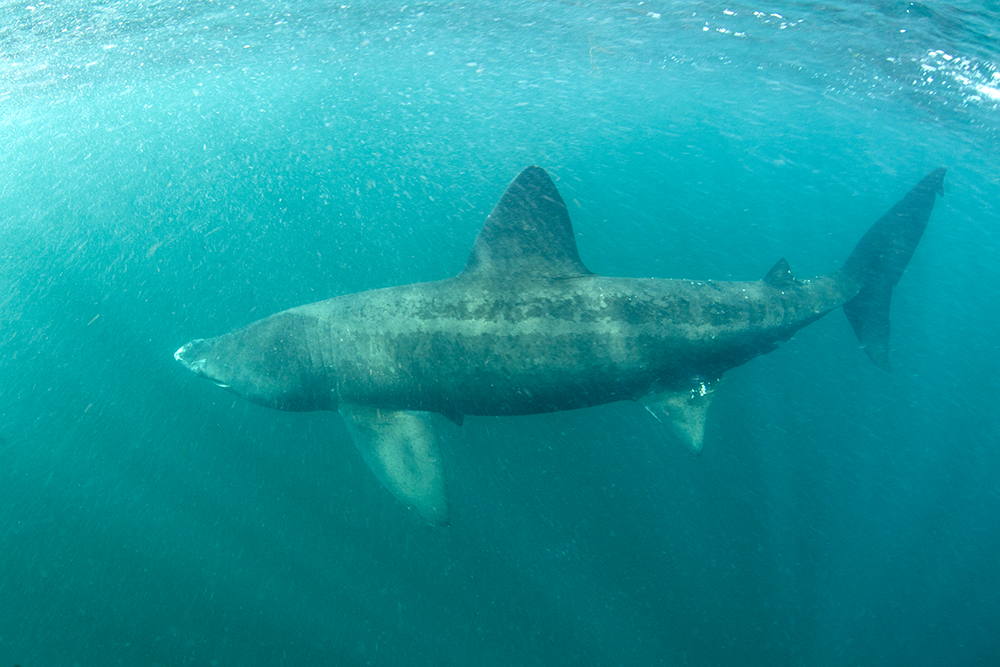 As you can see from the slight murkiness of the water, the plankton was blooming, to the extent that a shark can seem to appear out of nowhere, and even though you know they are peaceful, their sheer size can be intimidating.

When feeding, they spend their time just cruising below the surface, making them easy to spot by boat if the sea is calm – not always guaranteed in Scotland – as their huge dorsal fin breaks the surface. Getting close to them relies upon snorkelling and positioning yourself just ahead of where you expect they will be.  It’s an inexact science, but when one passes you, mouth agape, it’s worth the many hours it can take to get that perfect experience. 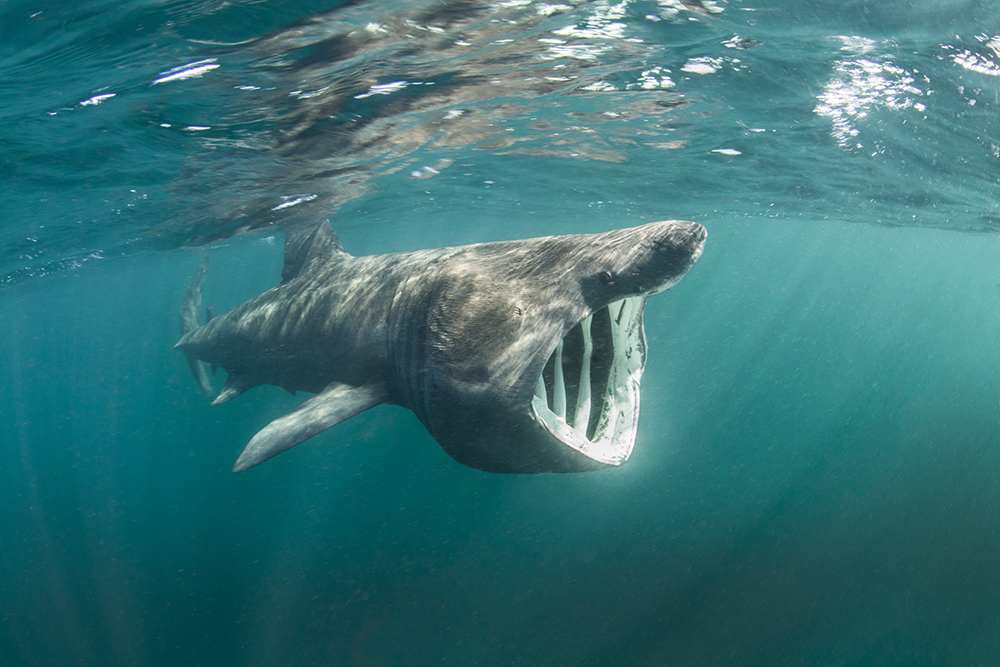 Basking Sharks are now protected but in the past, they were heavily exploited for their large and oily livers.  They are still at risk of being killed by boat strike and as bycatch in commercial fishing.  Much is still to be learned about their reproduction and how far they travel.