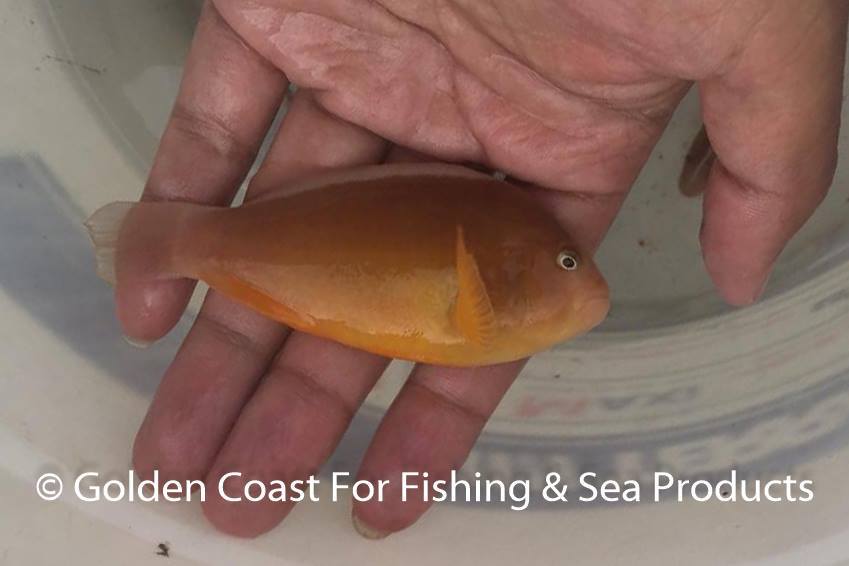 The concept of a “species” is fundamental to our understanding of the world around us, but it’s a surprisingly indefinable quality when applied to the myriad life on our planet—the zoological equivalent of quantum mechanics. The closer one looks at a given organism, the more likely one is to find nuance and variety that escapes simple classification. Take, for instance, the Skunk Anemonefish…

Amphiprion akallopisos, as it has been traditionally understood, exists in the Western Indian Ocean (WIO) along the African coastline and in the Eastern Indian Ocean (EIO), in places like the Andaman Sea and the reefs surrounding Java. This, however, is nonsense. While these two populations are seemingly identical in their morphology and coloration, they are, genetically speaking, miles apart… every bit as distinct as from one another as an Ocellaris Clownfish is from a Percula. Given the large geographic separation involved, this should really come as little surprise.

But what about on a finer scale? What would happen if we sampled these fishes along a gradient throughout their distribution? Is there a deeper layer of biodiversity hiding beneath this conserved physical appearance, and, if so, does it reflect in any meaningful way the evolutionary origins of these fishes? That is the question which a newly published study in the journal PLoS ONE has sought to address. By using both mitochondrial and nuclear genetic markers, as well as sampling from twenty-one different localities across nearly the full range of A. akallopisos, we now have a fuller appreciation for how these populations interact with one another and how this corresponds with the world they live in.

As had already been known, the Skunk Anemonefish of the EIO is the true A. akallopisos (having been originally described from Sumatra), while those nearer Africa are a different beast entirely. Earlier studies have pegged this divergence at between 1-2 million years ago, and, owing to the greater genetic diversity found in the eastern population, it is inferred that the WIO is the more recently colonized. 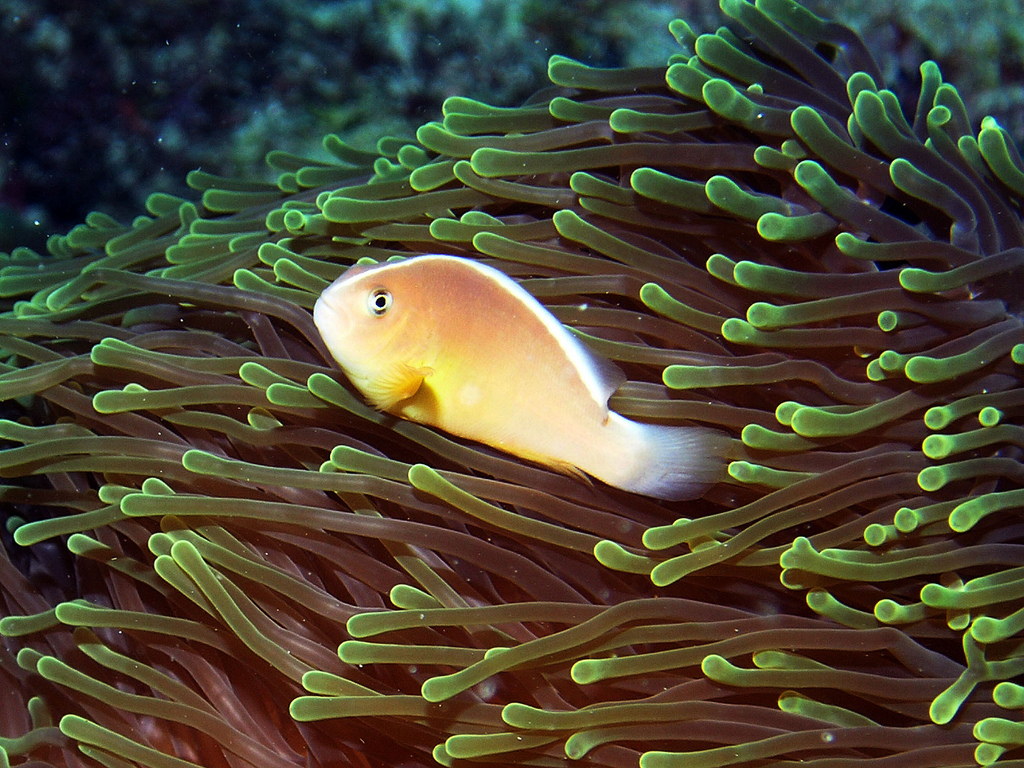 And it is here among these faux-akallopisos that an unexpected surprise was encountered hiding in the DNA. For the most part, those occurring along the African shoreline and Western Madagascar are a homogenous lot, with no strong signal of speciation. If we examine the ocean currents in this corner of the globe, we see that they flow east to west, and we find evidence for the effect this has in the genetics of the resident anemonefish. Gene flow is apparently unidirectional, coming from Madagascar and traveling to Africa. Put another way, the larvae from Madagascar sometimes drift on over to Kenya or Mozambique, but the reverse is a far rarer occurrence. To do so, these pelagic larvae would have to fight against the prevailing currents, something for which they are ill-equipped to do.

But there was one interesting outlier in the data. Specimens collected from the little-known reefs of Northeastern Madagascar are noticeably disconnected from their peers. The difference is roughly half of that seen between the starker divide separating the WIO and EIO populations, but, importantly, it is still significantly greater than the difference between, say, a Skunk Anemonefish in Kenya and Mozambique. Due to the local hydrology—specifically, the forking of the Northeast Madagascar Current—the population in and around Île Sainte-Marie is likely stuck in place, unable to receive new recruits from the outside and unable to send their larvae further afield. This is the magic from which new species are born.

From the looks of it, this fish is no different externally than any of the others in the WIO (or, for that matter, the EIO). Instead, it’s uniqueness lies hidden deep within its genetic heritage and in its severe geographic and oceanographic isolation. Which gets back to the point I started this discussion on. What does it mean to be a “species”, and how do we apply this to a creature like the Saint-Marie Anemonefish? Depending on one’s point of view, you could consider this to be part of a single widespread species in the WIO, or, alternatively, as one of the rarest Amphiprion we know of. Both arguments have some merit.

This might seem an esoteric point, but it does have important ramifications when it comes to conservation. It’s not hard to imagine a single bleaching event wiping out the entire anemone fauna in this region, which would likely have the effect of eliminating this anemonefish (along with the sympatric White-margin Anemonefish) from existence… and, yes, this has happened elsewhere in recent memory!

With the planet on a trajectory for warmer oceans, such a scenario isn’t so much theoretical as inevitable. Captive breeding could help to preserve these unique genetic lineages, but who will expend the time, money, and effort necessary to protect a fish that we are only just now beginning to notice. Ultimately, do any of us care about the Saint-Marie Anemonefish?