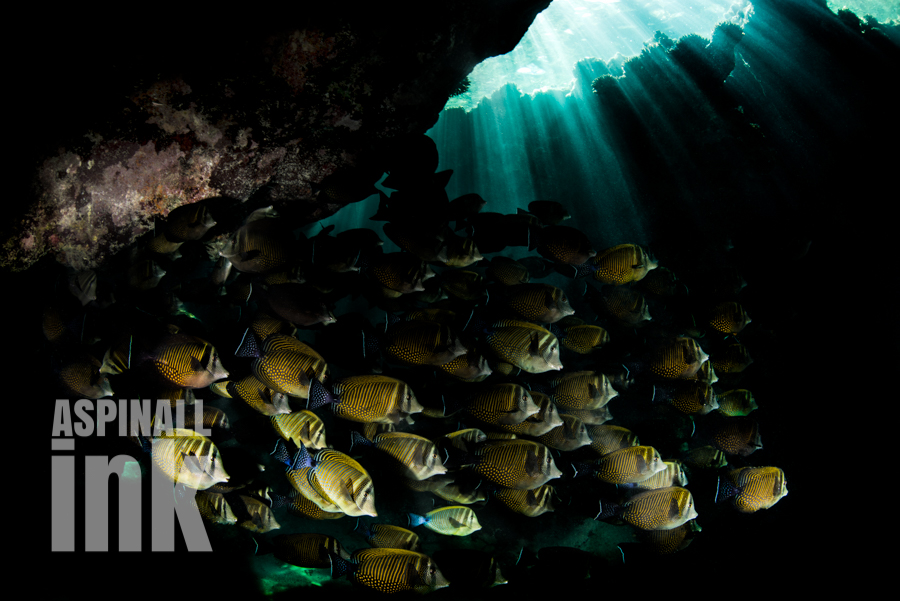 This is my second post about Zebrasoma desjardinii, a fish that is quite a stunner in captivity, but is even more impressive in the wild, where it can demonstrate its natural behavior; in this case, coming together into a large shoal.

I spotted this shoal while exploring a series of channels in a shallow reef system.  Not a fish that tends to spend much time in enclosed environments, I think this shoal had accidentally found its way into the network of cracks and fissures and was eager to be back on the open reef. 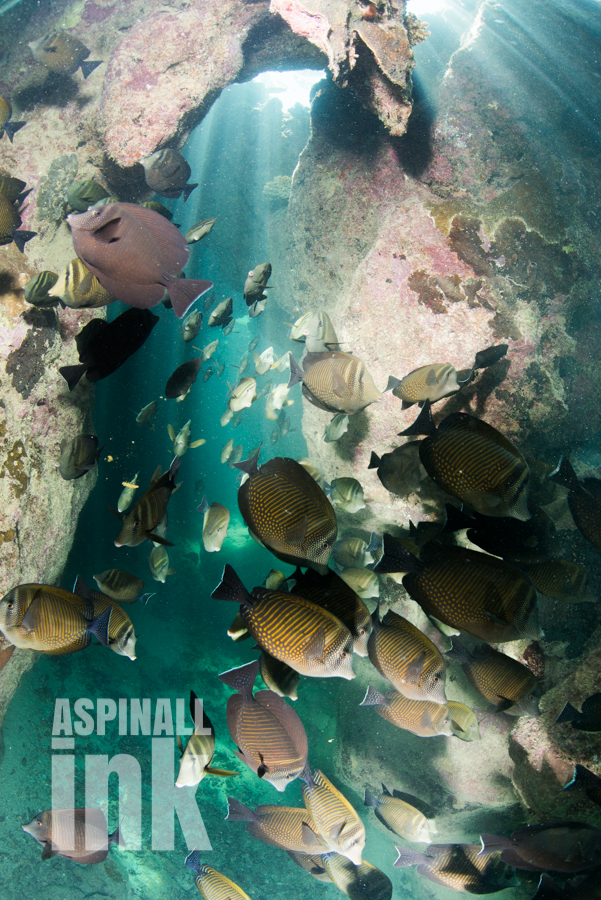 Normally the fish, whether shoaling or not, stay clear of divers, but these fish just sped past me, intent on getting back into the light, a state of affairs I was happy to exploit as I fired of a series of shots. 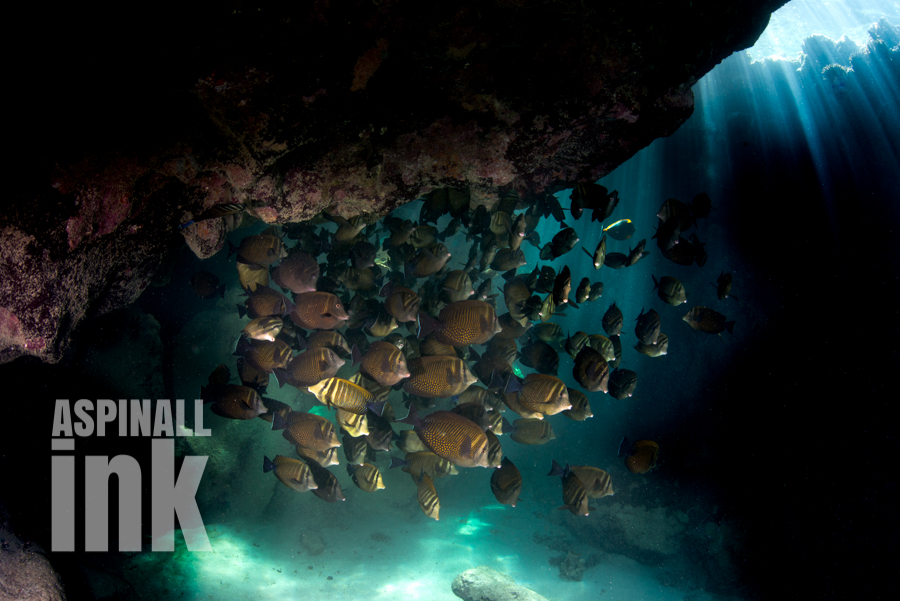 Sadly, the weather had been very poor and there were a lot of particulates in the water, so the images aren’t as clean as I would have preferred, but that’s just the way of things.