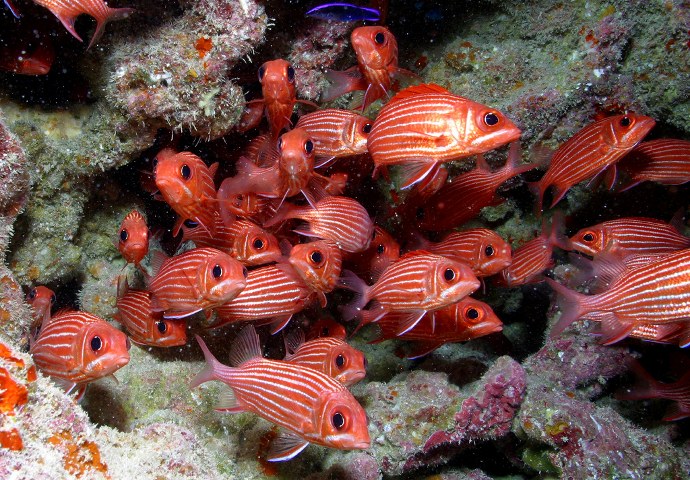 
Up until this point, researchers had not evaluated if this supposition was indeed true. Scientists Ioannou, Guttal, and Couzin, decided to test the reason using aquarium experiments with bluegill sunfish in this week’s issue of Science in their paper “Predatory Fish Select for Coordinated Collective Motion in Virtual Prey.”

Ioannou’s group found there was a happy medium when it came to schooling. Too far apart and individuals became easy prey and were just picked off one-by-one. Too close together and the speed of the swimming school significantly dropped to the point that a predator could pick off an individual from the group without too much difficulty.  The researchers found there was a “sweet spot” for packing within a school which minimized predatory attack. At the optimum schooling direction, packing, and speed, predators spent significantly longer times studying a group of fish before attacking.

Interestingly, natural selection optimizes this behavior as fish not following the optimum speed, packing density, or direction are targeted by predators and are weeded out. A fish does not even need to know a predator is out there so long as it is conforming.

Watch the video below to learn how the predatory fish attack mechanisms were studied: