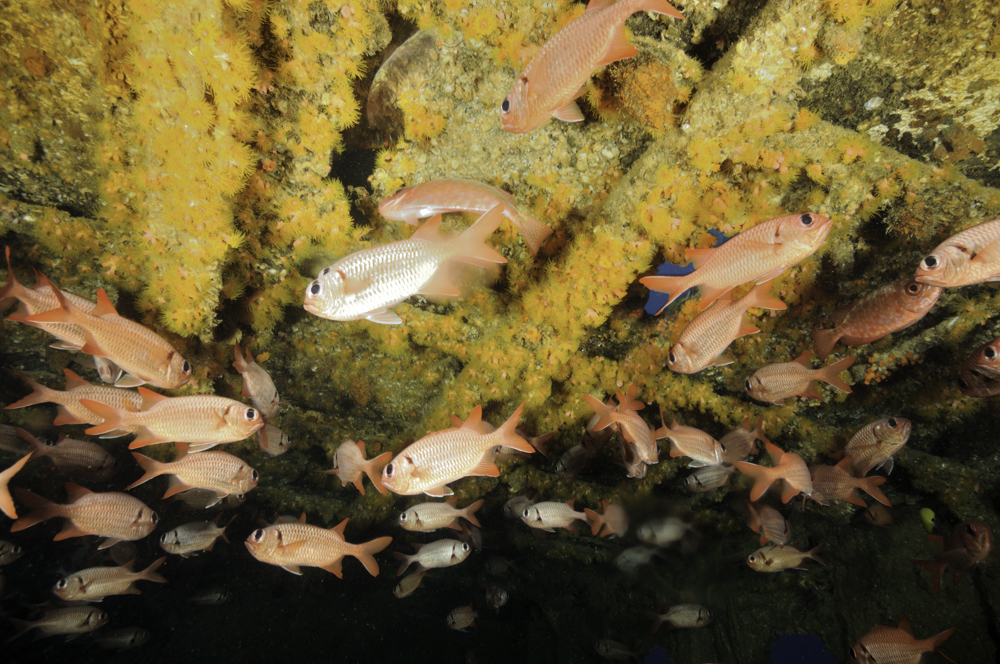 I’ve often shared images of shipwrecks and mentioned how interesting they are as artificial reefs. Well, here are some images of an amazing wreck that really prove my point. 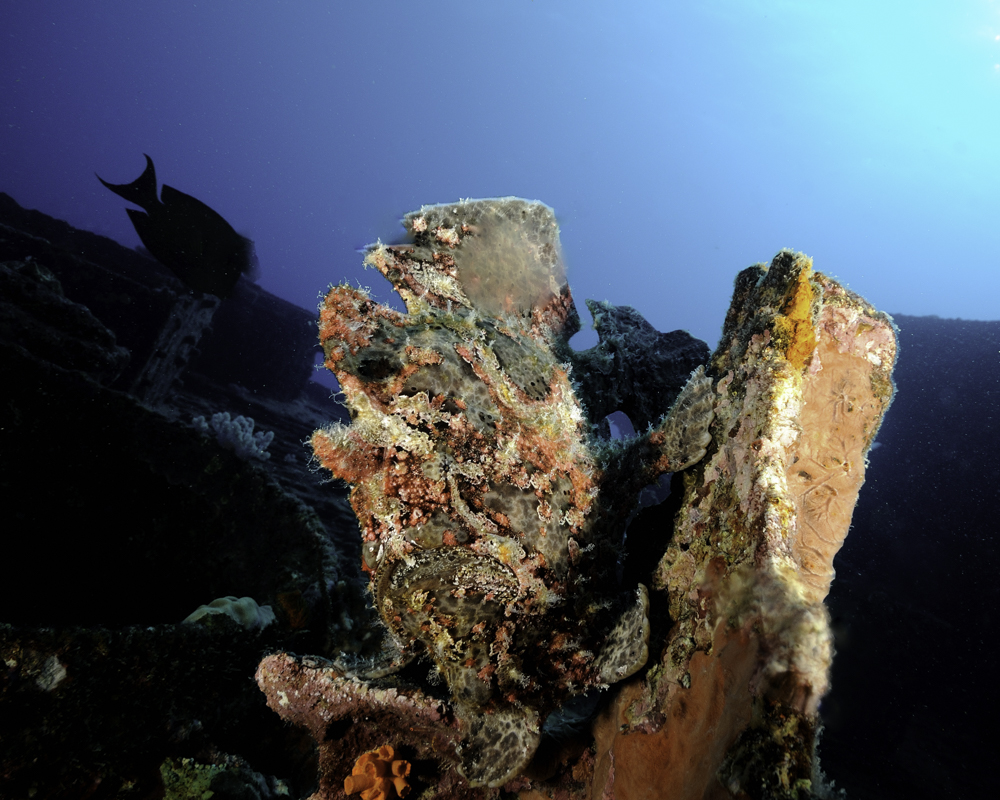 This chap took some time to find

This old tub, once known as the Stellar Maru, lies off the west coast of Mauritius. She was sunk on purpose in 1987 if I remember correctly, and sits amidst an expanse of sand with little of interest. As you can imagine, the fish have flocked to her and she’s become a popular dive site in the region. 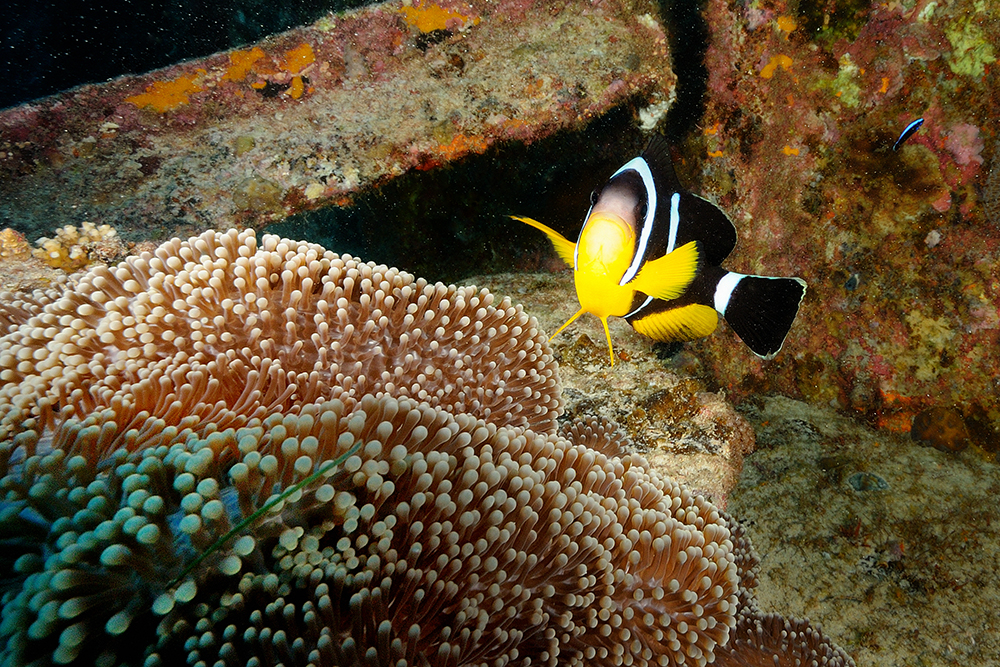 This old trawler, of formerly little note, has become several habitats in close proximity. On her deck she’s an exposed reef, with some coral cover and hundreds of shoaling fish, as well as one particular Frogfish that I spent quite a while shooting. Though, it took quite some time to find it, with that amazing camouflage. 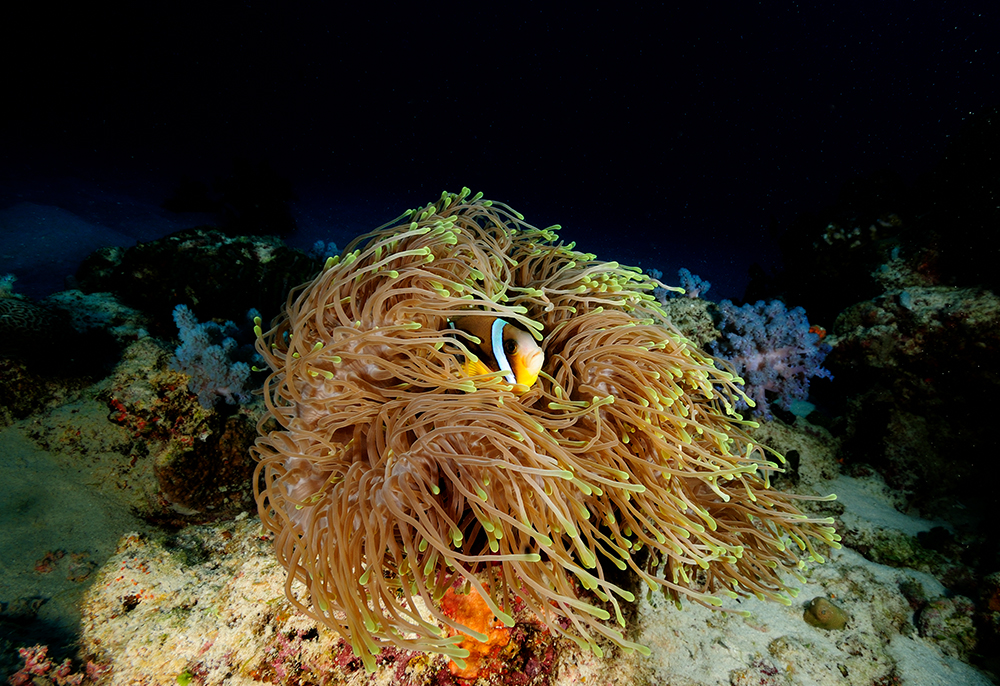 Inside one of the wreck’s holds, where a little more light could penetrate, sand had partly filled the cavity. Making their home in there were a pair of local clowns, Amphiprion chrysogaster. It seemed the shelter from the currents suited these fish well. 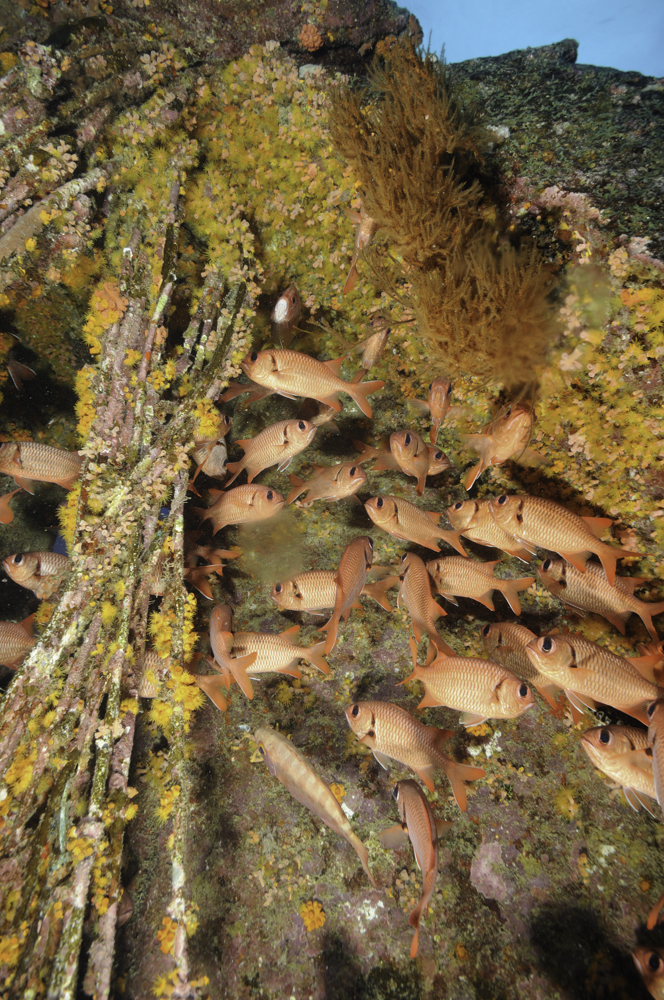 Venturing further into the wreck, it was very dark, save for the lights of my flash guns. It was, in effect a cave, complete with azooxanthellate species such as Tubastrea and shoals of nocturnal fish such as these Soldierfish, which I think are Myripristis murdjan. These fish will disperse at night and hunt for crustacean prey on the nearby reefs. 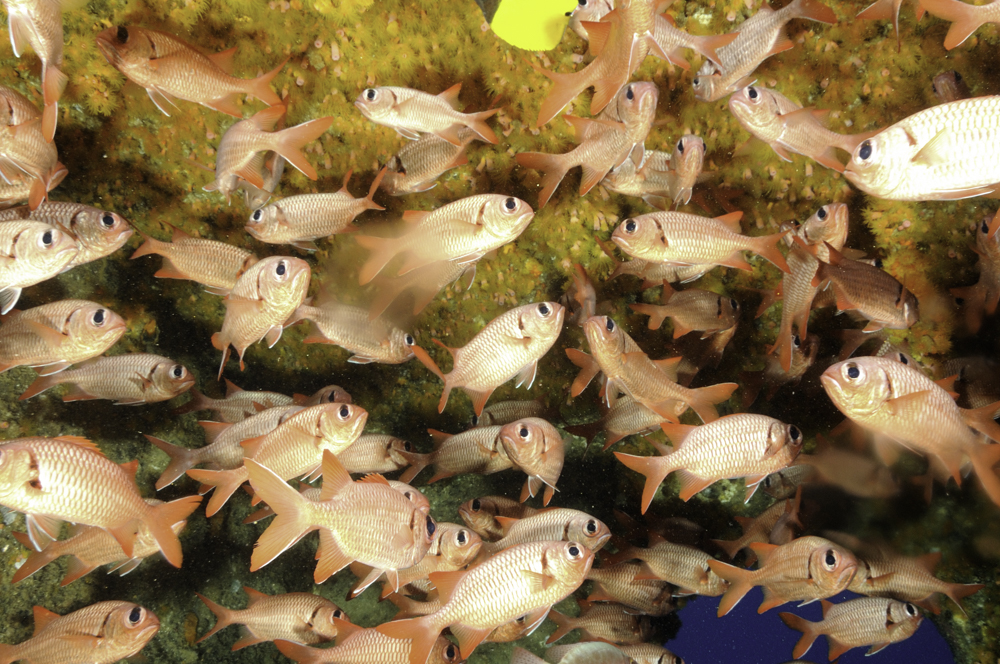