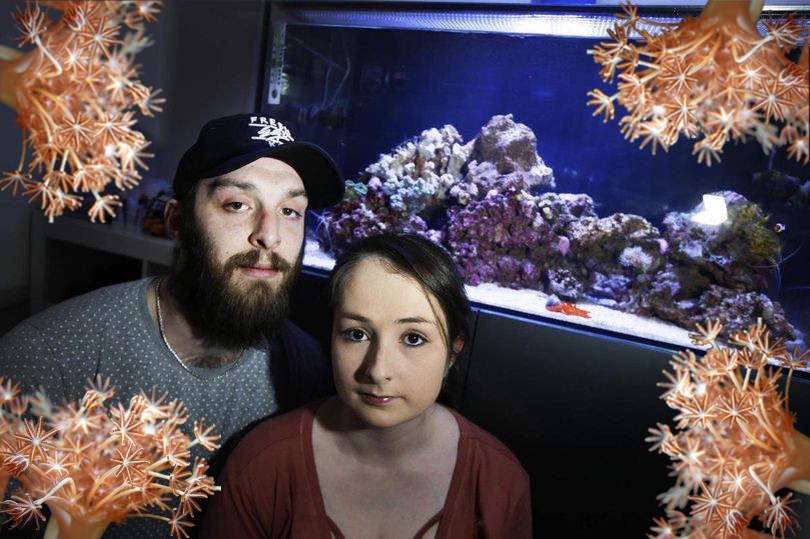 Q: What happens when you combine a misinformed aquarist and a few lazy journalists?
A: Poorly researched articles claiming that Xenia contains palytoxin.

In late March, British aquarist Chris Matthews attempted to remove an overgrowth of Xenia from his live rock, apparently by manually scrubbing the coral with a brush outside of his aquarium. When he awoke the next day, his entire family (even the dogs!) was seriously ill. In Chris’ words, “It was worse than flu, we couldn’t concentrate on anything. We couldn’t regulate our temperature, we were struggling to breathe and coughing. We woke up the next morning feeling groggy but initially put it down to flu. It was when we noticed our two dogs had similar symptoms that we knew something wasn’t right.”

Chris astutely recognized that he had likely exposed his household to palytoxin, but, unfortunately, he misattributed it to the Xenia he had so painstakingly scrubbed from existence rather than the true culprit. Somewhere in his live rock, there must have been a colony of Palythoa—the ONLY coral ever to have been shown to harbor this dangerous (potentially deadly) substance. Researchers even went so far as to name this toxin after the coral, just to drive the point across.

Unfortunately, news stories covering this have been blindly parroting Chris’ account without doing their own research. Now, Xenia does contain a wide variety of interesting chemicals, many of which have been investigated as potential biopharmaceuticals… but what it most definitely does not possess is even the teeniest, tiniest little bit of palytoxin. If it did, aquarists would be dropping like flies whenever they fragged it or cleaned it from their tanks.

Some of the news outlets that were duped by this included the New York Post, The Mirror, Fox News, and even Reefbuilders. So, just to get the record straight… there is NO palytoxin in Xenia! You are perfectly safe if you happen to have this pulsating monster overgrowing your reef tank. But, please, do be mindful of any Palythoa that might be growing nearby, as that one can cause you quite a bit of trouble. For a more detailed discussion on the topic, including some useful images of colonies which have tested positive for Palytoxin, check out my earlier articles here and here.