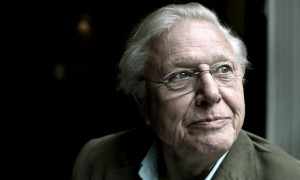 Nearly six decades after he originally filmed there, Sir David Attenborough is making a reappearance at the Great Barrier Reef to film a new BBC series set to debut late next year. This is great news for my Attenborough fix – bad news for my notoriously minimal patience level (just being honest here). To be released as three hour-long films, the series, aptly titled “David Attenborough’s Great Barrier Reef”, will explore the wonder that lies off the coast of Australia. State of the art satellite and macro lens technology will be utilized in exploring the 1,429-mile reef, hopefully giving us even the slightest peek into crevices not usually seen, where we can get a glimpse at some fascinating little creatures. And how does Sir Attenborough feel about the upcoming project?

People say to me, ‘what was the most magical thing you ever saw in your life?’, and I always say without a word of exaggeration ‘the first time I was lucky enough to scuba dive on the Great Barrier Reef. As I entered the water I remember suddenly seeing these amazing multi-coloured species living in communities – just astounding and unforgettable beauty. So I’m very excited to be returning to the reef with all the latest technology and science to see one of the most important places on the planet in a whole new way”.

I’d say he’s maybe as excited as I am about the whole thing. I’m really going to try to be patient as I’m sure this series will be nothing short of incredible, it’s a skill I really need to work on anyway. Not reef related but still definitely work a click – check out this article on Attenborough’s take on our unnerving global population growth and how it sets a bleak outlook for our fauna and flora along with ourselves. 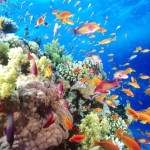