It’s ok to judge a fish by its tail 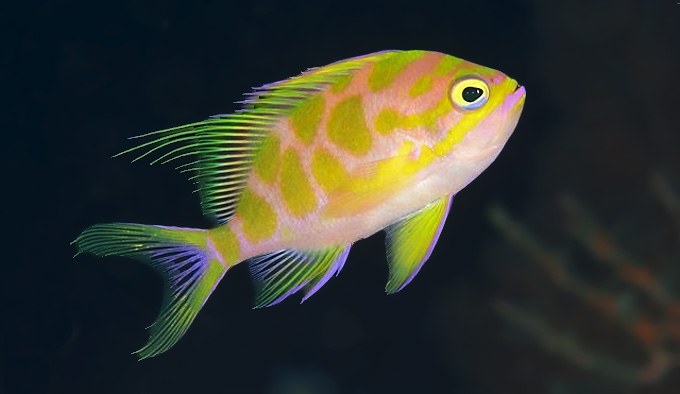 
James Cook University researchers discovered a “caudal fin aspect ratio” that turns out to be a good determinant of whether a fish is likely to live deep.  Fish with more forked tails are significantly more likely to exist in reef twilight zones than their rounded tail fin counterparts.  The reason is not known for sure, but it’s likely due to hydrodynamics; forked tails can slip through the water more quietly in high atmosphere deep waters than rounded, fan-shaped tails.

There are certainly several outliers that come immediately to our minds.  Liopropoma sp., Jeboehlkia sp., Gonioplectrus sp., and Lipogrammas sp. are a very deep-water reef fish that have rounded tails.  But it should also be noted that these fish are generally cave dwellers (and perhaps coincidentally, most are Atlantic), so stealth may be less critical for survival compared to pelagic deep-water fish.

From the ARC Centre of Excellence in Coral Reef Studies:

An international team of researchers has identified a way to predict which reef fish can live across a greater range of depths, increasing their chances of surviving natural disasters such as cyclones and coral bleaching.

Study lead author, Dr Tom Bridge from the ARC Centre of Excellence for Coral Reef Studies at James Cook University, says the research, published in the journal Proceedings of the Royal Society B, found that tail shape can help predict if a fish is likely to exist across a range of water depths.

“We found that the ‘caudal fin aspect ratio’, which measures the shape of the fishes tail, is the best predictor of which fish can live in a range of deep and shallow reefs.” Dr Bridge says.

“In other words, fishes with more forked tails are significantly more likely to be found in both shallow and deep habitats than species with more rounded tails.”

Dr Bridge says it’s not known exactly why this is the case, though it’s suspected that the forked tail allows fish to swim more ‘silently’.

“The capacity for ‘stealth swimming’ is particularly important in deeper habitats, where light irradiance and wave energy are low and species rely on sensing changes in water pressure to capture prey and avoid predators.”

Coral reefs are typically thought to occur in shallow, sun-lit waters, but new technology is revealing that reefs in the ocean’s ‘twilight zone’, 50-150 m deep, support diverse and unique communities

However conditions on these deep reefs can be challenging for coral reef fishes, with low light, high pressure, and low temperatures.

Study co-author Dr Osmar Luiz from Macquarie University says species that can survive in the twilight zone may be less susceptible to population declines and extinction.

“Identifying which species can occur over a broad depth range is important for understanding which fish are more vulnerable to local population declines and extinction, particularly from disturbances such as cyclones and coral bleaching events.”

The researchers say the next step is to understand exactly what it is about the forked tails that provides fishes such an advantage in deeper water.