Yet Another Nemo City 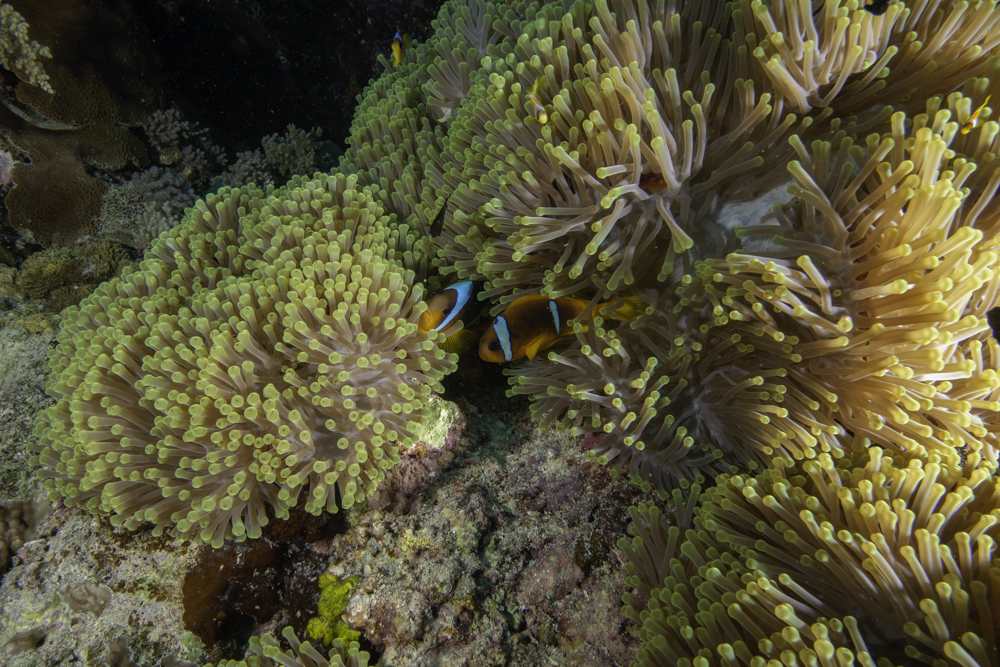 Nearly every dive resort I’ve been to has their own ‘Nemo City’.  It seems that the antics of a small cartoon fish are still very popular.  While folks in the know might grumble and mutter about the correct naming of Amphiprions, the everyday diver seems not to care one jot, about whether the fish, charmingly tucked into an anemone, is a bicinctus or a percula.  Such is the case here, with a massive group of anemones that attracts dozens of divers a day. 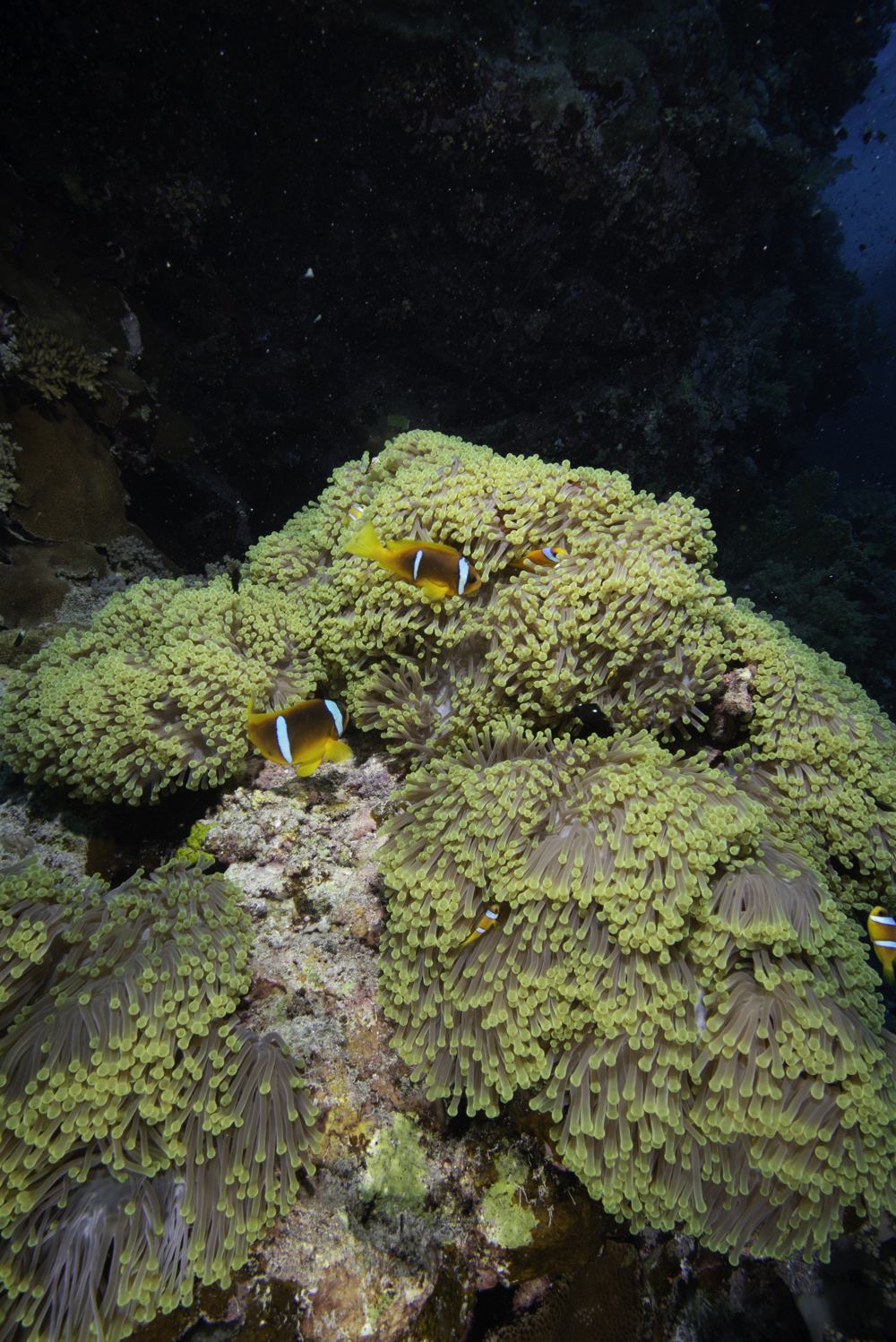 This particular Nemo City held around thirty individual anemones (at my best estimate) of the Heteractis magnifica species.  These are spectacular anemones with bright red skirts, though here they are happily expanded and only their bright tentacles are visible. 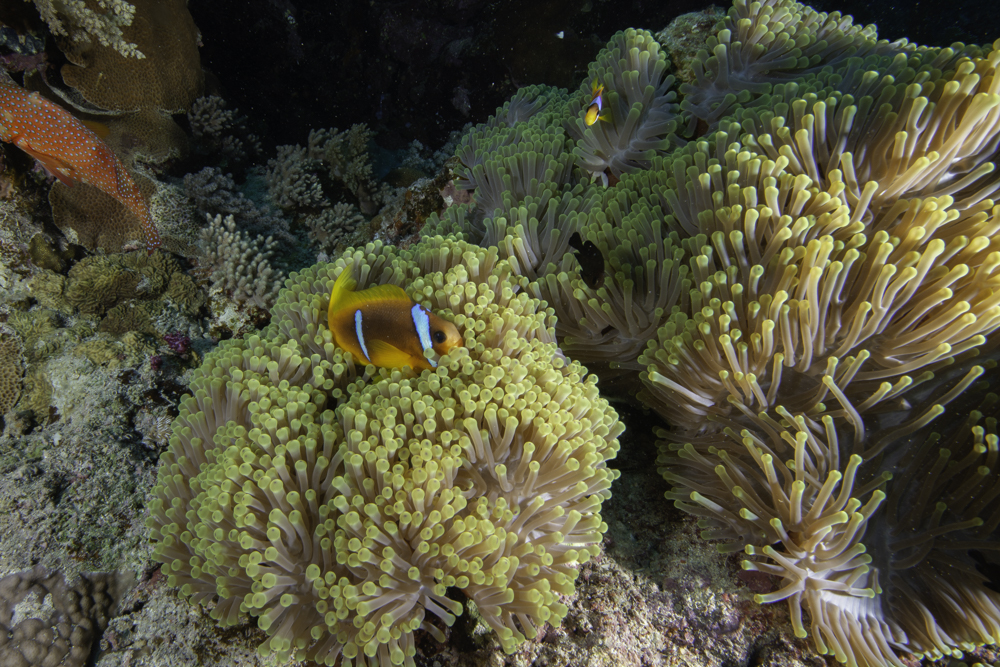 I gave up trying to count the Amphiprion bicinctus clowns that were lucky enough to have this huge complex of hosts to live within, and couldn’t begin to work out which fish (or indeed fishes) were the dominant, breeding females.  As you can see there are also a lot of juvenile Dascyllus trimaculatus hosting within the anemones’ tentacles.

I have seen at least five examples of this species of anemone covering large parts of a reef, with, presumably, individual ‘nems splitting to form new individuals.  I wonder then if the whole mass are clones of some original animal?